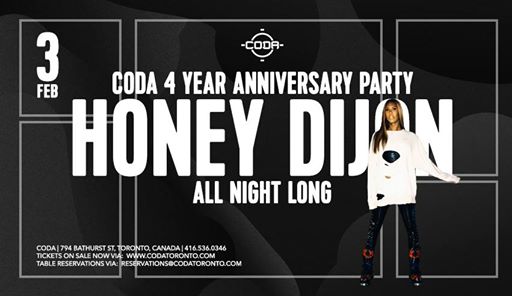 About four years ago, Toronto’s dance floor haven CODA first opened its doors. Throughout its young history, the club has hosted many of dance music’s biggest names with countless once-in-a-lifetime performances, and that’s despite being a relative newcomer in Toronto’s underground club scene.

With its anniversary fast approaching, CODA is expressing gratitude to the community, especially the club’s dedicated fanbase, the best way it knows how: with a dance party, of course.

The anniversary will be a two-night event on February 2 and 3. Gracing the decks for this special occasion are Franziskus Sell and Jakob Hildenbrand, known as Berlin techno duo Format:B who will perform on February 2.  Sharing a vibrant history with music; Jakob started out playing bass guitar in jazz and funk bands, while Franziskus was mastering classical piano lessons. The duo has become one of Germany’s most successful electronic acts. 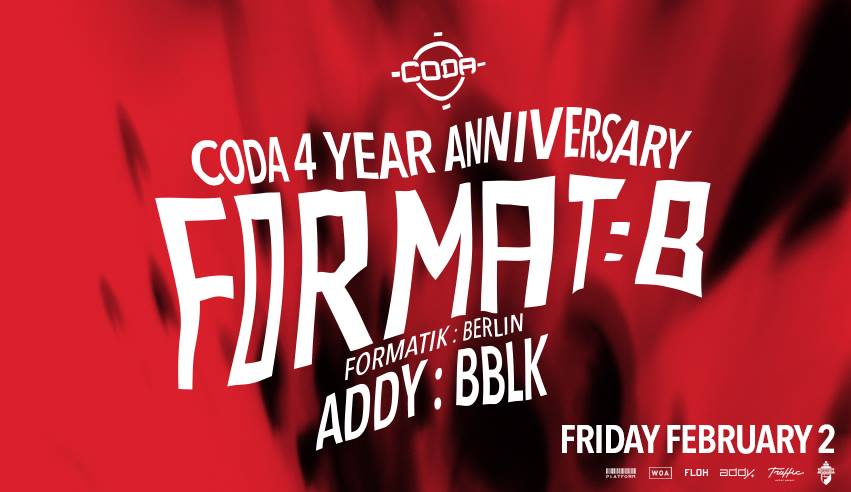 Performing on February 3 is Chicago House legend Honey Dijon, an act that needs little introduction. A mainstay at Berghain/Panorama Bar in Berlin, the mecca of nightlife culture around the world, and a veteran with plenty of skill and energy behind the decks, Honey Dijon’s sets are must-watch performances.

Get your tickets through this link.

For more information, check out the event page.