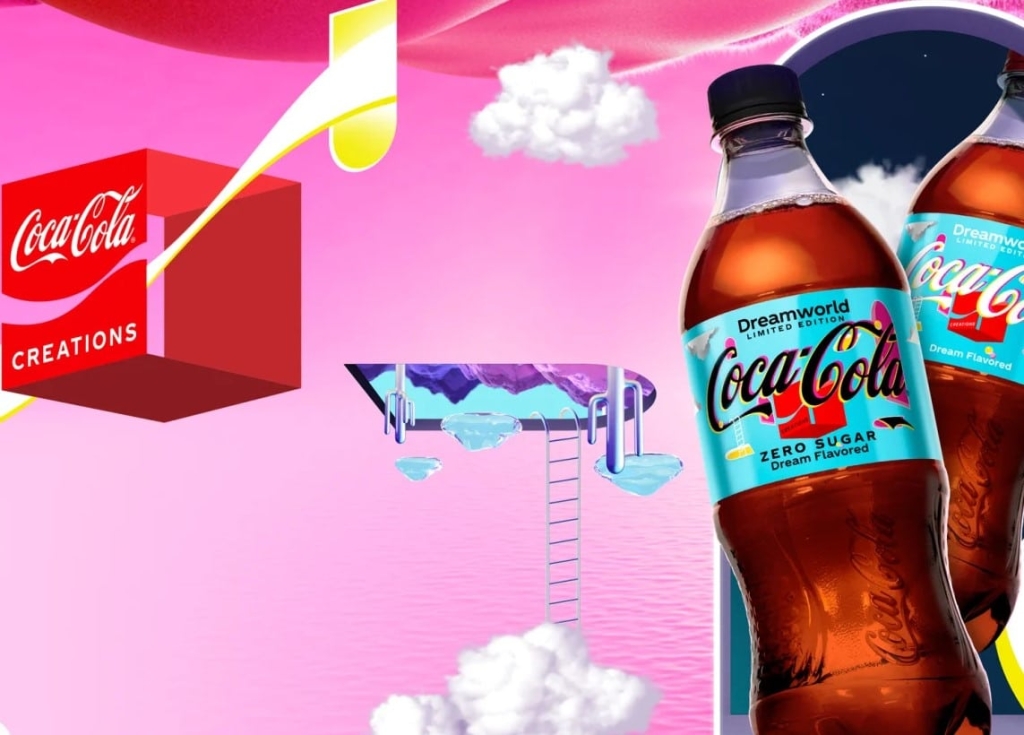 Inspired by EDM and in partnership with Tomorrowland, a new flavor of Coca-Cola wants to transport its consumers into a dream world. Fans will be able to scan any Dreamworld package on their mobile phone to access the Coca-Cola Creations Hub, where they can unlock AR music experiences.

The fourth and final Coca-Cola Creations drop of 2022, “Dreamworld” incorporates surrealist themes with technicolor imagery that recalls the sights and sounds of raves. According to a press release, the company aims to” evoke the boundless creativity of the human imagination to the unmistakable taste of Coca-Cola” by marketing to Gen Z.

“Coca-Cola Dreamworld taps into Gen Z’s passion for the infinite potential of the mind by exploring what a dream tastes like,” said Alessandra Cascino, Creative & Shopper Program Director, Coca-Cola North America Operating Unit. “Like the Coca-Cola Creations that came before it, Dreamworld plays with the unexpected and will no doubt provoke discovery and debate among consumers…which we welcome.”

“Like the Coca-Cola Creations that came before it, Dreamworld plays with the unexpected and will no doubt provoke discovery and debate among consumers… which we welcome.”

Coca-Cola Dreamworld taps into exploring what a dream tastes like.