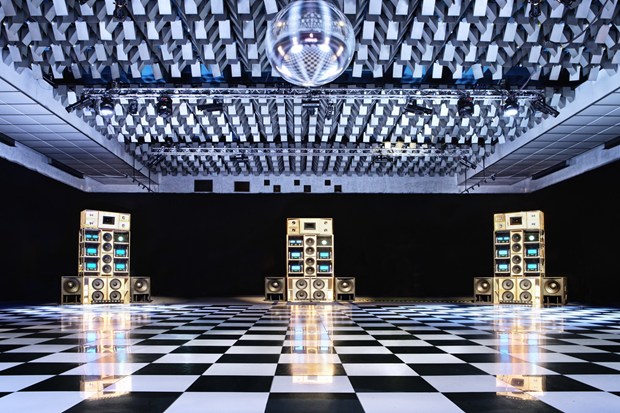 When Coachella released its line-up this week, a few discerning audiophiles noticed that right at the bottom, it read “DESPACIO All Weekend Long”. With no further information, plenty of chatter began on Facebook speculating what that could really mean.

In late 2013, 2manydjs’ David Dawaele explained in an interview with Wired UK that, “with most gigs, people are turned toward the DJs looking at what you are doing. It becomes a performance. With Despacio, the sound is the star. In Manchester, people didn’t want to take pictures with the DJs, but with the stacks.” The star in question was the 11.5-feet-tall stack of speakers built by LCD Soundystem frontman James Murphy together with sound engineer John Klett and both members of 2manydjs.

Despacio’s 50,ooo watt sound was initially built for a special vinyl-only performances in Ibiza. The purpose of the audio project was to showcase an eclectic mix of music, combining new wave, pop and flamenco that would embody the signature Balearic sound Ibiza is famous for. It is with this in mind that the four audio aficionados began to put the system together, initially sketched out based on the infamous sound system of New York’s Paradise Garage.

The drawings continued over the next 6 months and when the opportunity to use the ever-growing sound system in Ibiza fell through, the artist trio found the opportunity to debut it at Manchester International Festival. McIntosh Integrated, best known for the Grateful Dead ‘Wall of Sound,’ was called in to help finish the system with 4.5 tonnes of amps. When all was said and done, all four involved ensured that the aesthetics of the amps matched their quality of sound, finalizing a project that is arguably one of the best sound systems in the world.

Instead of the DJs being a focal point of the performance, the trio’s booth was positioned at the back of the room with the crowd. The purpose for this was to give them the opportunity to listen with those they were playing music to and for, rather than take the attention away from the music. 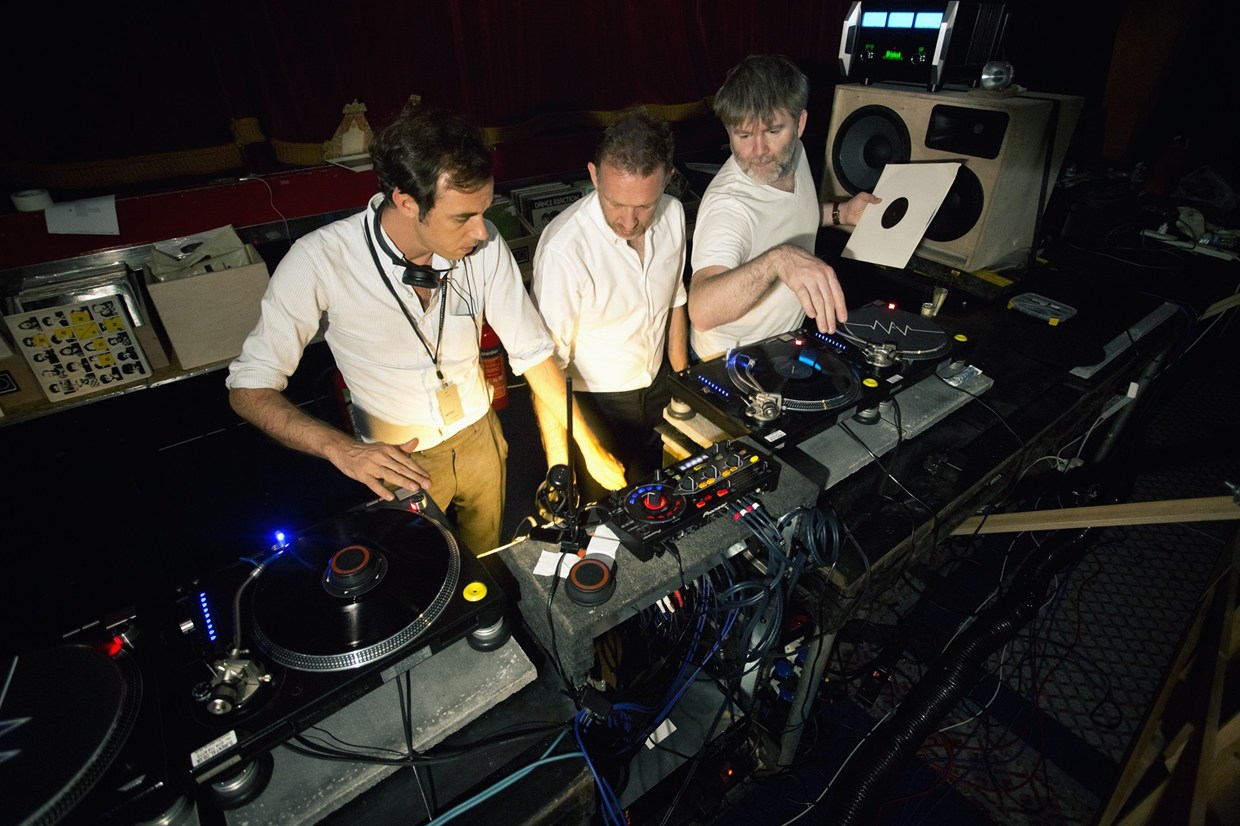 Despacio played other gigs after Manchester but the project seemingly died down since. The project, designed to encourage DJs to alter the course of the growing “show-spectacle” scene is now returning for a special all-weekend-long performance at Coachella 2016.

No further information has been made available and while we do not know if the speaker system has been upgraded, how it will be run or if it will replace the sound system of an extant stage such as the Yuma Tent, it is safe to at least speculate that other artists might be involved with performing on it. At best, it can be assumed that this may be the case when James and the Dewaele brothers perform as the front-man of LCD Soundsystem and 2manydjs respectively.

In the meantime, we look forward to hearing more about Despacio and how the project will play out over both Coachella weekends in April.