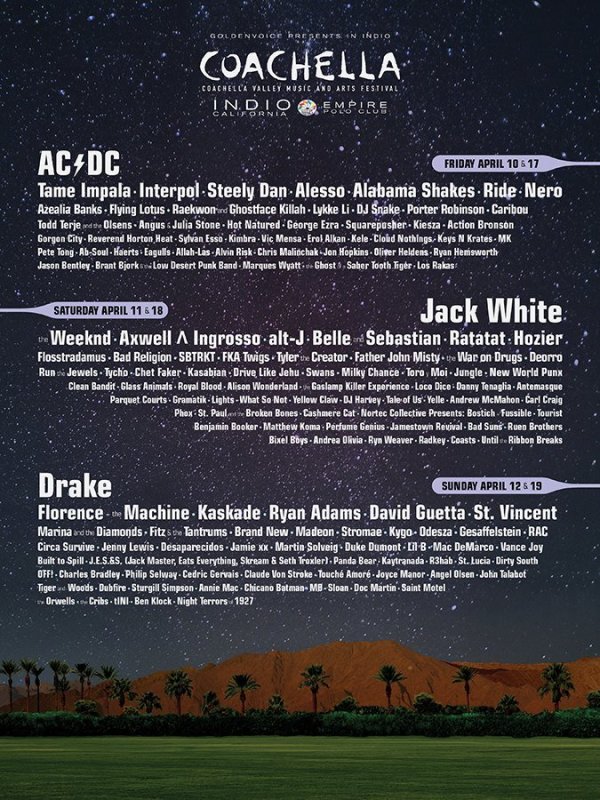 The time of year has come where Coachella announces their lineup for the massive festival in Indio, California taking place the second and third weekend of April. Throughout the years the festival has become notorious for booking serious talent from all areas of the music spectrum. This year we really see that range being put to the test with artists on the bill ranging from AC/DC to Ben Klock. The amazing thing about Coachella is the variety when it comes to the music (on paper at least, can’t speak about the crowds because I am still yet to attend). But the point is you can go from seeing groups like Bad Religion or Steely Dan to Tale of Us and Danny Tenaglia. That’s variety that not many festivals can achieve.

The festival succeeds at delivering a healthy and eclectic lineup, but this year is one that all the dance fanatics surely will appreciate. The list of dance artists is rather impressive including but not limited to artists such as: Loco Dice, DJ Harvey, Carl Craig, Tini, Dubfire, and Claude Von Stroke. This doesn’t begin to scratch the surface of the talented dance artists on the lineup, but it is a solid start. Take a look at this enlarged flyer and see if you can pick out some of the other epic names that will be in attendance. 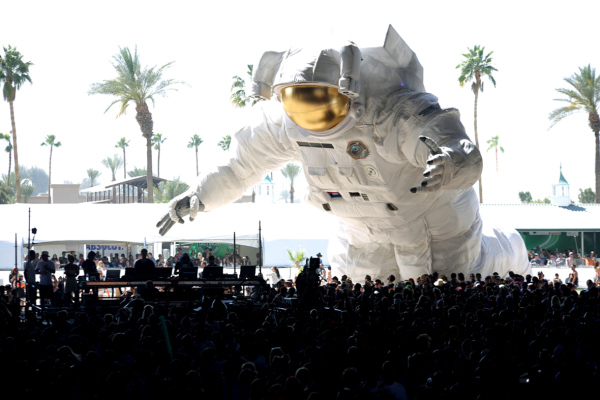 The music is always the focal point, but like many festivals these days there is so much more to offer to give the attendees a full and satisfying experience. Festivals such as EDC, Wonderfruit, Kazantip, etc all branch out into other forms of entertainment that help set them above the rest. Staying true to that, Coachella will continue to host an array of installations that are true works of art. Giant robot sculptures, bizarre architecture, and vibrant light installations were among some of the highlights last year. Expect nothing less in 2015 out in the serene landscape of Indio.

Per usual, general admission tickets have sold out, but there are still VIP packages and general admission with parking passes for those who are truly craving the Coachella experience. For those interested in buying a ticket you can head over to the Coachella page, or I’m sure you’ll be able to find someone in the community selling one of their weekend passes.

Overall it looks like another very promising year for the Coachella team and all the attendees throughout the two weekend extravaganza. Between the art and world class music everyone should be in for quite a treat, and we’ll be eager to hear the reviews from Weekend 1 attendees. It’s that time of year again, and festival season will soon be upon us.