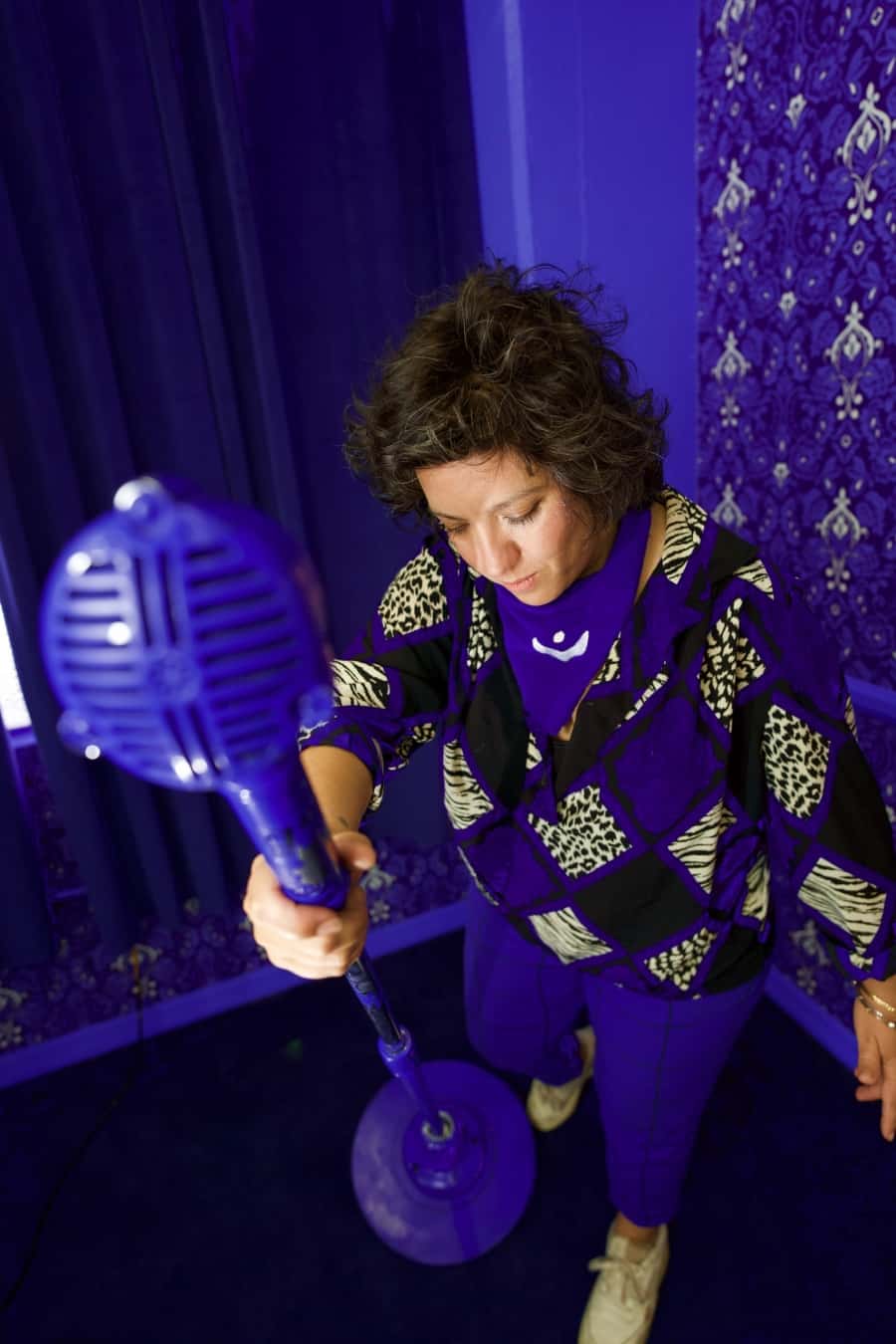 Based in LA since 2004, Sarah Badiee has stayed active in the SoCal music scene with various projects including playing bass/Ableton Live in the electronic band, Naiswan, holding residencies in various venues, and booking talent for festivals that include lineups of live acts, dancers, and artists of all forms.

Her solo project, Club Indigo,  spawned in 2018 with her first performance as a supporting act for Kaskade and releasing an authorized remix of “Underwater” by Rüfüs du Sol.

Club Indigo’s latest single for the album, Lean Into It, debuted only with a YouTube video filmed all in one shot and with no film cuts. The song and video depict the feelings of frustration with a tormented American society.

The full album, entitled “Welcome to Club Indigo”, will initially be privately released and only be sold through her website along with an NFT film that will be sold through Friday, 6/17.