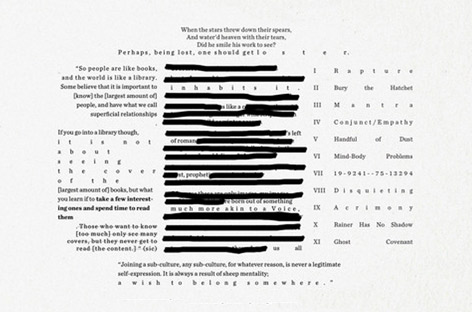 CW/A, the brainchild collaboration between Clockwork and Avatism, will release their highly anticipated debut album titled Words Unspoken, Acts Undone on October 16 via Parachute Records. The 11-track album incorporates a variety of elements from their live performances into 12″ vinyl and digital format, ranging from UK Bass to minimal and dub techno.

CW/A began as a project in 2013 between the two prominent artists as a departure from the typical club setups in terms live performance. The duo has since paved a new discourse in electronic music production and execution. Their eagerly awaited album is a throwback to the original underground vibes of the nineties with a modern technological touchup that is relevant to the current scene.