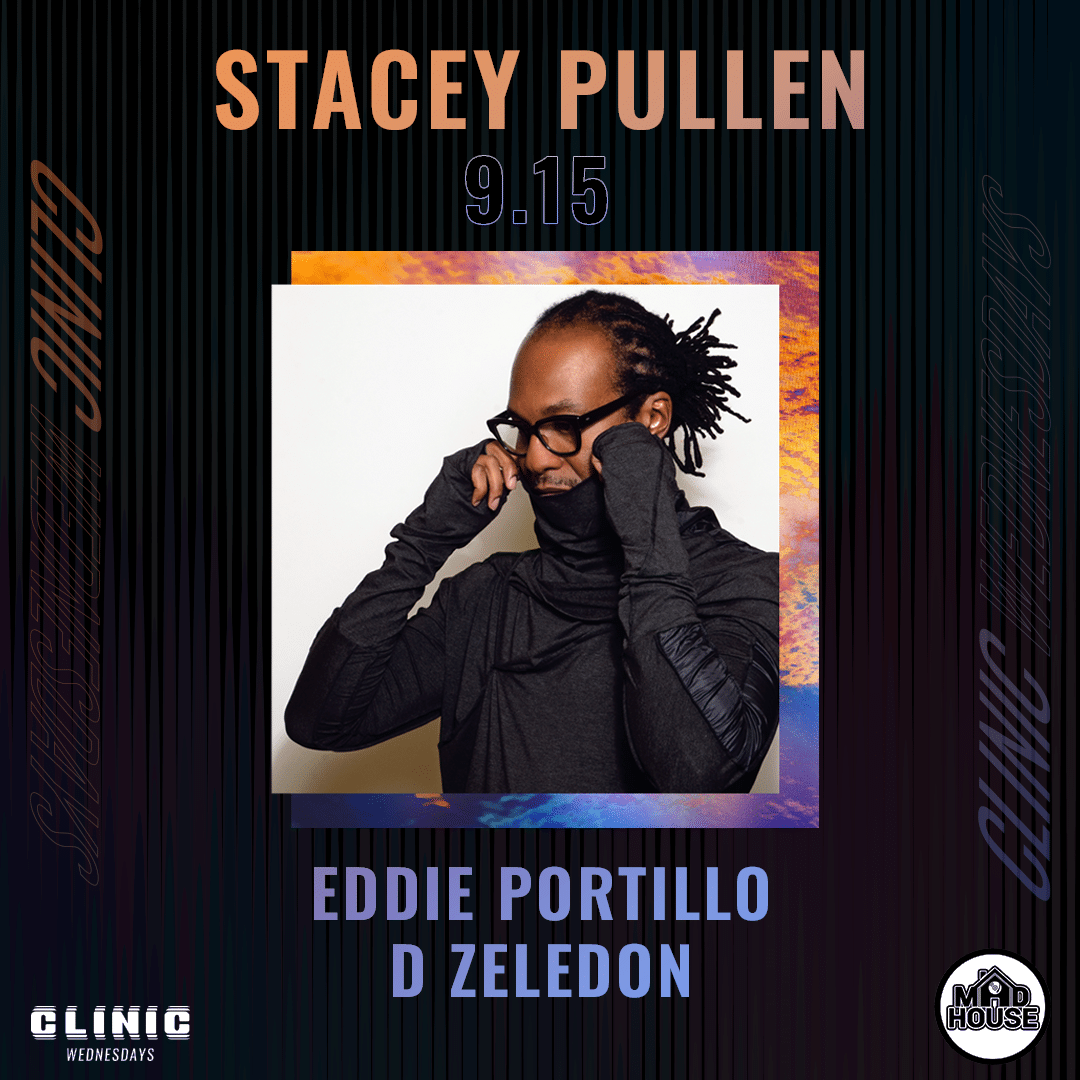 Techno DJ and producer Stacey Pullen is rolling through LA on September 15. Clinic & Madhouse also welcomes Eddie Portillo and D.Zeledon to kick off the night.

Stacey Pullen is the Kosmik Messenger. An innovator from the second wave of Detroit techno, he continues to produce his characteristic atmosphere-laden electronic sound. Pullen compounds his reputation as a producer with that of being one of the world’s most in-demand DJs.