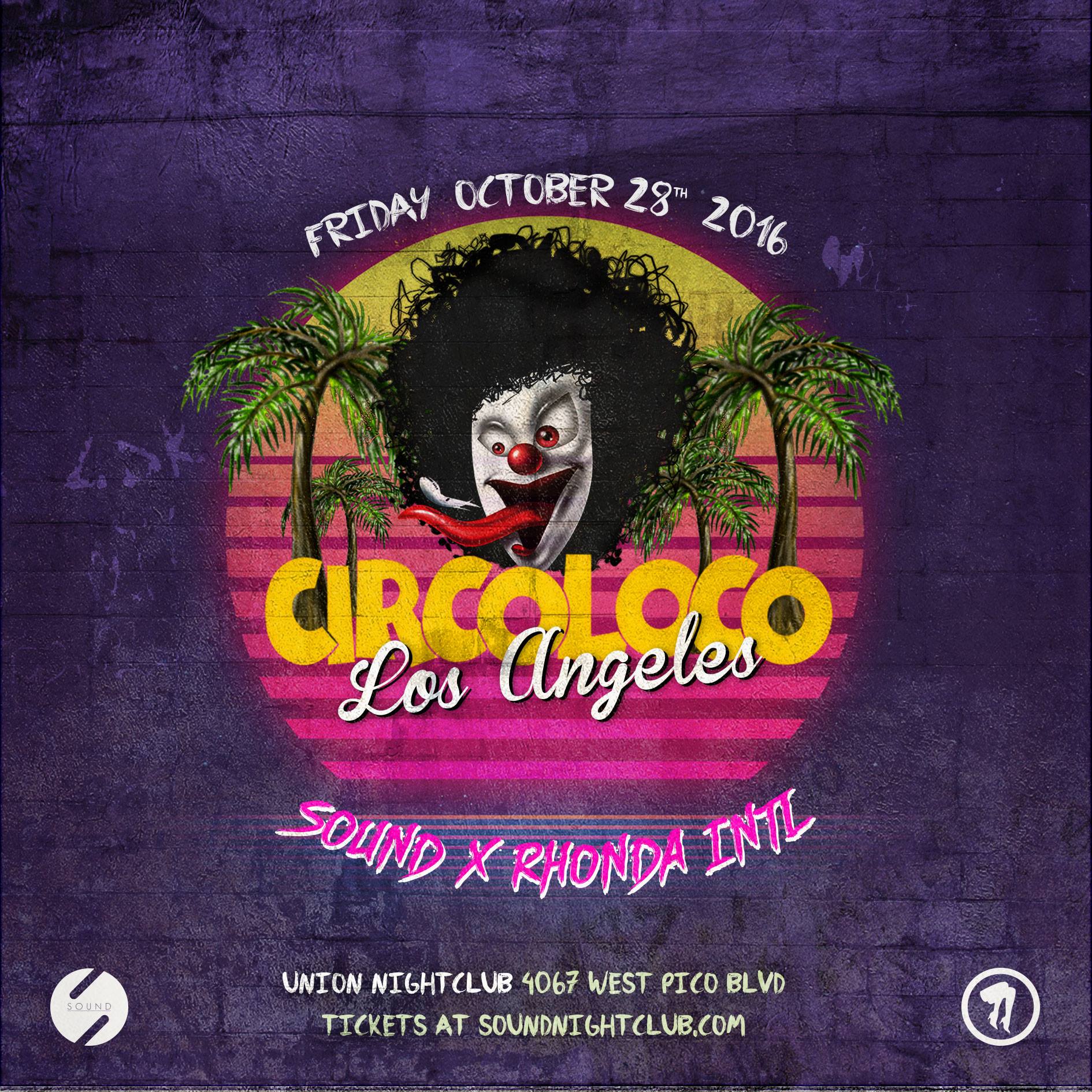 The infamous Circoloco party is touching in Los Angeles this coming Halloween weekend for a special event organized in collaboration by Sound Nightclub and Rhonda INTL.

Circoloco began as a humble underground-centered party at DC-10 Ibiza in the distant 1999, elevating the status of the previously unknown venue to one of the most sought-after clubbing destinations of the entire world. In the years since, the recognizable Crazy Clown face that symbolizes the no-holds-barred spirit of the Circoloco parties has traveled around the world and back, becoming an unmistakable icon of the international underground dance music scene.

On Friday October 28th, house music fans in Los Angeles will get to live the true Circoloco experience with a night featuring none other the Black Coffee, Damian Lazarus, David Squillace, and The Martinez Brothers, as well as the First Lady of Circoloco and Queen of DC10 Ibiza Tania Vulcano, Los Angeles-based Eagles & Butterflies, Germany’s Konstantin, Paris’ Rex Club resident Jennifer Cardini, duo Eli & Fur and last but not least Rhonda’s very own GODDOLLARS.

The event will be held across three rooms at Midcity’s UNION nightclub, promising a one-of-a-kind night for lovers of incredible music and atmospheres. As two of the premiere underground house and techno promoters in the Los Angeles area, Sound Nightclub and Rhonda are partnering up for the first time ever for what is sure to be an unmissable Halloween party for anyone in Southern California.

You can buy your tickets here and RSVP to the event on Facebook.