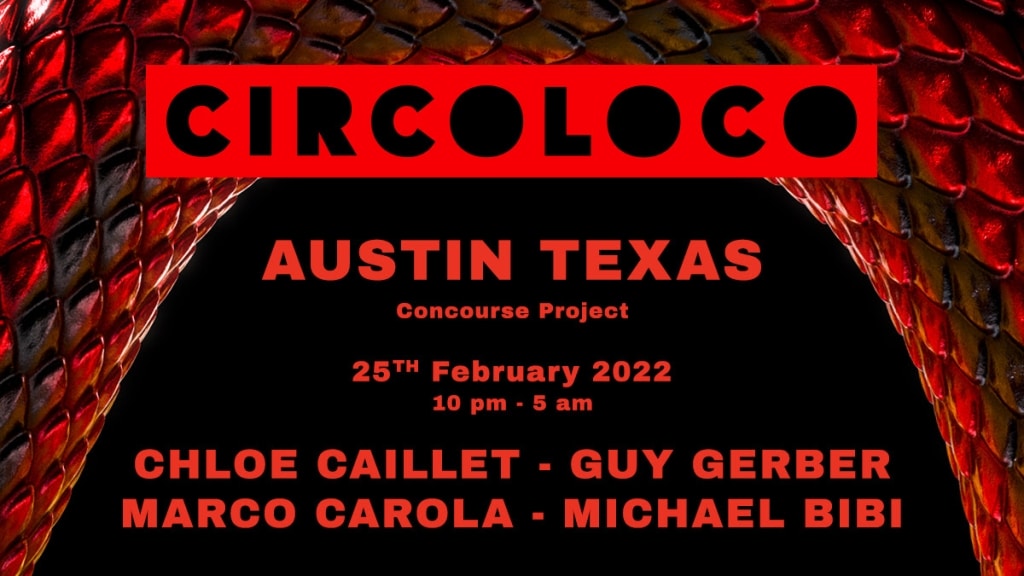 Today, revered underground party brand CircoLoco announced their return across the Atlantic to host their first U.S. date of the year, touching down for their Austin, Texas debut on February 25 at the Concourse Project. The show will be produced in collaboration with longtime North American partners, Teksupport and local partner Stranger Than. Following the success of CircoLoco’s 2021 U.S. tour, which saw CircoLoco curate world class dance floors in New York, Miami, and Los Angeles, the brand is poised to continue their U.S. pilgrimage, bringing their globally admired Balearic rave stateside once again.

CircoLoco is one of underground dance music’s longest running brands, representing house and techno for over twenty years through its parties at Ibiza’s DC10 and around the world. As its reputation has grown, CircoLoco’s dance floor has become a principal intersection between underground dance music and elements of fashion, art and wider culture.

You can purchase your tickets here