Sampled Detroit is celebrating 15 years of music, and we have asked founder and owner Chuck Daniels to weigh in on the massive history of the label, going through its accomplishments and the tracks that best highlight the sound of what is undoubtedly one of Detroit’s most influential modern-day imprints.

Thank you to all at 6AM for the opportunity to talk about this special year. I have had so many exciting opportunities and experiences in the past few months. This article celebrates 15 years of music from my label, Sampled Detroit, and I am very lucky to have been surrounded by very talented friends throughout my journey.

I started this whole thing with Jason Hodges, one of my closest friends and colleagues. I do own the label, but it is really a partnership with two other key players involved–Wally Callerio and Dimitri Max a small in-house label can be challenging, since I must always wear many hats. Although Sampled Detroit is 15 years old, I have been deeply involved in the Detroit dance music scene for well over 20. Now, in 2017, I have really had the chance to spread my wings a bit and share my love of music with a greater audience.

I grew up in the late ’80s early ’90s playing music of all genres at very different venues. The ’90s were an especially memorable time for me. Pop music was diverse and even some mainstream clubs afforded the opportunity to integrate house, techno and Booty music into my sets. Unexpectedly, but to my delight, Kevin Saunderson asked me to remix one of his alias projects, Inner City. Kevin requested that I remix Good Luck, a new tune for the re-launch of Inner City with his son Dantiez. The remix was well-received and then played on Pete Tong’s BBC Radio 1 show by Kölsch.

This led to an upsurge in my career. I continued with a remix for Seth Troxler’s imprint Play It Say It. I spent about two years collecting remixes, and after finishing one myself we finally released it. The time spent paid off and it soared to the #1 spot in the Beatport House category. It is still currently in the top 10, having remained there for the past 6 weeks. That track, Thrillseekers, received two plays on BBC Radio 1, including a play by Eats Everything, calling it “the tune of the summer”. I am currently working on some other very exciting remix projects, including one for Osunlade on his label Yoruba, in collaboration with Oliver Dollar. This remix is due out later this year. I am also currently working on a remix with Jason Hodges under our Border Patrol alias for Jesse Rose’s final release that should be out later this year. Next onboard will be a remix I’m doing for DJ Heather and her label, Apollo, with Dan X and Lil Mark. As you can see, most of my time is spent in the studio finishing remixes. My eventual goal is to move forward on some original material and more collaborations. 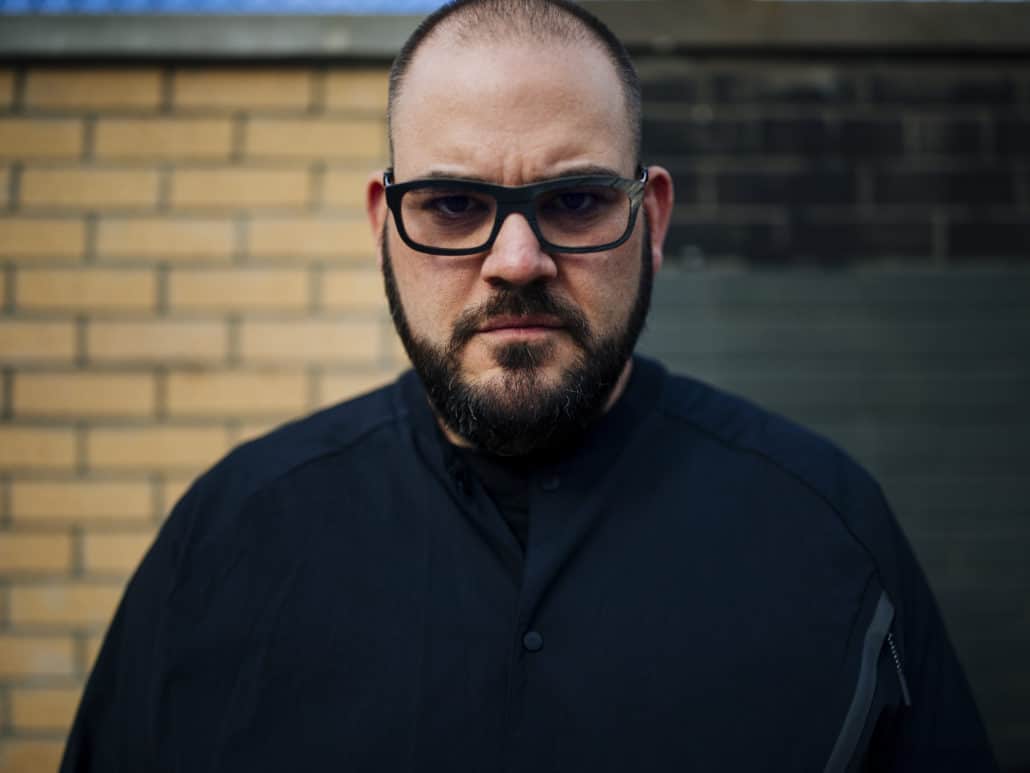 I love working with friends; collaborative work really keeps me motivated and is always fun. Currently, I am working on tunes with Gene Farris, Amp Fiddler, Jason Hodges, and Burning Bridges. I just finished two collaborations. One is with Wally Callerio for his new album, Quincy’s Groove, named after his puppy that unfortunately just passed away. At the end of this month I also have a two-track EP coming out on my label, Sampled, with Matthew K from Berlin. “Rhythm & Sound” is a bit darker, touching on the roots of Detroit and Berlin Techno.

All of this brings us back to your original question: What has changed for me and Sampled Detroit during the past 15 years? The original reason I started this label was to have a music outlet for my friends and me. We were new artists at the time, and getting tunes signed by labels was not an easy task. People often discuss many changes in the music scene, but I personally feel things are not much different now. I still produce music and play dance music. I go to clubs, parties, raves, and still see a lot of the same people out. I hope to continue to play music for my friends and fans for many years to come.

We live in a creative world. There are so many outlets that allow artists to explore their creative juices, and that has been the biggest change for me. I have the freedom and ability to put out my creative works without anyone’s approval or help. There are so many free places to post, share, and perform music/mixes. I remember when there was only one party on a weekend, and one or two record stores to visit. Sometimes the only way anyone could listen to House and Techno was at a rave on the weekend or once in awhile on the radio when they would feature a special show. If you were not a DJ and did not have access to this music, it could be difficult.

Now an abundance of choices are available for sharing music with new tunes or mixes on Soundcloud, Spotify, Mixcloud and podcasts, and these are accessible 24/7. Not everyone does this for the fame, fortune, money or even just as a career. Some of us just need a place to express ourselves and I think the world is more accepting of some of the forward-thinking creativity we see today. It is posted on walls, printed in magazines, and played on the radio and clubs all over the world. Some major cities are covered with street art legally, and young aspiring artists now have the chance to be in the limelight in front of bigger audiences. I really do feel that if you want to do something creative, the time is now. It is our time and we have several outlets and opportunities at our disposal.

To celebrate the past 15 years of Sampled Detroit and to highlight what has been such an amazing year for me so far, I have put together selections from past releases on the label that have been essential to the make-up and essence of its imprint, in addition to a few remixes that were just released. I deeply appreciate all who have devoted their time and energy toward the development and growth of Sampled Detroit for the past 15 years. You have helped me pursue my dreams and passions. In keeping with the theme, big ups to all of you at 6AM for giving me an outlet to share my story.

This a remix I did for Seth Troxler’s label, Play It Say It, of a track by Detroit friends Andy Toth & Billy Love. My mix of “Thrillseekers” went to number 1 on Beatport House chart and is still currently sitting in the top 10 after about 6 weeks.

Honored to have remixed a legend. This tune was well received and got some plays on BBC Radio 1 and I was naturally so stoked to have been a part of Kevin’s 30th anniversary this year for KMS Records.

A special tune a did with good friend my good friend Wally Callerio for his label Dufflebag in honor of his pup that recently passed. RIP Quincy Bones

Alias of good friend and long-standing label staple Dimitri Max with his first release under his new name. This tune sat in the Top 10 at Traxsource for several weeks and seemed to be a favorite of many DJs, which resulted in him getting recognized by a few big league chews like Claude VonStroke & Mark Knight.

Definitely a milestone for any label. Having one of our all-time favorite artists do a remix is always an honor. There were many other amazing remixes on this project too including one from Mark Farina.

To date one of the top tunes for the label. Jason has been with Sampled from the beginning and this was such a great tune paying tribute to Hip-House with vocals by William Alexander.

Mikey is such a talented guy and we just love his tunes. This entire EP was great, fantastic results on dance floors and played in many of my sets.

8. Jeremy Joshua – “Thinking About Your Face”

Also one of the biggest tunes for our label. This one was licensed by Dick Clark Productions’ TV show “So You Think You Can Dance.” Jeremy has had many great releases on the label and has alway’s had close ties to Sampled.

One of the first tunes Jason and I did together as Border Patrol and it still works well on the dance floor. Our friend DJ Heather recently just rocked it out during her set for Boiler Room in Chicago.

JT has always been one of our favorites and this is one tune on the label that never grows old. JT’s tunes always seem to have that touch of class!