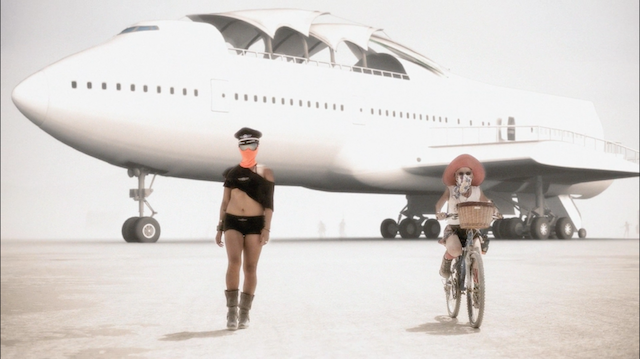 The impressive structure was organized by the Big Imagination Foundation, who employed the help of a small team mechanics, architects, welders, and electricians across the space of several months to salvage the abandoned 1985 Boeing 747 commercial jet for what has been dubbed as the “largest moving art experience ever made.” 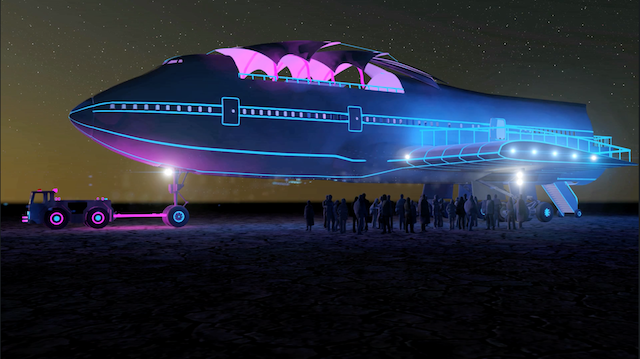 Big Imagination’s art plane is approximately 135′ long, 64′ wide, and 34′ tall, having been stripped of its original interior and re-imagined for perfect Playa use. Attendees at this year’s Burning Man have been able to experience this unique art installation at several locations, as the plane is being dragged around day and night  by a 48,000-pound aircraft tug car—one of the tractor-like vehicles you see escorting giant planes from their gate before takeoff. 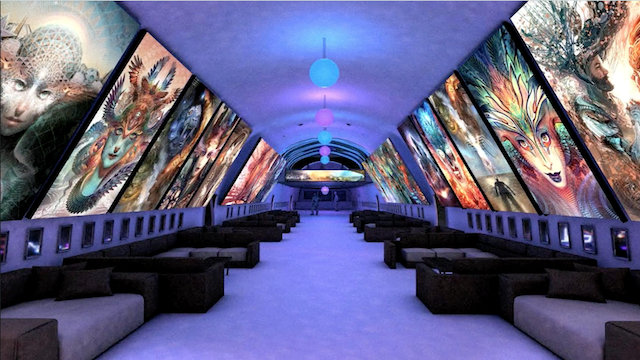 The project’s creators have gone beyond making this a visual project, asking boarding passengers to create an “Emotional Baggage Tag” with personal answers to the question, “What baggage do you need to lose?” Coupled with a boarding pass question asking, “Where are you going?” Burners will be posting the answers on the wall alongside others’, adding a psychological element to the already visually-stimulating experience.