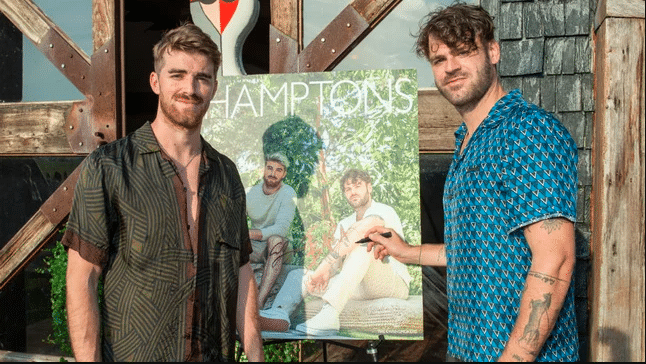 Footage from the concert went viral, showing attendees rammed up against one another, not social distancing and not wearing masks. Shortly after video emerged, New York Gov. Andrew M. Cuomo went on record and stated that the Department of Health would officially investigate the event.

Today Gov. Cuomo announced that the Department of Health has charged the show’s promoter, In the Know Experiences, with violating the Public Health Law “for holding a non-essential gathering and failure to enforce mask wearing.” The company is being fined $20,000 for the violations.

According to the governor’s press release, the Department of Health’s findings state that over 2,150 people attended the Chainsmokers’ show, exceeding what was legally permitted given the pandemic. It is for this reason that the promoter who organized the Chainsmokers’ event will be fined $20,000.

The press release continues, “In addition, the event was not held in accordance with other safety measures outlined in the permit application and promotional materials, and created conditions that increased the risk of spreading COVID-19 in New York.”

The Chainsmokers concert promoter is charged today with violating an Executive Order and Section 16 of the Public Health Law. As I said immediately following reports of this event, it was an egregious violation of the critical public health measures we have had in place since the beginning of this pandemic to protect New Yorkers from COVID-19. We will continue to hold people and businesses accountable for their actions and the local governments must enforce the rules or else we will hold them accountable as well.

NEW: Following an investigation into the Chainsmokers concert in the Hamptons this summer, the promoters will be fined $20,000 for violating public health law.