You are here: Home / News & Features 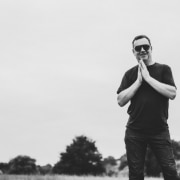 Nick Warren’s CRSSD debut is right around the corner, and he forms part of a premiere line-up that has sold-out the spring festival. The progressive house DJ and producer is ready to take the decks in San Diego during the weekend of March 7-8 alongside leading electronic artists including Rufus du Sol. The Australian trio are partnering with festival organizers to raise funds for the Australia bushfire relief funds. We chatted with the Bridport native on his career legacy and rise to prominence as well as leading a balanced life on the road.

END_OF_DOCUMENT_TOKEN_TO_BE_REPLACED 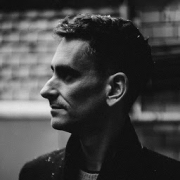 For the past fifteen years Argentinian-born, Barcelona-based producer Juan Pablo Pfirter has been pushing a sound that is undeniably steely, dark and uplifting, true to the founding principles of the techno’s tetramorph but eager to throw his own vanguard, personal touch into the mix.

At the end of 2019, the label boss was talking about a busy year ahead for MindTrip and now we know exactly what he had in mind.

Fresh and new collaborative projects will debut on the label in 2020, starting with Pfirter’s powerful shared EP with Oliver Rosemann who is no stranger to the world of MindTrip. Together they go as dark as they feel across 4 impressive cuts on their Alpha release, blending peak time-intensity with Industrial grooves and dark side body music their own way.

Alpha becomes the first of multiple collaborative concepts that will expand further over the year, with 2020 looking to truly be one of the busiest years for both MindTrip and label chief Pfirter.

END_OF_DOCUMENT_TOKEN_TO_BE_REPLACED 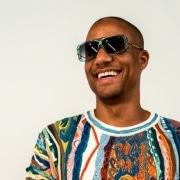 Ben Rau goes Knee Deep for his first release of the year The Player EP. Signing it onto Hot Since 82‘s label Knee Deep, the German DJ and producer shares the musical inspiration for his 18th EP and talks travel and touring. While he hasn’t played in U.S. clubs or venues yet, American fans might be seeing him sooner than expected.

END_OF_DOCUMENT_TOKEN_TO_BE_REPLACED 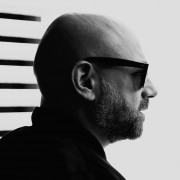 This 90-minute live set combines hardware, software, FXS and live mixing. Dynamic and evolving, 30drop delivers a set that builds from syncopated hypnotism through to the darkest, harshest of sounds.

END_OF_DOCUMENT_TOKEN_TO_BE_REPLACED

In a scene that sees thousands of new artists emerge each year, it’s difficult for anyone to truly stand out. Fortunately, that is not the problem for Anakim, a Los Angeles based producer who is making a large impact in the dance music community. Anakim’s dedication to innovative production methods has led him to release his music on some of dance music’s biggest labels including mau5trap, EIN2, Dear Deer, and most recently, Desert Hearts Black, as well as a debut on our Global Vibe Radio mix series for episode 125 back in April 2018.

Anakim began building his unique sound at the renowned Icon Collective Music Production School. After graduating, he continued to polish and perfect his production methods which have led him to unprecedented success, including a coveted booking at Coachella’s Yuma Tent in 2018. Most recently, Anakim was named as one of Billboard Dance’s Emerging artists for 2020.

Kicking off the decade with his Billboard recognition and his newly released ‘Poseidon’s Revenge’ EP on Desert Hearts Black, which you can find on Beatport, Anakim is showing no signs of stopping anytime soon. We examine his budding career in our chat with him around the release, diving into his unique experience coming up in such a bustling music scene and his path to success on a more global scale.

END_OF_DOCUMENT_TOKEN_TO_BE_REPLACED 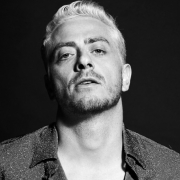 Born in Siena, raised in Naples, it took a trip to London for Davide Squillace to finally discover electronic music. Wooed by the mood and sound of the British scene, he returned to Naples flush with energy, excitement and a knowing that this new calling would.
END_OF_DOCUMENT_TOKEN_TO_BE_REPLACED
https://www.6amgroup.com/wp-content/uploads/2020/02/DS_PIC_5.jpeg 640 453 Marco Sgalbazzini https://www.6amgroup.com/wp-content/uploads/2017/02/6AM-Basic-black.png Marco Sgalbazzini2020-02-09 17:48:052020-02-10 11:27:34Davide Squillace: My Five Current Favorite Records 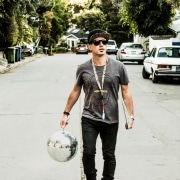 It’s arguably been far too long a time a comin’, but there can be no doubt right now that the disco revival is very much in full swing right now, and Birdee is an integral part of that

The highly influential genre has experienced its fair share of highs and lows, and although it helped give rise to what we now define as ‘house’ music, it’s been put on the backburner for some time now. In recent years however, it’s storming resurgence can be attributable to the likes of Defected’s Glitterbox parties, which have proved to be some of Ibiza’s best loved parties over the past few years. And besides… isn’t disco just bloody great?!

One man who definitely epitomises this shift is Birdee aka Marcello De Angelis, an LA-based Italian producer making great waves recently thanks to a string of brilliant releases and killer collabs. Indeed, his latest releases see him side up alongside some seriously respected players, not least Strictly legend Barbara Tucker.

A man who’s been doing his thing for years but is now rightly gaining prominence, we checked in with Birdee recently to find out what’s happening in his world…

END_OF_DOCUMENT_TOKEN_TO_BE_REPLACED 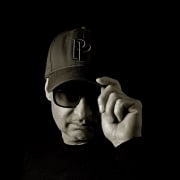 Italy’s Mo’Key (aka Mo’Cream) has been a producer since the ’90s, with his first production under the guise Workin’ Happily ‘Make My Move’ released in 1993. His productions and remixes have graced labels such as Zippy Records, Quantize, King Street, UDP, Casual, Ocean Trax and many more.

As his latest release ‘So Close To You / One Night’ drops on the new Italian label Major Underground, 6AM digs deeper…

END_OF_DOCUMENT_TOKEN_TO_BE_REPLACED 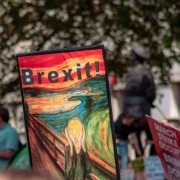 Given the taxing and costly Visa requirements, we already know how difficult it is for up-and-coming Non-American artists to tour in the United States. Soon, the same fate may be in store for British artists.

With Brexit looming, the music industry in the United Kingdrom faces an uncertain future when it comes to homegrown touring artists that may find it near-impossible to venture out of the country to expand their name and play their music to new and established fans alike.

END_OF_DOCUMENT_TOKEN_TO_BE_REPLACED 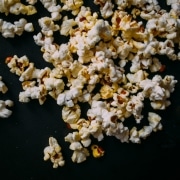 Every show and festival-goer needs their downtime away from all the noise and dancing. It can’t always be: eat, sleep, rave, repeat. Sorry, Fatboy Slim. We’ve rounded up a list of music documentaries that teach us about the lives of DJs, the history of electronic dance music and its rave culture. Hang up your shoes and kick your dancing feet in the air to learn about our music roots: