Archive for category: 6AM Interviews

You are here: Home / 6AM Interviews 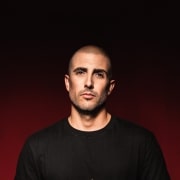 Spanish DJ Dennis Cruz’s “Mother Earth,” a track out now on Damian Lazarus’ Crosstown Rebels, takes inspiration from Mother Nature herself. The electronic music producer uses this song that forms part of a compilation to raise awareness of the need to protect our community and environment. His latest release is just seeing the light of day now, but it’s a track that’s been under works since 2015. While relaxing in Miami before hitting the road for three-weeks in South America, Dennis gave shared a little of his creative approach, some producers on his radar and what’s in store for 2020.

END_OF_DOCUMENT_TOKEN_TO_BE_REPLACED 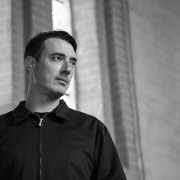 Andre Kronert represents the epitome of the new wave of Berlin techno; his style is analog-fueled, driving, and often improvised. Shaped by his East German roots, he quickly fell in love with the industrial sounds and the DIY club culture that blossomed out of the fall of the Soviet Union’s departure from the region. It wouldn’t be long before a young Kronert began saving his money, building his own decks, and investing his life into becoming one with the music. Two decades later, he remains enamored with all things dark and pulsing, and it’s this passion that has made him a veritable staple in his home country. When not running his imprint Odd/Even or working his various other label endeavors, he can regularly be seen performing at Germany’s most renowned institutions including Suicide Circus, [ipsə], Lux, Berghain, and beyond.

END_OF_DOCUMENT_TOKEN_TO_BE_REPLACED 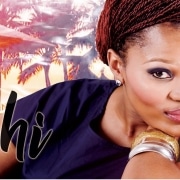 The enchanting vocal tones of vocalist Toshi have been captivating dance floors across the globe with releases with the like of Black Coffee, Armonica and many more.

With a new album just released with House legend Timmy Regisford and a single collaboration with both Timmy and David Morales out now, 6AM checks in with the South African songstress.

END_OF_DOCUMENT_TOKEN_TO_BE_REPLACED 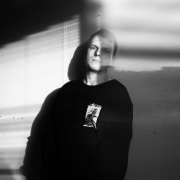 When it comes to composing music, one of the necessities is to know what the tone and the mood is going to be. That’s the way producers are able to express the emotion that’s embedded in their work. One artist that is an underestimated master at this is Kevin De Vries.

Kevin is the latest growing export out of Germany, now starting to play alongside some of the biggest names in the industry and there’s a lot to catch up on when it comes to his five years of success.

END_OF_DOCUMENT_TOKEN_TO_BE_REPLACED 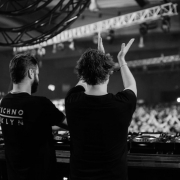 One of the biggest success stories this year has come from one of the latest techno duo to emerge out of Europe: Joyhauser. Already well respected in their home country of Belgium, the two were able to gain international notoriety after a line of releases charting and being played around the world.

Joyhauser fell on 6AM’s radar after their release Tribunal with Phobiq back in 2017. Ever since then, they have made Terminal M’s best of 2018 with their breakthrough EP C166W, a single at the beginning of 2019 called “Killer Bee,” and a spectacular remix to Amelie Lens‘ “Hypnotized” a few months later. Thanks to their work in the studio, they have gained the support from Adam Beyer, Marco Bailey, and Kevin De Vries.

END_OF_DOCUMENT_TOKEN_TO_BE_REPLACED 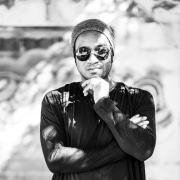 When one looks at Steve Rachmad‘s biography, it becomes extremely difficult to know where to begin in describing his dedication and work in the world of electronic music.

Both the list of clubs and festivals he has left an indelible mark on and his seemingly never-ending discography offer but a glimpse of his artistry. As a producer, he has been churning out timeless classics and dance floor gems under several monikers, including his own name, STERAC, Sterac Electronics, Parallel 9 and Ignacio, while as a DJ he has been constantly reinventing himself through his own signature interpretation of house and techno.

END_OF_DOCUMENT_TOKEN_TO_BE_REPLACED 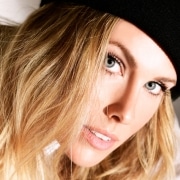 Balance. Ask any successful DJ and they’ll all say it’s a critical part of their chosen career path. For German DJ Anna Reusch, it’s a job with horses that helps her creative process. Based in Dresden (just outside of Frankfurt), the burgeoning DJ and producer is quickly becoming a firm favorite at home with releases on the likes of bouq, Transmit and Christian Smith’s Tronic labels and shows signs of most definitely moving in the right direction.

END_OF_DOCUMENT_TOKEN_TO_BE_REPLACED

Spirituality and music are intrinsically linked, but few DJs on the planet forge that connection quite like YokoO. An endlessly eclectic individual, he’s lent his sound to a clutch of acclaimed labels, with Kindisch, Get Physical, Moodmusic and Plastic City among those who’ve fallen under his spell. Mentored by Matthew Dekay and now a regular at Lee Burridge’s All Day I Dream parties, he’s a man who has enjoyed a stellar rise in recent years. One gets the impression, however, that the best may be yet to come.

Ahead of a gig in Miami alongside Lee Burridge, Facundo Mohrr and Roy Rosenfeld, we decided to put some questions to the man himself…

END_OF_DOCUMENT_TOKEN_TO_BE_REPLACED 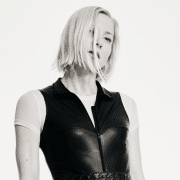 There’s no other artist able to distinguish themselves quite like Ellen Allien has. No one else has been able to obtain such notoriety with the unique style that she brings. Ellen has been able to differentiate herself from the rest, making her a legend in the techno community. Ellen is your favorite DJ’s favorite DJ; the influence to many artists that we look up to today. Ellen has not only started one label, but two. Besides her widely successful label Bpitch, Ellen also launched her new label UFO. Inc. last January. From having residencies across the world to being one of Berlins biggest acts, she was able to cement her presence in the techno realm.

That unique style mentioned is blatantly intentional in order to make sure she distinguishes herself from the rest of the herd. She has mentioned that she wouldn’t play songs that are popular. She likes to play music that no one else is, make music no one else is, and cultivates projects that no one else is doing. She’s personally involved with everything she does, there’s nothing industry about her. From her own tracks, to the festival stages she curates, Ellen has full creative involvement. Obviously, she’s had help, but she only works with close friends that understand who she is. For example, the graphic designer for Bpitch has been the same since the beginning.

If you have had a chance to listen to Ellen’s sets, either live or on YouTube, you are able to tell how innovative she can be. The way she chooses her music is interesting, because she’s enthralled by weird unpredictable music. She doesn’t focus on the high points or the popularity of a track, which is common among DJs. Instead, she likes music that’s more about intensity. As long as a track is intense, obscure, and unpredictable, it’s one for the collection. Her style of innovation has led her to a very successful career that has no signs of slowing down.

There are a lot of interesting things about Ellen that go beyond her music. Playing around the world, Ellen shared some of her interesting experiences as well as perspectives being one of the most respected names in the techno world. There’s plenty to talk about, and what really captures people’s attention are Ellen’s roots in Germany.

In our interview, we take a deep dive to discuss her music, her culture, and her legacy.      END_OF_DOCUMENT_TOKEN_TO_BE_REPLACED 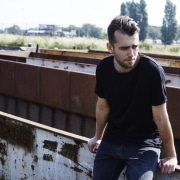 Earlier this month we announced the upcoming album debut of an artist that we have come to love and respect for his productions and energetic DJ sets: Keith Carnal.

The Dutch artist made his LA debut with us earlier this summer, performing a peak-time three-hour set that had the entire warehouse bumping until sunrise. Keith’s tracks are consistently played by artists of various genres, finding play from underground techno acts inside Berghain as well as more mainstream acts on big festival stages, a testament to the versatility and quality of his tracks.

With most of these highly-acclaimed releases out on esteemed imprints the likes of ARTS and Affin, Keith recently launched his own SEC NDº (Second Degree) imprint. Following two EPs now under his belt featuring stand-out tracks like “Rolls,” “Van Gogh” and “Obesity,” Keith is now releasing his debut album in the form of ten-track Retrofit album.

The album is outstanding, as we ourselves wrote: “The album showcases Keith’s dynamic, effective and eclectic studio muscles in ways not many LPs do. This is not a compilation of dance-floor-ready bangers, but rather a mesmerizing and well-thought-out journey through Keith’s mind as an artist. This is not to say that none of the tracks are ready for dance floor play. Rather, it underscores the fact that Retrofit is far beyond a “debut” album — it’s a collection of carefully-crafted tracks, seasoned by never-ending years of musical passion.”

This monumental release deserved an in-depth chat with the man-of-the-moment. We dove a bit deeper with this one, discussing the album and label of course, but also ADE, his debut U.S. tour, living in Amsterdam, his touring pet peeves, and much more.