Carrying the Spirit of House and Detroit With Angelala 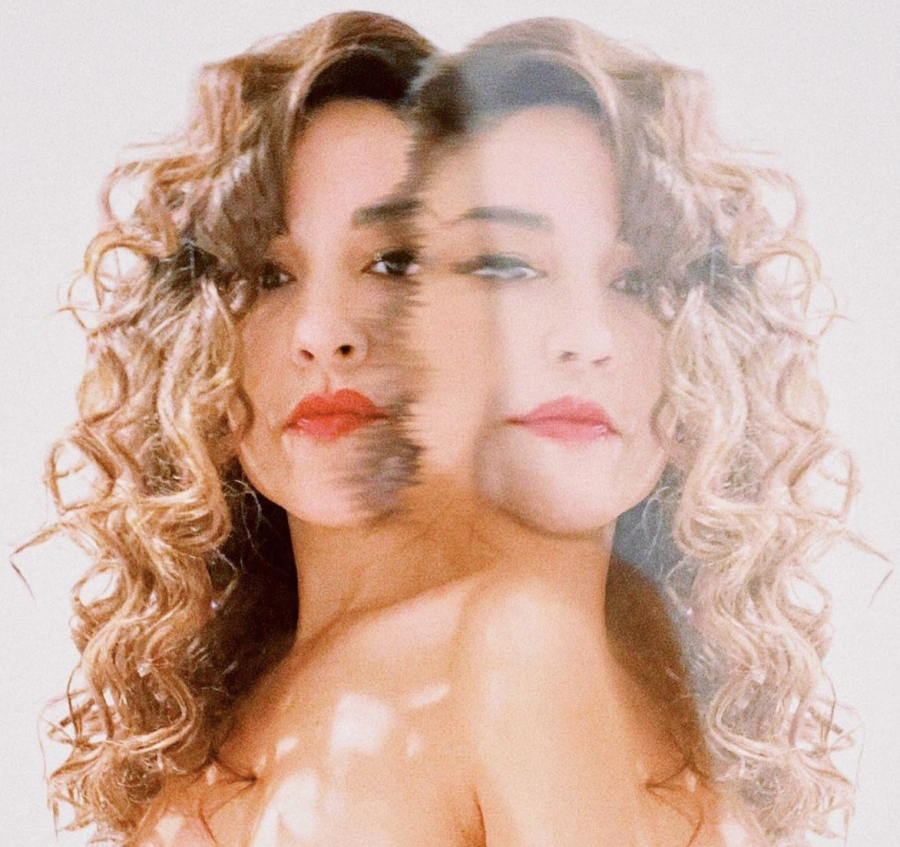 Carrying the Spirit of House and Detroit With Angelala

The New-York based American House and Techno singer-songwriter Angelala found her calling through the dance and techno music scene in Detroit, her home. After being in the electro-pop duo HRT BRK then A&B for about a year, and experiencing the Winter Music Conference in Miami on a spring break trip, she eventually couldn’t resist her passion for creating house music as a soloist. Of course, regular visits to Chicago (the birthplace of house music) would also solidify her drive toward the house scene, and eventually play a role in her making the move to NYC. It was then in NYC Angelala had the revelation of not just wanting to be a spectator of house music but instead embodying it as a creative musician.

Since then, Angelala has gone on to be a part of momentous projects like her first release with Grammy-nominated House Music innovator Todd Terry, and releasing on labels like Inhouse, Terminator, Let There Be House, Grind City, S&S, Pocket Jacks, Break It Down Music, Fidget Music, King Street Sounds, Autektone and Broken Records. Performance-wise, she’s also showcased at legendary NYC venues such as Bowery Electric, Highland Ballroom, Pyramid Club, Pianos, Electric Room, The Rosemont, Macri Park, and many more. Now, Angelala releases on Grammy award-winning Steve “Silk” Hurley‘s label S&S Records once again alongside Tech Us Out and also releases again on King Street Sounds alongside Col Lawton for a 2023 project.

Joining us once again on 6AM, Angelala shares how New York is continuously keeping her busy as of late. She also walks us through her journey of experiencing early house music and the underground scene in Detroit before The Movement Festival came along, how the culture within the house and techno scene in Detroit is important to her, working alongside Grammy award-winning Steve “Silk” Hurley on her latest track “Bittersweet Symphony”, working with producer Col Lawton and the label King Street once more, and teaming up with more unstoppable DJs in December and the rest of 2023. Bittersweet Symphony is now available for full purchase on Beatport.

Read Next: Angelala Produces House Music With the Feeling of the Moment

Welcome back to 6AM Angelala, the last time we spoke was in March of this year. We’re excited to catch up with you again. What’s been keeping you busy in New York at the moment? And the weather Angelala, we’ve noticed the temp has been dropping in New York — how do you keep it pushin’ during this seasonal shift?

Even when it’s cold outside, New York always finds a way to keep it hot! :) I recently saw Moodymann at a Funkbox party and I’m going to see Benji Candelario play next week. I make House, but I’m also a huuuge fan! It’s so easy to get inspired living here. I actually stayed in last night and worked on another track I’m doing with Tech Us Out — it’s a remake of “In The Air” by Phil Collins. This will be my second remake — the first was “Bittersweet Symphony” by The Verve which recently came out — also with Tech Us Out. I love taking an older song from a totally different genre and turning it into House. So fun!

Read Next: Keep It Moving and Nonstop Grooving With Trutopia 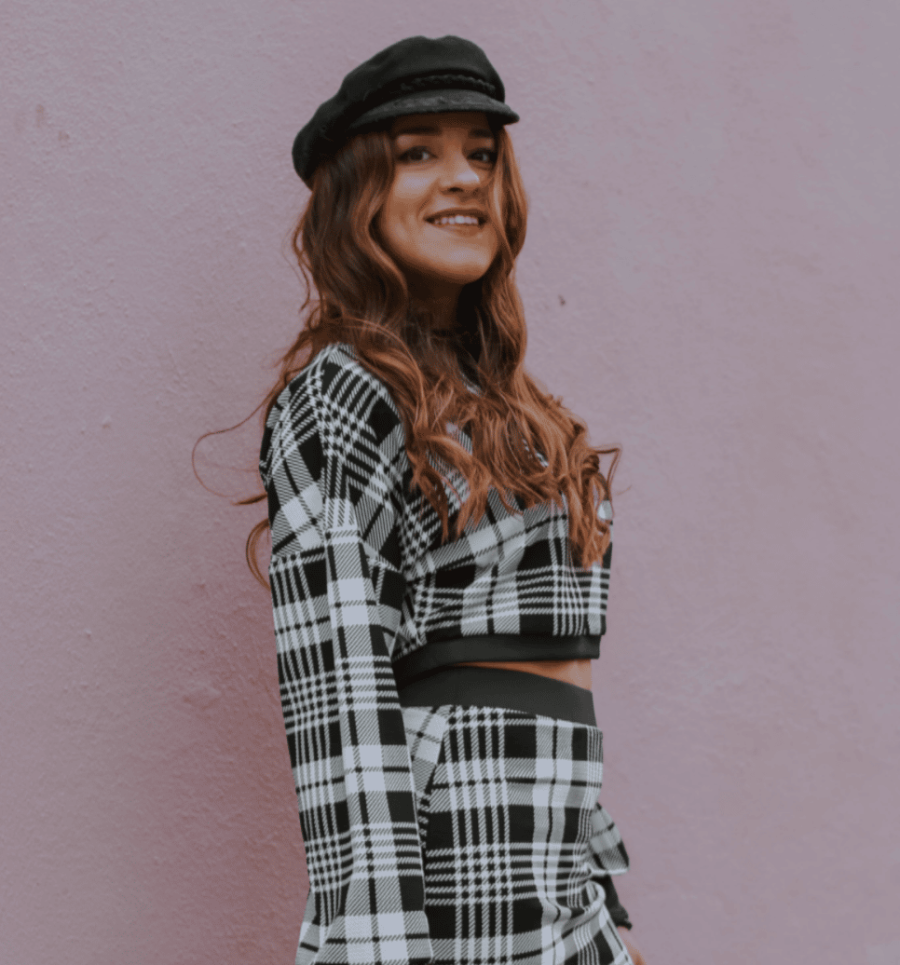 Speaking of location, let’s dive into the past and talk about your upbringing in Detroit, Michigan. As the birthplace of dance music, how did the community and the music shape you into the artist you are today?

Growing up in Flint, Detroit was just a quick drive away. I went to some INCREDIBLE underground parties growing up there. Prior to my generation, Detroit was flourishing from General Motors and Motown. When most of the factories closed along with Motown, Detroit turned into a whole different city — so many buildings were abandoned. That’s where my generation came in and I guess you could say, recycled the buildings and threw some amazing parties! Packard Plant, under the Ambassador Bridge, Motor Lounge…we really made some magic out of the madness! Now The Movement is a full-on gigantic festival! It started out soooo small. Makes me happy to see people from all over the world come to celebrate Techno in its birthplace aaaand bring some money in!

“I went to some INCREDIBLE underground parties growing up there [Flint, Detroit]. When most of the factories closed along with Motown, Detroit turned into a whole different city — so many buildings were abandoned. That’s where my generation came in and I guess you could say, recycled the buildings and threw some amazing parties! Now The Movement is a full-on gigantic festival!”

Experiencing the humbling beginnings of the underground scene in Detroit is where Angelala found her calling. 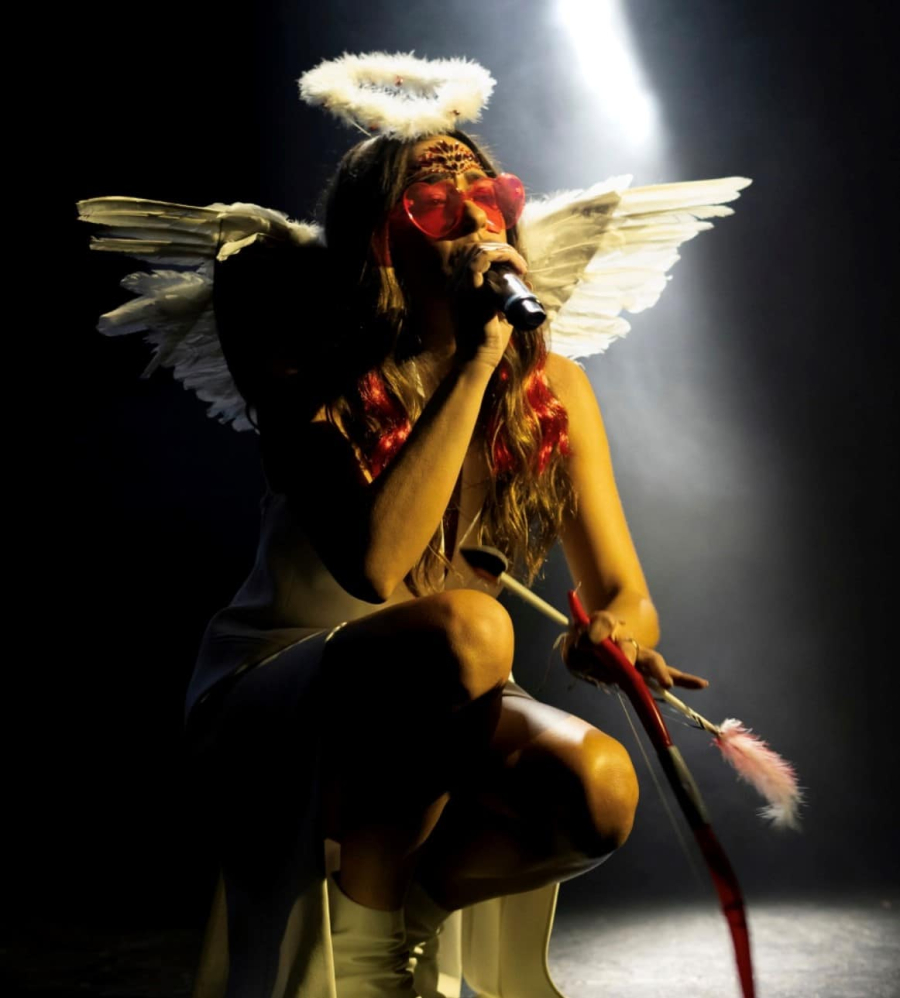 New York and Detroit both have a strong scene culture of house and techno. What’s something about these two locations that make you feel proud to feel a part of? Care to share your favorite clubs/venus from these two places?

Things are constantly changing in regard to venues. I tend to follow the music pretty much no matter which venue it is. Luckily New York brings in the best performers and DJs in the world. They used to always be in Manhattan, but now they’re mostly in Brooklyn.

Read Next: Listen to the 6AM’s American House Music Playlist

Speaking of club music, we’d love to more about your recent November 18, 2022 release Bitter Sweet Symphony on S&S Records alongside Tech Us Out. What was the creative process behind this EP? How did you and Tech Us Out find each other for this project?

Right now I’m just putting out singles. Tech Us Out reached out and asked if I’d want to do any remakes. I suggested, “Bittersweet Symphony” by The Verve or “Nite and Day” by Al B. Sure. They chose “Bittersweet Symphony” and here we are! The structure of the vocals is still similar, but I changed it up with ad-libs and different harmonies. We had a lot of great feedback on it — reaching #7 on the Beatport House Chart! Thankful to Steve ‘Silk’ Hurley and DJ Skip for releasing it on S&S Records out of the birthplace of House, Chicago.

Once Angelala and the team found the perfect track to remake, the rest was history.

Read Next: Vocal House Singer Angelala Tells Stories For You To Dance To 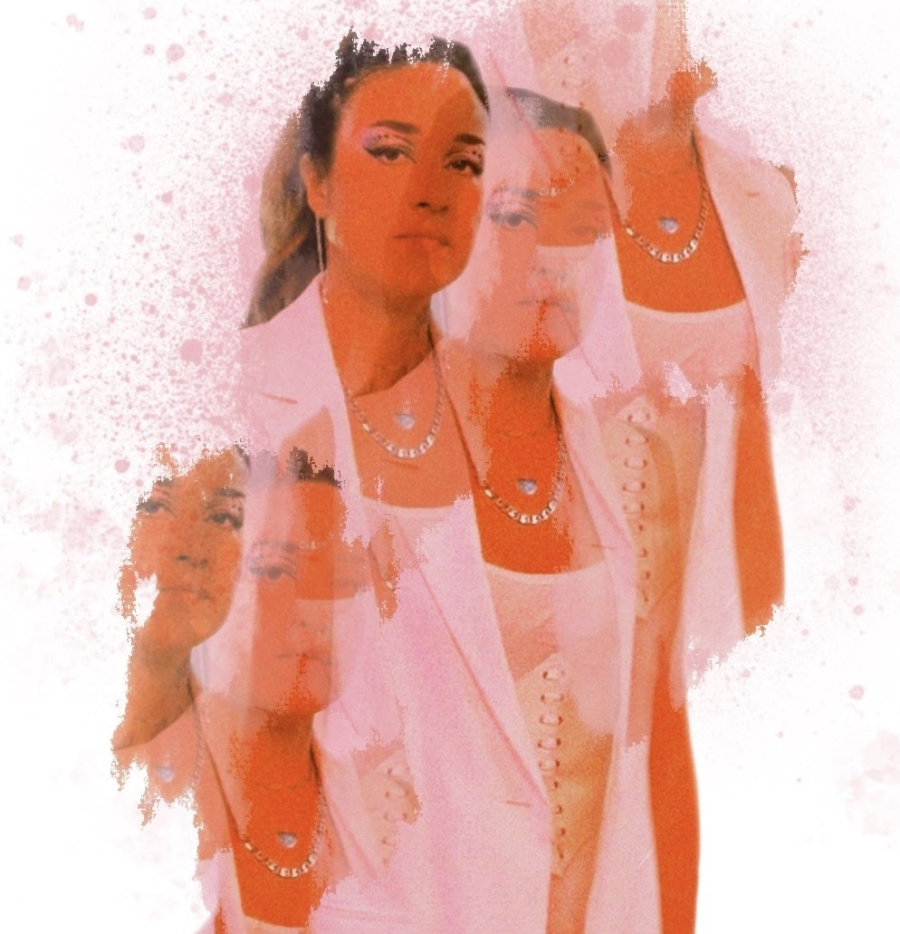 Read Next: Open Up your Soul with this Soulful House Guide

Staying on the topic of projects, you have an upcoming release in January 2023 on King Street Sounds alongside Col Lawton. Col mentions that “2023 is looking good so far” regarding the project. We know you can’t spoil what’s to come, but what’s a small hint that listeners can expect from this collaborative project?

I believe this will be my fourth release with Col Lawton! He’s such a great producer! Our last release, Eros was out on the infamous New York label, King Street so I’m excited to have another with this team. I was really going through some relationship nonsense and put it all out there in this next release called Devotion. Col picked out some of the lyrics I sent and made such an amazing dark and sexy track. I’m super excited about it!

“I’m excited to have another release with this team [Cole Lawton & King Street]. Col Lawton is such a great producer!”

Angelala is proud to be working with an amazing team once again.

Before we wrap up, we can’t forget about your amazing music video I Surrender which also featured DJ Dove on the track. Can we expect more music videos in the future?

Thanks! I really enjoy working with cinematographer Murray. We filmed at Stronger Bond Studios in New York. For “Bittersweet Symphony”, I also released a video — it’s verrrry New York and I tried to somewhat recreate the original video minus the bumping into strangers 😂  .

Another release I have coming out before Devotion will be No Strings with Devon James on Rvdioactive — a 12/30 release to end my year with a bang! Other projects I’m working on to be released in 2023 are with Benji Candelario, Simon Adams, R3V3S, Col Lawton, Alexander Technique, and Devon James. Keeps me busy, but I love it!