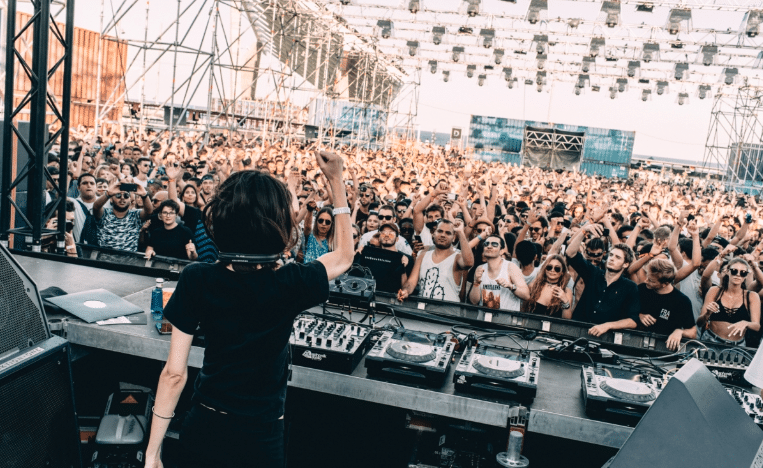 DGTL Barcelona has reinforced its legacy as a timeless dance music event, announcing a lineup simultaneously forward thinking and tradition. The event returns to Parc Del Fòrum from August 10th-11th and showcases some of the brightest-shining international talent that the house and techno genres have to offer.

Topping the techno portion of DGTL Barcelona 2018’s bill are such heavyweights as Amelie, Maceo Plex and Oscar Mulero. Hard techno bookings like Dax J and Rødhåd provide draw for fans of the genre’s more obscure side, while second-wave Detroit techno will be represented by Carl Craig & Cassy.

Closer to the house end of the spectrum are mainstays like Solomun, KiNK, Hot Since 82 and Jamie Jones. Adriatique, Apollonia and DJ Tennis will mesmerize music lovers with their each of their respective brands of progressive house, while Bambouno and Maher Daniel will entertain with deeper aural offerings.

Of course, Barcelona acts will be in no short supply. Nightmares on Wax, Abu Sou, Baldo and Pøli & Lorenzo are but a few of the Spanish DJs and producers slated to perform during DGTL Barcelona 2018. 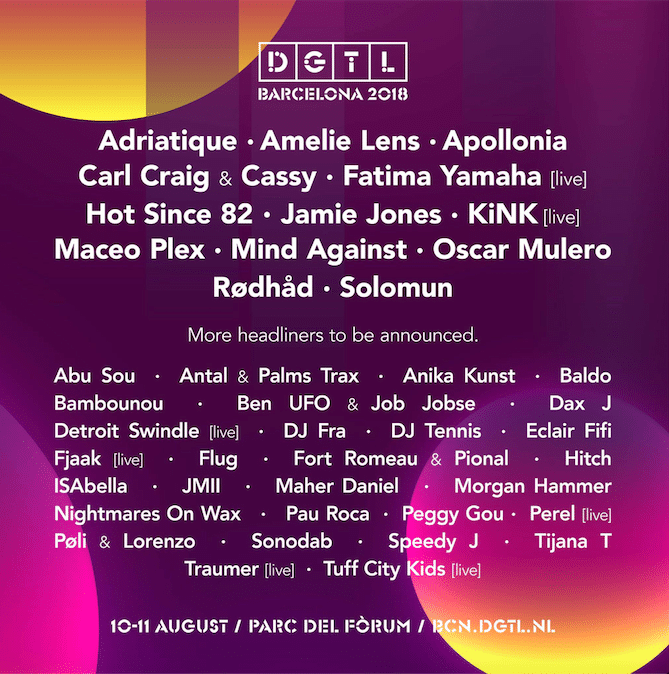 The flagship DGTL festival graces Amsterdam each spring, and has been taking place since its 2013 inauguration. Previous editions of the festival have featured such world-class house and techno DJs as Oliver Koletski, Âme, Soul Clap, Seth Troxler and Recondite.

DGTL now boasts satellite festivals in São Paulo and Tel Aviv as well – but the Barcelona edition preceded them. The first installment took place in 2015 with a lineup including Joseph Capriati, Dixon and Ben Klock. Each annual edition has taken place at Parc Del Fòrum, an architecturally exquisite complex that overlooks the Mediterranean Sea.

It has also emerged as one of the premiere electronic music festivals in Spain, as well as receiving acclaim for its commitment to environmental sustainability. Last year, the event received the distinction of Most Sustainable Festival at the fourth edition of BIME’s Premios Fest.

Additional headliners will be announced in the months leading up to DGTL Barcelona 2018. For more information or to purchase tickets, visit the festival’s official website.