Can’t Make It to Space Ibiza to Say Goodbye to Carl Cox? BE-AT.TV Will Live Stream It For You! 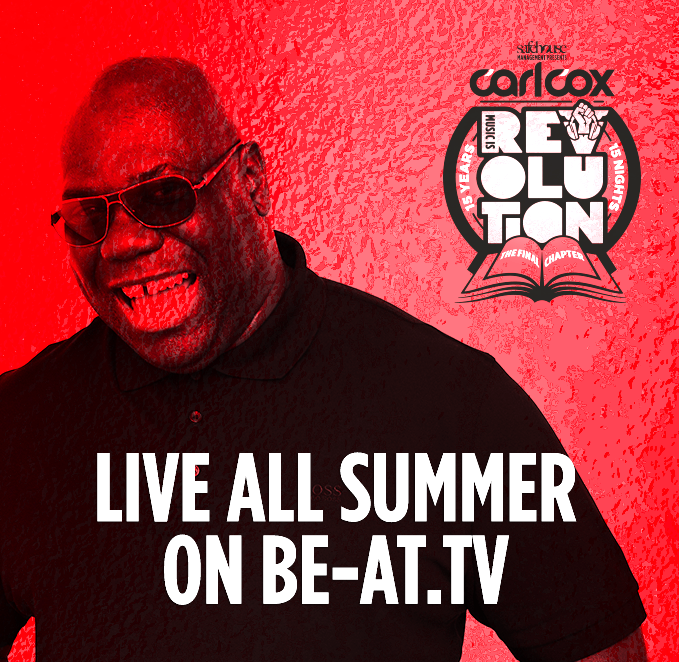 Can’t Make It to Space Ibiza to Say Goodbye to Carl Cox? BE-AT.TV Will Live Stream It For You!

Thousands of dance music fans are planning to make the trek to Ibiza this summer to pay homage to one of the scene’s greatest, Carl Cox, as he embarks on the final Music Is Revolution journey of his career before Space Ibiza is turned over to the group that owns Ushuaïa across the street.

Although the Intec Digital boss has announced his desire to continue playing on the island as a guest DJ, 2016 truly marks the end of an era with the Final Chapter becoming one of the hottest nights of the entire season. While many will be visiting the Space dance floor during one of the 15 Tuesday dates planned for the next coming months, thousands of others won’t be able to make the farewell celebrations.

It is for exactly this reason that live streaming service BE-AT.TV has jumped in to provide coverage of the entire 15-week season, bringing you two rooms direct from Space Ibiza every Tuesday, all night long.

Undoubtedly, Carl himself will be the main event of each party and live stream, but as a bonus this year’s final Music Is Revolution lineup is the residency’s largest yet, with the world’s biggest underground DJs paying their respects to the big man each week with their own unique take on house and techno. You will be able to see some of the industry’s best name in action from the comfort of your home or office, no matter where you are in the world: Luciano, Chris Liebing, John Digweed, Nic Fanciulli, Sasha, Adam Beyer b2b Ida Engberg, Joseph Capriati, Dubfire, Nicole Moudaber, Pan-Pot, Kerri Chandler, Loco Dice, Carl Craig, Nina Kraviz, Marco Carola, Matthias Tanzmann, Joris Voorn, Josh Wink, Monika Kruse, Marco Bailey, Danny Tenaglia, Francois K, Masters At Work, Yousef, Kölsch, Tania Vulcano, Cirez D, Guy J, James Lavelle, Cirez D, Carlo Lio, Julio Bashmore, Catz N Dogz, Davide Squillace, Hot Since 82, Deetron, tINI and DJ Sneak are all scheduled to play.

Things will start off on Tuesday June 14th, with the closing party scheduled for September 20th. Simply tune in at www.BE-AT.TV and enjoy the music! Although streaming lineups for the entire season aren’t released yet, below is the list of artists confirmed to be featured in the first three weeks: