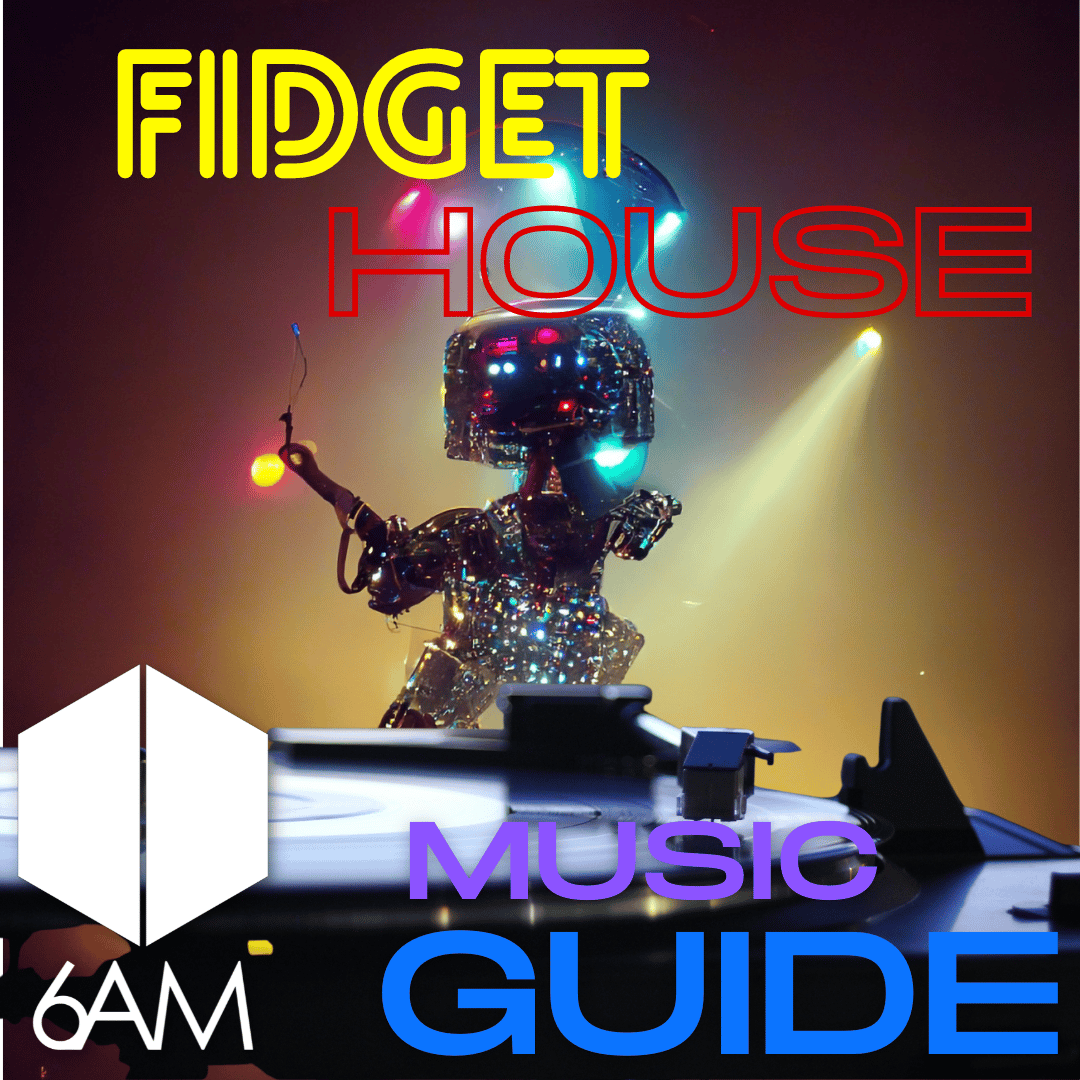 Welcome back audiophiles! The only thing that sounds better than hearing our favorite tunes is hearing how they came about in the first place, so today we continue our quest for musical knowledge with yet another dance music sub genre guide. If this is your first lesson with us, make sure to check out our other sub genre guides, covering all of your house and techno needs. But if you’re all read up, then let’s stop fidgeting around with these other guides and start fidgeting with the house, fidget house.

What is Fidget House?

Fidget House is one of the many sub genres under the wide spreading umbrella of house music. This fast paced, high tempo variation takes the driving 4 on the floor beat found in classic house music and incorporates new elements such as glitchy beats, high pitched and distorted baselines, rave style synth stabs, earth shaking dubby wobbles, and various vocal samples from rap and other pop-culture references. Basically, fidget house is what you get if electro house and dubstep made a baby (probably after a wild night EDM clubbing in the mid 2000’s.) You’ll only need to listen to this sub genre for a quick 5 minutes to soon realize why it’s aptly dubbed ‘fidget’ house.

The upbringing of fidget house can be accredited to the rise of house music entering the mainstream club scene in the mid 2000’s, and is widely considered to be derived from the popular sub genre electro house. Although fidget house really began trending in the mid to late 2000’s, its inception can be traced back all the way back to 1999 with Mr Oizo‘s hot hit “Flat Beat”. When played, you can really hear the inspiration from UK Garage and classic dubstep as these elements are infused with the 4 on the floor beat we love in house music. Featuring a fresh sound yet to be heard at the time, “Flat Beat” would be one of the first tracks that would later go on to be recognized as fidget house.

Shortly later in 2002, fidget house would get its first shine under the limelight as Italian legend Benny Benassi would bring it to the mainstream with his infamous banger “Satisfaction”, going in heavy with a deep baseline, text-to-speech robotic vocals, and a buzzsaw synth that we can never forget after watching the aptly themed music video.

Fast forward to 2008, and there’s another artist from Italy putting fidget house on the map. The duo from Milan called Crookers took Kid Cudi‘s famous “Day N’ Night” and remixed it into a club hit, and soon to be everyones favorite fidget house anthem. This track was hugely responsible for the rise of the genre since it appealed to listeners outside of the EDM bubble, and successfully exposed new listeners to fidget house.

From the 2000’s up until now, there have been many different artists fidgeting with this particular type of music. We would need some ADHD medication to be able to list them all, so here are the most note worthy mentions worth fidgeting with. 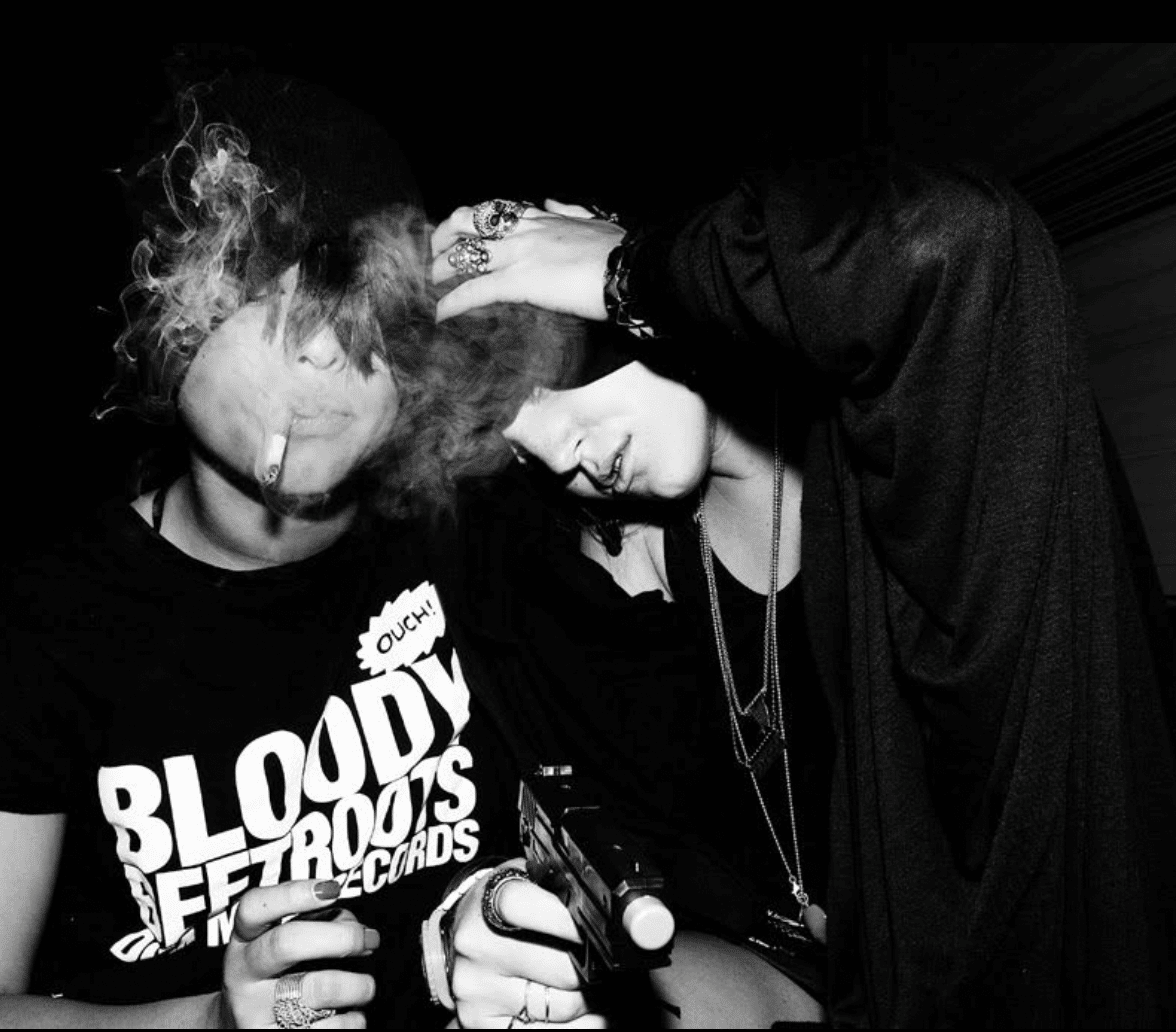 Following the trend of fidget house producers from Italy, The Bloody Beetroots was a duo comprised of producers Bob Rifo and Tommy Tea, who went on to leave the group back in 2012. The Bloody Beetroots were one of the flagship acts in the EDM scene during the peak-time era of electro, and one of the staples of fidget house. They have played some of the biggest festivals in the world such as Ultra Miami, Stereosonic Festival in Australia, and has collaborated with other huge names such as Steve Aoki. One defining trait of the act, aside from their up-tempo glitchy sound, is that they never reveal their face, remaining in anonymity to this day. 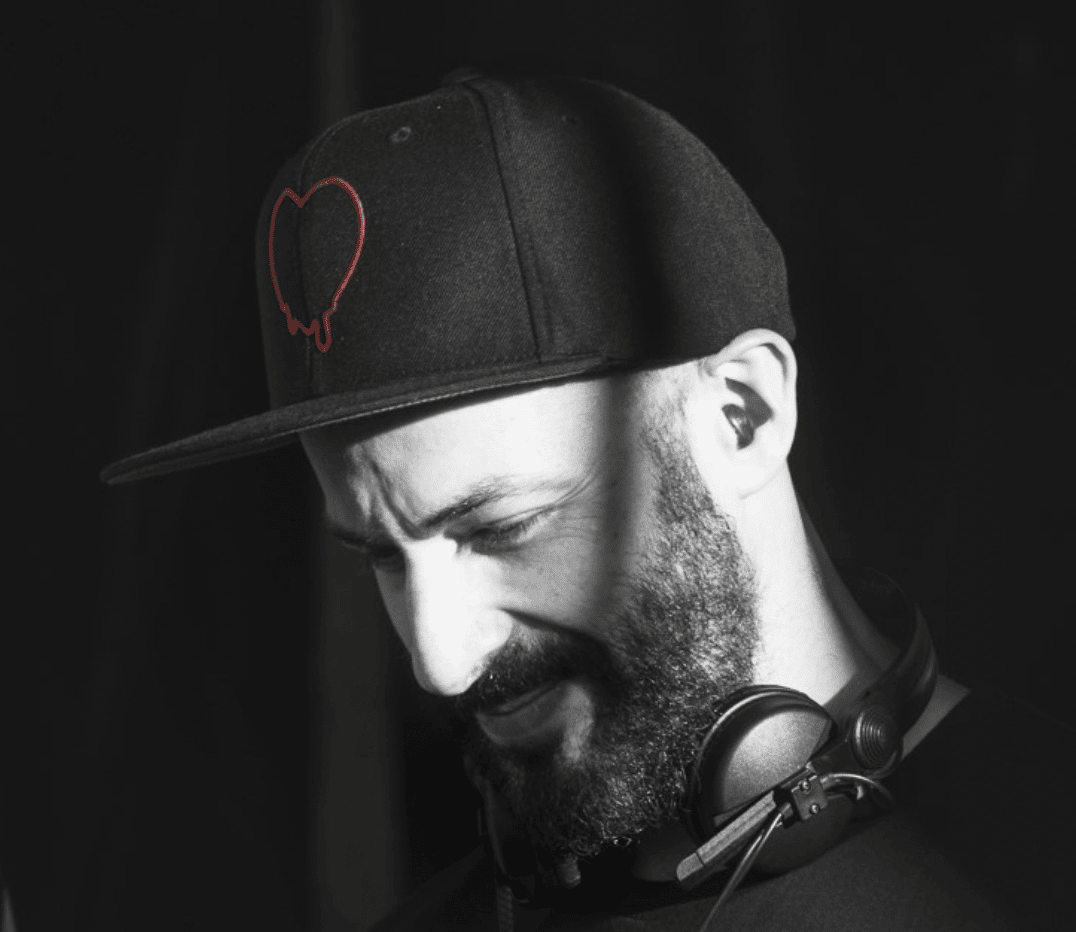 Jack Beats is an English electronic music producer, one that has won many awards and DJ championship competitions since 2007. Jack Beats has brought that signature big, choppy and wobbly fidget house sound to huge festivals everywhere such as Coachella, EDC, Fuji Rock Festival, Glastonbury, as well as many acclaimed clubs across the globe. Consistently banging out tracks for almost 15 years, Jack Beats is one of the most popular names in the world of fidget house. 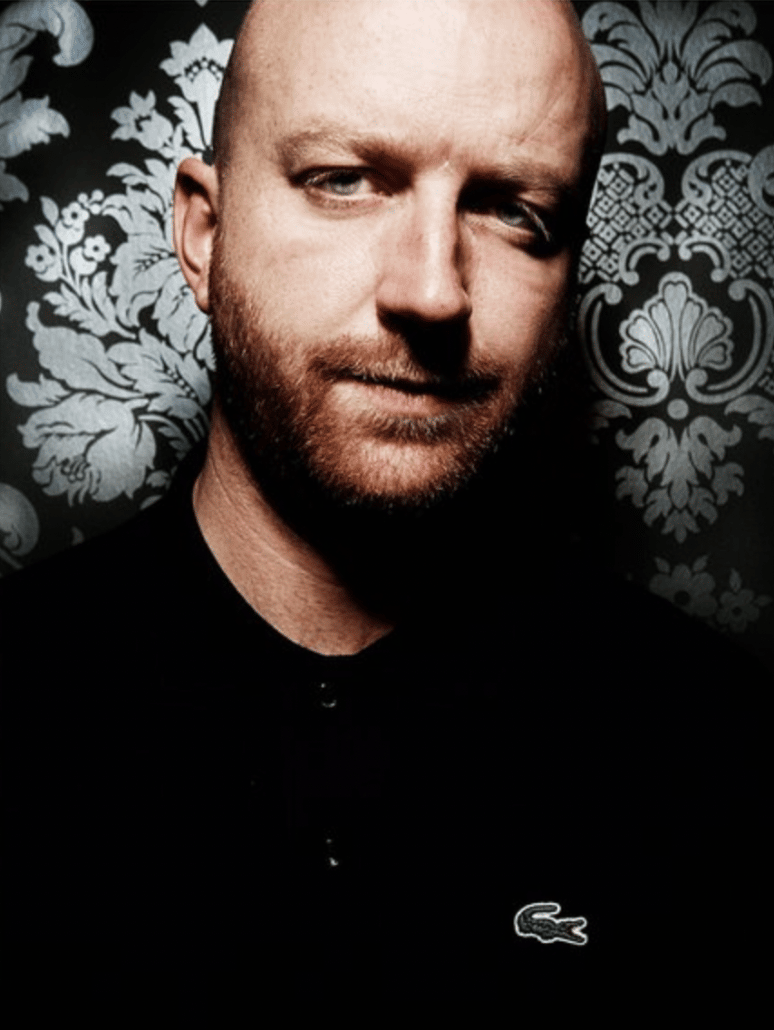 Switch is one of the leading pioneers of fidget house, and is actually the one who coined the term. When referring to the emerging genre, Switch said he used the term fidget house “as a joke, which has now gone a little too far.” Aside from accidentally dubbing the genre and producing music of it, Switch was also one of the producers apart of the act Major Lazer, and is the founder of Dubsided Record. 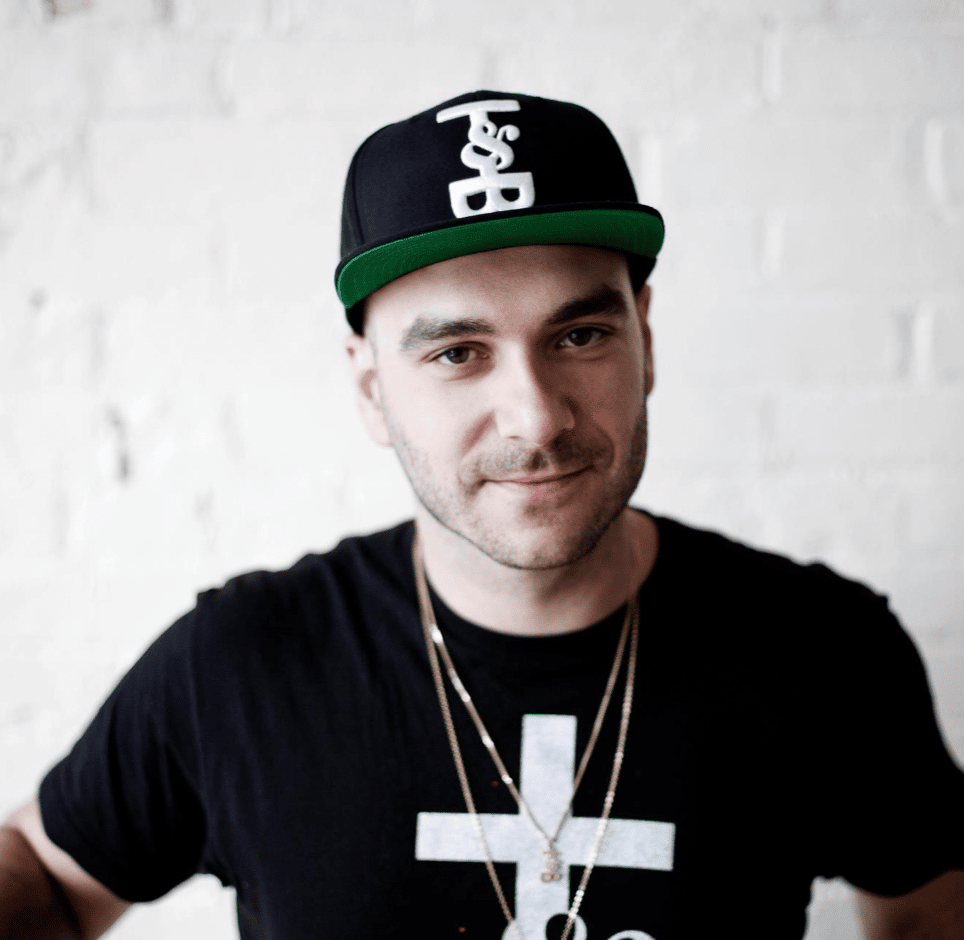 AC Slater (aka Aaron Clevenger) is the founder of the label Night Bass, and is one of the most prolific names in the fidget house scene. The DJ and producer has become famous for his signature ‘Night Bass’ sound, which is really just the sound of fidget house: high, uptempo rhythm, big, dirty baselines, and elements of rave synths and classic UK garage. AC Slater has kept fidget house on the map in recent times and has brought that sound all over the world, playing at huge festivals to sold out clubs, and his label frequently collaborates with Insomniac to throw events. If Mr Oizo and Benny Benassi gave birth to fidget house, then AC Slater is the one who is keeping it alive.

To fully get a feel for the fidget, here’s a fidget house mix that fully encapsulates its sound. It’s fast, its choppy, its got a lot of vocal samples from rap and other popular media, and it will absolutely make you want to grab something to fidget with. Have a seat, buckle up, and blast off into fidget house.

Fidget with the House

Fidget house has been a staple in the EDM scene since the 2000’s, whether that’s what you knew the music was called or not. It’s been played at the clubs, on the radio, at huge festivals, and it’s still being fidgeted to this very day. When we look back at this period of time in a few more years, it’s safe to say the generation could easily be defined through electro, and fidget house.