Cancelled or Not? Your 2021 Festival Guide for North America 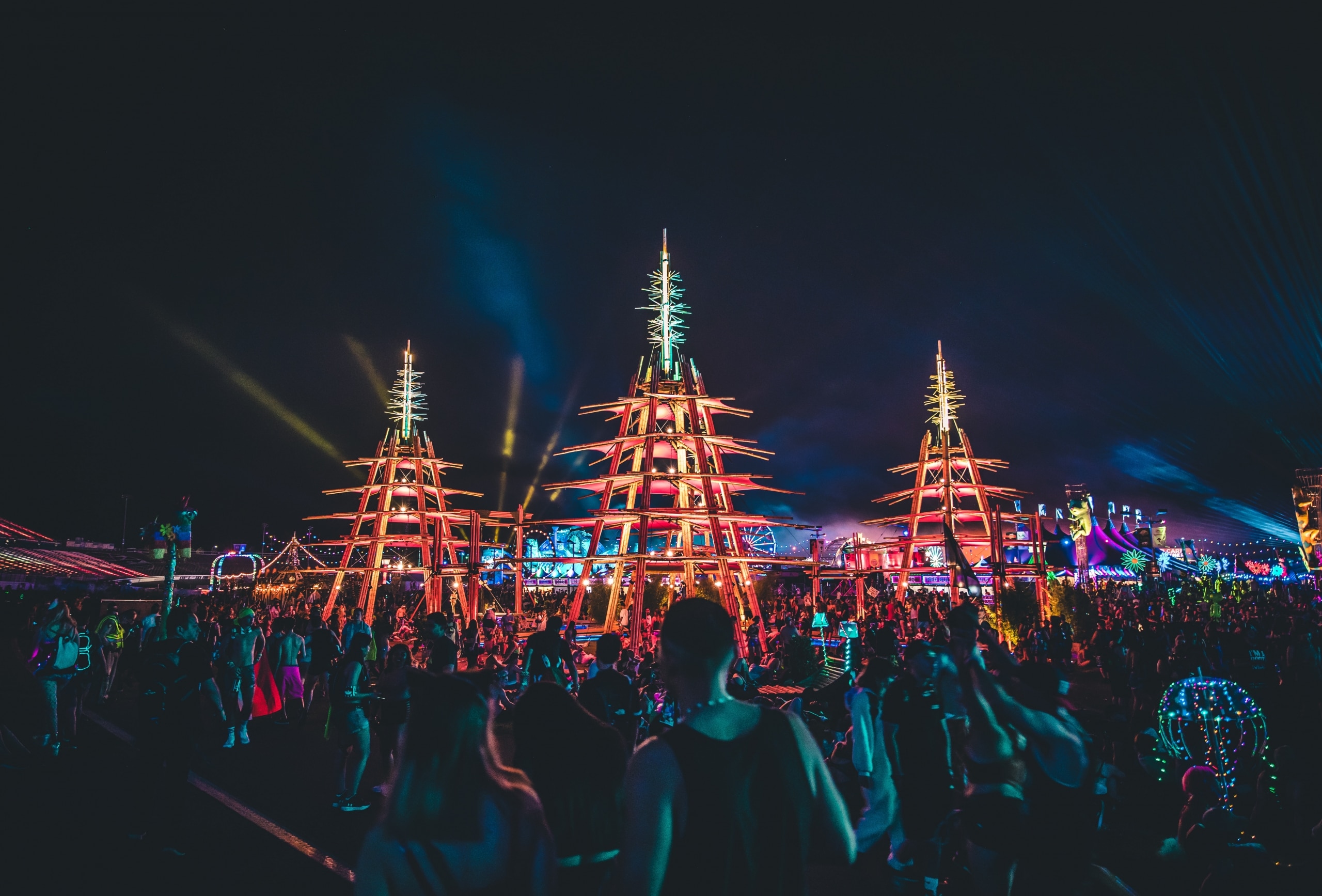 Cancelled or Not? Your 2021 Festival Guide for North America

This might be music to your ears: signs of life are coming back to the live entertainment industry. The fate of live music in the United States seems to be moving in the right direction for re-opening; even for states currently in the most restrictive tiers like California. With the percentage of the population being vaccinated against SARS-CoV-2 increasing every day, promoters around the country and Europe are gearing up to bring the sound systems and festival vibes back to fans around the country. Here’s your 2021 festival guide. This guide will be updated as more news about festivals becomes available.

A brand new house & music festival on the scene, Arc Music Festival will be making its debut in Chicago this Labor Day Weekend. An impressive lineup will certainly entice fans to make their way to the home of house music.

The fan favorite festival in Texas postponed their dates to the fall. No word yet on lineup or potential safety measures.

Even though Burning Man does not consider itself a music festival, it still gathers upwards of  70,000 people for a hedonistic week in the Nevada desert every August. Up until now,  organizers have asked Burners to be patient as they sort through trying to hold the festival this year. There were talks of the Burning Man organizers requiring a vaccine for attending. However, even that was not enough for the Burning Man organization to move forward. They just announced they will not be moving ahead with the 2021 edition. They did announce, however, that you can purchase a reservation to guarantee you a ticket to the next to events for upwards of $10,000…

Update: Goldenvoice announced Coachella will be returning to its regularly scheduled dates in April for 2022. You can purchase tickets to either weekend one or weekend two now via their website. Lineup still to be announced.

After postponing the April 2020 edition of Coachella, festival promoter Goldenvoice originally postponed Coachella to October 2021, which then also got canceled. As April 2021 started approaching, the writing on the wall for the annual gathering at Indio Polo Fields became obvious – no large-scale event could happen in California right now. Fans wondered if festival organizers would try their hands at postponing until October again, but no official announcement from Goldenvoice came. Given California has implemented some of the tightest restrictions in the country and these large-scale festivals take a lot of time to plan, the outlook for 2021 doesn’t look good. 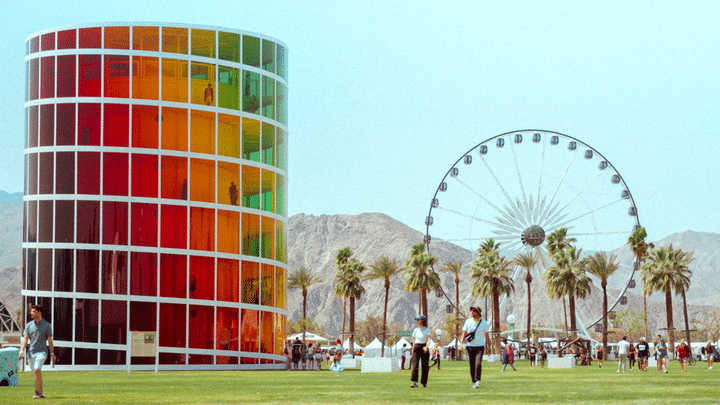 The beloved house & techno festival was one of the last large-scale events to occur in 2020 before the COVID-19 pandemic. CRSSD, which usually happens in both the spring and fall, did not happen in fall 2020 nor spring 2021. The promoters for CRSSD are presenting a new event called DAY.MVS to bridge the gap (read more about it below). After a long wait, the FNGRS CRSSD promoters tentatively scheduled their main festival for this Fall 2021.

With a full reopening of California’s economy and removal of event capacity limits, local promoters set to work to bring large-scale events back to the state. FNGRS CRSSD, promoters for the beloved house & techno festival CRSSD in San Diego, debut a new 2-day festival to take place in the same place as the bi-annual CRSSD.

Large-scale outdoor events in California will not be required to verify vaccination or COVID-19 test results for attendees once the state re-opens. No word yet on if DAY.MVS will implement their own safety procedures for attendees.

The Desert Hearts crew are a shining example of turning lemons into lemonade during the pandemic. They utilized live streaming to their full advantage early on and grew their fanbase in the process. Starting with a few hundred nightly stream viewers, they now regularly clock in upwards of 10,000 viewers. Their annual festival, which is usually set in April, is hoping to return to its regularly scheduled programming this fall, yet no official word on dates yet.

Dirtybird CampInn was supposed to be an inaugural event for Dirtybird in 2020 but COVID had other plans. This tight-knit resort event in Florida will be Dirtybird’s first major festival since postponing it from the previous year. The festival will take place at the Aventi Resort in Orlando, Florida. In order to move forward with this event, Dirtybird organizers told attendees they would be creating a bubble at the resort to stay as safe as possible. Current safety regulations for attendees include either requiring proof of vaccination or being tested on-site. Test results from off-site labs will not be considered. Once attendees are inside the resort, they may not leave for the duration of the weekend. Is creating a bubble for festivals going to be the future? We’ll wait and see what others do…

Following a whiplash-inducing series of announcements from both the Insomniac and Nevada public health department’s camp, the fate of Insomniac’s premier North American event was uncertain. Insomniac CEO & founder Pasquale Rotella doubled down on insisting one of the largest North American festivals would be happening this May despite Nevadan health officials rejecting the safety plan proposal. Ultimately, Rotella updated ticket holders that the massive event will not be able to occur in May, and will be postponed until October again.

Fans of Electric Forest were hopeful the festival could return by late this summer when it was originally postponed for August 2021. Even though most states are seeing declining COVID-19 cases and hospitalizations, case rates in Michigan actually started increasing again recently. Ultimately, festival organizers decided the festival will not be able to move forward this summer and will  be pushed back until next summer. 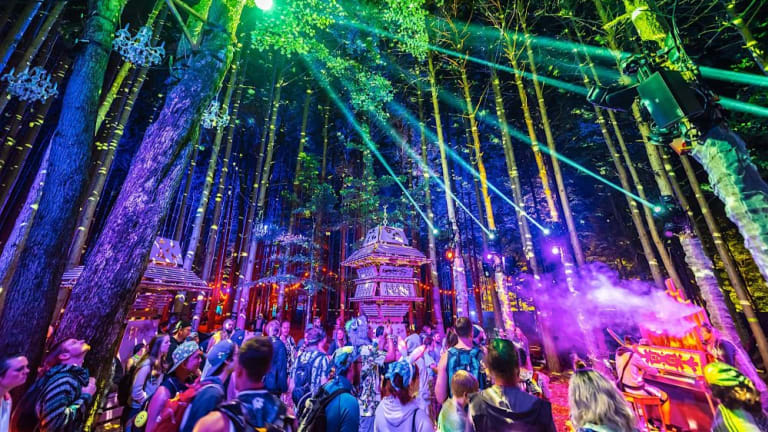 Life is Beautiful festival organizers announced their lineup full of popular household names last month and quickly sold out of tickets. Given Nevadan health officials recently stated over 60% of attendees for 20,000+ person events must be vaccinated, it remains to be seen what LiB has in store in terms of a safety plan.

Lightning in a Bottle

After cancelling two years in a row, transformative festival Lightning in a Bottle has their sights set on a return in 2022. Tickets are on sale now.

After keeping quiet for most of the year, Lollapalooza came out with a bang and recently announced they were holding this year’s festivities without capacity limitations. Proof of vaccine or a negative COVID test still required for entry, though.  You can find the lineup and purchase tickets here.

House & techno fans are certainly hurting with the news that Movement could not happen this year in May as previously scheduled. No word yet on if the organizers will be trying to reschedule the dates or just cancel the festival for 2021 altogether. 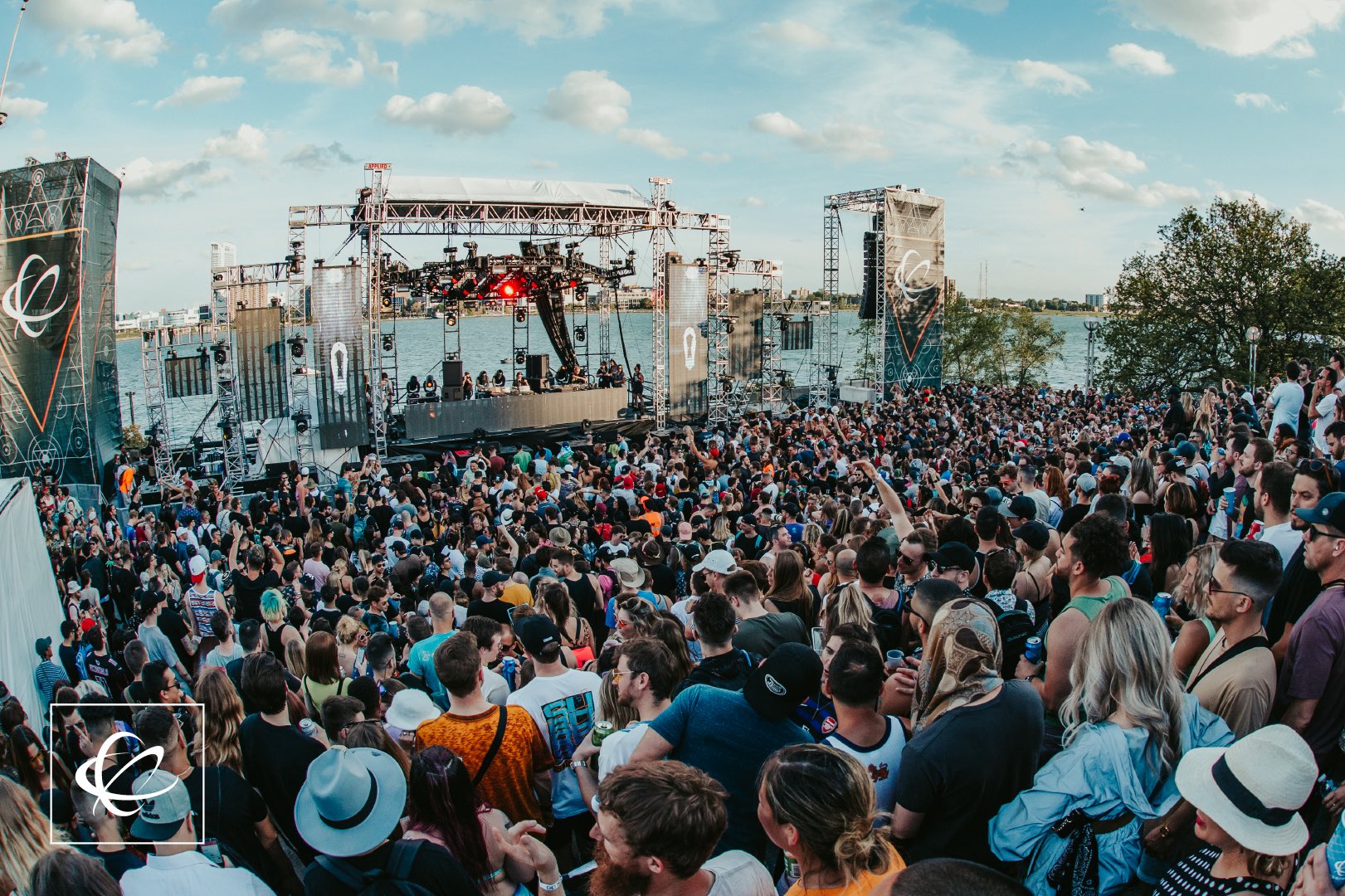 After a completely cancelled 2019, infamous concert venue Red Rocks will be returning for a slew of events this spring & summer season at a 2,500 capacity out their usual 9,500 capacity. The first event kicks off April 29, 2021. Popular dance music artists such as Kaytranada and Zhu are performing at some of the first-scheduled events. Check out their full calendar of events and keep an eye on any new additions.

6AM’s own festival, in conjunction with Synthetik Minds and Dirty Epic, REFORM returns to Los Angeles on Sunday of Labor Day Weekend as a day-to-morning experience divided up into two separate, distinct but connected events. REFORM by Day will take over Catch One in Los Angeles with four individually curated rooms of music, featuring top-tier acts in Techno and House, as well as Live performances and a space dedicated to highlighting local artists from the vibrant and bustling Los Angeles scene. 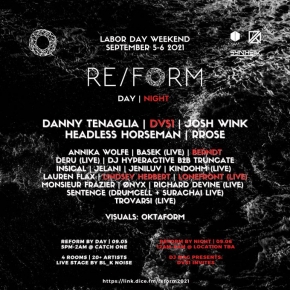 Given the fact that Texas is 100% open with no restrictions, it’s not surprising Seismic Dance Event will be one of the first house & techno festivals happening in North America in 2021. Safety regulations require attendees to provide proof of full vaccination or a negative test result for entry and mandatory mask-wearing, amongst others. Given their

Status: Tentatively scheduled for May 21 – 23

Shambhala recently updated ticket holders that they would not be able to host the event this summer in Canada. Given that Canada currently lags behind the percentage of the U.S. vaccinated population, it was not a surprise to ticket holders that this year’s installment could not move forward this summer but will set their eyes on a return in 2022.

Goldenvoice’s lesser-known, but equally as fun, house festival Splash House occurs in Palm Springs usually twice a summer: once in June and once in August. In 2021, Goldenvoice slated three full weekends of Splash House due to growing demand, with two now occurring in August, which all got cancelled. Organizers updated fans they would not be holding the event this June, but August is still on the table. It remains to be seen if they would do one or two weekends in August shall it happen.

SXSW received the misfortune of being one of the first major event cancellations in 2019 when the COVID-19 pandemic was declared. The SXSW organizers decided to take the event virtual for the 2021 installment in March. No word yet on plans for 2022.

III Points is one of the most exciting recent installments within the North American festival scene with diverse and interesting line-ups any music lover will appreciate. After originally postponing their festival to April 2021, festival organizers decided it would be safer to move the festival to new dates in the fall. 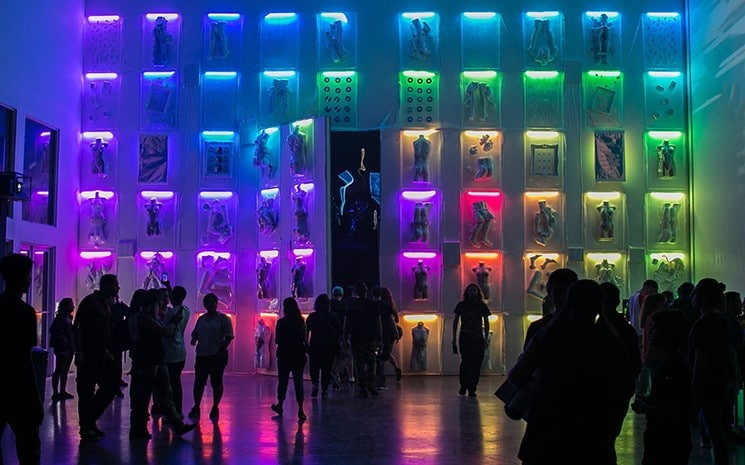