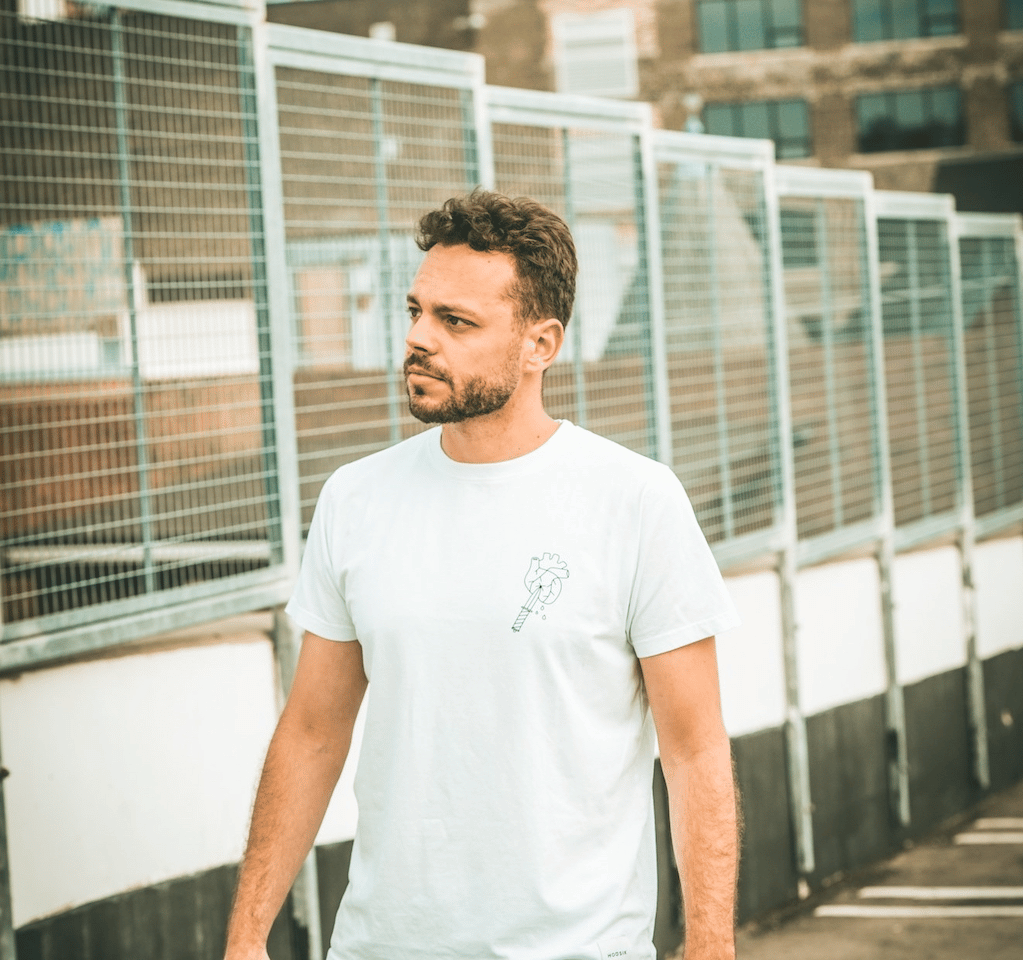 When you think about tech house artists, Canada may not be the first place that comes to mind. However, Toronto-based DJ/Producer Vaxx is setting the bar high for North American talent. What started as a keen appreciation for electronic music has gained the attention of some of the biggest labels in today’s House Music world.

Vaxx’s sonic signature may be misleading to some, given his locale, as he pumps a primarily European sound in the form of tribal- influenced, rolling Tech House with thunderous basslines and a keen emphasis on percussive creativity. Citing inspiration from the likes of Max Chapman, Iglesias, Latmun, Proudly People, Hector Couto and others, Vaxx has found his ever-growing catalogue of releases attaching themselves to imprints like Toolroom, Low:Res, Roush, Glasgow Underground, New Violence, Country Club Disco, Distance Music, Cocoa and more. Vaxx’s standout productions have garnered the support of peers and idols alike, with his work being championed by Chelina Manuhutu, Ki Creighton, Max Chapman, Ren Phillips & YingYang, Proudly People, Eli Brown, Will Taylor (UK), Alisha (UK), Iglesias, Davina Moss, Stacey Pullen, Riaz Dhanani, Bassel Darwish, Kevin McKay, and many others. Vaxx talks to 6AM about his experience with the Canadian night life and his future projects and plans.

Welcome Vaxx, thanks for joining us and for letting us get to know more about you. Tell us about yourself and how the club scene ended up resonating with you.

Hi! Thanks for having me on your platform, excited to be featured here. I’m a producer and DJ from Toronto, Canada. I wasn’t really into electronic music growing up, and it didn’t really catch my ear until the late 2000s when I started listening to sets from Armand Van Helden, Richie Hawtin, various Global Gathering recordings, and a wide range of artists recorded at festivals. My taste really started diversifying and trending more into the underground side of things as time went on. Eventually, I wanted to start playing at clubs, so I learned to DJ with my best friend and we ended up playing quite a bit of shows in Toronto in the fidget style (that’s what was popular at the time, circa early 2010s). I took a break from that for a while for my post-secondary education, but afterwards I wanted to start producing, just for fun but pushing to see how far it would go. And here we are now, haha.

You’re becoming a regular performer in Toronto’s nightlife scene. Can you describe what the club scene is like in Canada? What makes it unique?

Before COVID, I used to organize events with some friends and brought a series of artists like Ron Costa, Noir, Coyu, Max Chapman, Latmun, and others. That gave me the opportunity to get noticed as a supporting artist in the local community. Unfortunately, I haven’t had the chance to check out some of the venues throughout Canada. I really respect places like Stereo (Montreal) for their unique style, which is dedicated to a music-first orientation. I like that sort of dynamic which keeps the culture raw and genuine. Also, I really want to check out the west coast at some point, to visit friends in British Columbia to see them play; shouts to Rustek and Paul Franc. I hear the scene on that side of the country is great! As Canada is somewhat secluded for electronic music, it has a plethora of up-and-coming artists that are hungry for bigger goals outside of the country. Just to name a few, Lex & Wood, Pavzo, Oddio, Teknically Speaking, Dames House, Spencer Dunning, Vincent Caira, LeBaron James, Farouki, Brock Edwards, Duskope, Sean Roman, Wess, Leo Franco, and quite a few more. Tough to name them all, so I apologize for missing some!

Speaking of nightlife, you’ve been gracing the clubs Coda, One Loft, and Hot Mess. Do you have any funny memories or unforgettable moments from playing at these venues?

Hard to say! Some of my favorite moments were playing as part of the events I helped produce, where the club was draped in camouflage and doused with faux plants, vines, and the like. Unforgettable vibe! I have a blast whenever I play, especially when friends are headlining from out of town. I’m looking forward to more as COVID is more distant in the rearview mirror!

How would you best describe your style and sound when it comes to your music?

My style has evolved over the years, although the fundamental focus for me is a groovy bass line with a lot of percussive elements. I’m less inclined to incorporate melodies and big synth riffs. The simplest way to describe it is, I prefer to make music that fans of the Music On umbrella would enjoy or play.

You’ve definitely been busy this month as you have two amazing EPs coming out – Falling releasing July 15th from Unlearn:Records and Bleeding releasing July 22nd from Wasted Music. Take us through the process of what was the inspiration behind these two EPs. Where did you find the sound, or rather, how did the sound find you?

I have a busy 2022 as far as release schedule goes! I made these tracks during a period where I was experimenting with something different than my previous style. At the time, I liked to incorporate very big sultry vocals that I thought would do well in a club or festival. Falling definitely has some quirky elements with a skippy groove. I sent this track to Doc Brown as a demo. We met through our mutual friend MC Flipside, and I wanted to be part of Doc’s label, Unlearn:Records. I have a history of releases with some Florida labels, so it seems I have an inclination to that part of the industry. Doc Brown’s rework of Falling has more of a techno edge, which is great to round out the EP, so I’m really happy with that. Bleeding is a single I’m releasing on the imprint I started with Daniel Cuda and Illusory (Jovan Vucetic), Wasted Music. I’ll be releasing more and more on my own label. The inspiration for Bleeding is once again, having a big sultry vocal, but loaded with percussion, a heavy snare, and big bassline.

You have quite the track record of working alongside various DJs such as  MK, Will Clarke, Coyu, M.A.N.D.Y, Max Chapman, and many others – even your two upcoming EPs include remixes from Doc Brown and Daniel Cuda. What is it about collaborating with other artists that you find worthwhile?

It’s always fun DJing with new artists like the above mentioned when playing shows. When it comes to production, I’ve been collaborating with my friend from Australia, Daniel Cuda since I began producing years ago. We really mesh together well and are able to meld our somewhat different approaches into a style that falls halfway in the middle. One of my favorites that we’ve made together is The More released on Glasgow Underground. What I like about collaborating with a variety of artists is really two-fold: 1) learning from each other and diversifying our own individual production styles as a result, growing in the process; and 2) making connections/friendships around the globe in a way that wouldn’t normally happen without music. Some of the artists I’ve collaborated with recently include Daniel Cuda, RSquared, Ben Cheel, Gustaff, Juan (AR), and Rowetta.

What is the rest of 2022 looking like on your horizon? Any upcoming projects or gigs?

My 2022 release schedule is pretty full. I’m excited about the releases I have coming up, which include Circus Recordings, Woodlands Records, 303Lovers, Cocoa, and Wasted Music. I have some productions in the pipeline to be finished, so we’ll see what happens with those. As far as gigs go, I’m just starting to get the gears going again post-COVID, playing some intimate shows. I’ll be playing an outdoor event in August with HANS which should be fun, and soon I’ll be participating in a breast cancer charity event organized by a friend. I’m with Reverb Agency for the United States, so I’m hoping to visit soon. :)