C.Vogt Debuts on All Day I Dream with “Purple Hills” EP 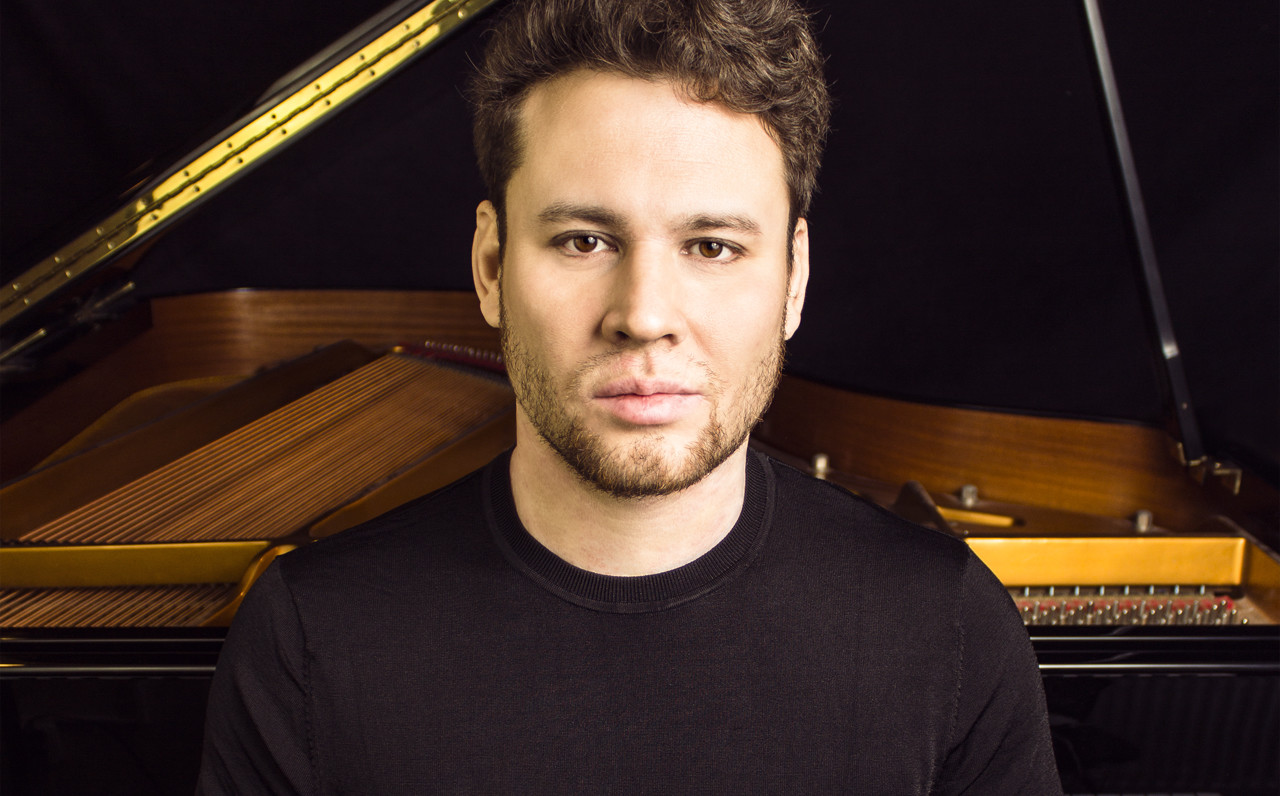 C.Vogt Debuts on All Day I Dream with “Purple Hills” EP

Chriss Vogt, known as C.Vogt artistically, is the latest addition to Lee Burridge’s All Day I Dream team.

Classically trained, the versed producer just debuted on the esteemed label with Purple Hills, a 3-track outing that includes the title track, a remix of it by now label-mate YokoO and a collaboration with Patrick Jeremic entitled “Pour Éternel.” The son of renowned violinist K.Vogt, Chriss discovered music at a young age, learning the piano and the saxophone before moving to electronic music and releasing on other well-known labels such as Visionquest and Get Physical before adding All Day I Dream to his extensive resumé.  You can stream the EP below and find it for purchase on Beatport.

So how did Chriss attract Lee’s attention? And what does he have planned for the future? We asked that and more as Chriss prepared to deliver his first All Day I Dream podcast, recorded in tandem with Patrick Jeremic and released today.

Hello Chriss, it’s a pleasure to speak to you. I just had the pleasure of listening to your forthcoming EP on ADID and it’s beautiful. Where did you record it?

Hello. Thank you very much for this interview. I‘m pleased to hear that you like my solo-debut Purple Hills. This EP was created partly in Studio 77, which belongs to my good friend Patrick Jeremic, and partly in the studio of Bouq, where I frequently produce together with Butch. Both studios are located in Mainz, which is close to Frankfurt.

Is that where you live?

Yes. I moved there in the beginning of my music studies and liked it so much, that I stayed after my graduation. I really like Mainz. I feel very comfortable here.

Can you talk to us a little about the recording process for these tracks, the software and hardware used and the inspiration behind it?

Musical inspiration is all around me and I capture new ideas in every moment of my daily routine. The aspect of musical sense in my sound-pieces is very important to me, even if the track just contains a very small theme. I’m processing the ideas that I have on my beautiful Ibach grand piano that I am close to since the age of four. Generally, I take those ideas to Patrick’s Studio and elaborate them on my trustful Clavia Nord stage.
The next step I usually take, after recording the musical ideas, is creating a basic loop utilizing various other instruments like a Moog, Juno or Fender Rhodes in the studio. As a final step I’m playing around with the arrangement to refine the project into something like a musical composition. Sometimes projects take months or even years to get finished entirely and are ready to be released.

YokoO delivers the one remix that is part of the package, why did you choose him to deliver the twist on it?

I have known YokoO before his days at All Day I Dream as a very versed producer. He is one of the artists who shapes the sound of the label significantly. Therefore, his name was the first one who came in my mind with All Day I Dream, when it was about to find the right remixer for Purple Hills, who can represent the vibe of the label even more.

You discovered music as a young boy, being the son of a world-renowned violinist, although you learned saxophone and piano before moving on to electronic music. Why those two instruments?

Frankly, I have never asked myself, why my father – a passionate violinist – enabled me to choose the piano as my first instrument. Speaking as an instrumental pedagogue, I know that it’s easy for children to establish a relationship with a piano. Not only do the familiar sounds and the impressive size of a grand piano attract children, but also the fact, that it is possible to create a sound from the first keystroke on. This is a big difference in comparison with a violin for instance, where it can take a while until the first clean tone.

Some years later I decided to learn and play the Saxophone, because I always loved the sound and was interested in jazz music.

Do you recall what was the first electronic music artist you heard?

The first artist of electronic music, who I experienced consciously, I can still remember due to his music video. It was Sven Väth – Harlequin – The Beauty And The Beast.

Can you tell us a little about your progression to electronic music as an artist and producer and how that came about?

My development in the world of electronic music started with my growing interest for DJing. The fact, that I started to play music in clubs, on the side during my music studies, had a big impact on me. I developed myself from a mere music lover, who listens to his favorite vinyl-records, to an analyst, who has to deal with the influence of different tracks and how the choice of different tracks in a DJ set affects a dancing crowd.

Another important part of my journey was that, through playing music in clubs, I got to know many DJs, and some of them were also producers. For several of those DJs it was most important to get live musicians into their studios, to increase their musical opportunities in the production process of some ideas and to implement ideas faster. During this studio work, my interest to create electronic music by myself began to emerge.

Who are some of your current musical inspirations?

Besides all of the influences I have when it comes to music, I consume a wide range of musical styles, ranging from classic, over different styles of jazz, psychedelic rock to vanguard electronic music. Besides that I sometimes just turn on the Radio in my Car and let myself be surprised.

You’ve released on a great selection of labels already and just had your first EP outing on All Day I Dream. How did you link up with Lee’s label?

About two years ago, Bülent showed Lee “Purple Hills” and within a few weeks he played the track in his Burning Man-inspired Essential Mix on BBC Radio 1 and asked me to sign it for All Day I Dream.

In the past you’ve worked with Butch a lot. How did you guys meet and end up collaborating together?

We met for a studio session in the Bouq Headquarter in 2014, where we created “The Infamous” amongst others like “Missing Channels” in about one day. He´s addicted to music in the same way as I am and since then we collaborated on a regular basis. Working with such an experienced artist is not only productive, but we’re also having a really great time together and I consider him as a close friend.

Is there an artist you would love to work on a track with that you haven’t had a chance to collab with yet?

There exists a lot of creative artists that I would be interested to work with. Time will tell how things will develop.

There is no doubt about your talent in the studio. Do you DJ or perform live also?

My passion for DJing started many years ago and I wouldn’t ever miss it. I’m very interested in doing a live performance, but to deliver something that fulfills my own requirements is not an easy task.

How would you describe the sound and direction of your DJ sets?

It really depends on the setting and my personal mood. I love to play open-air sets and after-hour sets especially because it’s more likely to tell a musical journey with my music.

Do you have any more releases planned for 2017? Can you tell us about any of them?

I’m always working on new stuff. My upcoming EP is another collaboration with Patrick Jeremic and will be released soon on Lee’s Get Weird. In late summer of 2016, I started writing my solo-debut album. The album took way longer than I had planned because my expectations began to rise once I was completely into it. Of course I am always working on new projects with Bülent and Patrick.