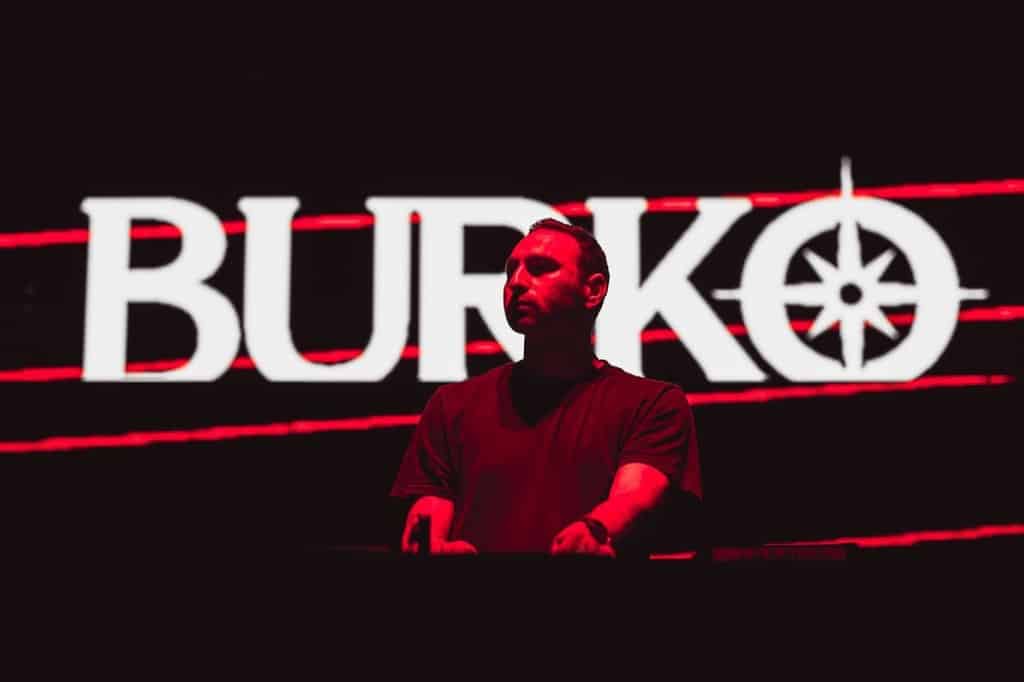 Burko has been making a name for himself in the southern California house music scene since 2020 when he began releasing tracks featuring his “medieval house” sound that’s unique for its dark, heavy beats.

The up-and-coming artist has been gaining strong momentum since 2020 with the release of his debut EP Put Me In A Trance. Since then, Burko has been collaborating with other electronic artists and releasing his own music as he continues to establish his style as an a

Welcome Burko, it’s great to have you on. You’ve been making a name for yourself in the SoCal house music scene since 2020, what’s your journey been like from maneuvering through the scene?

Thanks so much for having me on! My first shows were back in 2015 in Utrecht,  Netherlands, where I lived for 5 months while studying abroad. When I came back to the states and turned 21, I got a residency at EOS Lounge in Santa Barbara which helped shape my music taste by exposing me to a bunch of new music.

I didn’t start producing music until late 2018, and I spent the first 8 months or so of my production journey trying to learn as much as I could from Youtube videos and a friend from high school who was enrolled at Icon music school at the time. When I moved back to San Diego to get my Master in Business at UCSD in 2019, I dove head-first into the San Diego music scene, getting to finally road-test some of the tracks I was working on at the time, and ultimately fell in love with the experience of getting see the songs I produced in my bedroom played out on massive speaker systems and crowds.

“When I moved back to San Diego to get my Master in Business at UCSD in 2019, I dove head-first into the San Diego music scene, and ultimately fell in love with the experience of getting see the songs I produced in my bedroom played out on massive speaker systems and crowds.”

Burko found his calling for techno from the San Diego music scene.

What do you find inspiring when it comes to the SoCal house music scene?

I find it inspiring how willing people are in the house music scene to work together and support one another to bring each other up together, at least in San Diego.

“I find it inspiring how willing people are in the house music scene to work together and support one another.”

SoCal’s house music scene can be an encouraging community.

Listen: Burko “Cant’ Stay Here” – There Is A Light

Speaking of house music, your recent two- track EP Can’t Stay Here, dropped April 22. What went through your mind when creating the EP?

The title track, “Can’t Stay Here”, was a track I made a year ago around vocals that another producer friend of mine had shown me which was a bit more of a mellow vibe. I got ahold of the vocals and ultimately decided to take the vocals a different direction. The second track, “Reflection,” was a track I also made last year that came about as I came back from Art of the Wild 2021 in Vegas, and was feeling very inspired by a lot of the melodic techno I heard at the festival.

Read Next: What’s the Difference Between Techno & House?

What do you hope listeners feel when listening to both tracks?

With every track I make, I try to extract and exploit as much emotion from every element as I can. I hope the long, syncopated draw-out before the first drop of “Can’t Stay Here” provokes feelings of unpredictability and anticipation. With “Reflection,” there are some subtle water noises in the background of the track that I hope portray the intended image I had in my head when I wrote the song, an image of looking at your reflection in a lake or any body of water.

“With every track I make, I try to extract and exploit as much emotion from every element as I can.”

Creating amazing tracks comes from finding a strong feeling within the process.

When you were sent the vocals to, “Can’t Stay Here” what was it about the vocals and melody that made you want to start producing it?

I remember feeling so captivated by the vocals and imagining how I could create these dark elements around them. It was a challenge to try not to let the vocals get too repetitive since there were only two lyrical lines in the entire song.  Originally, I had included the vocals over the first half of the first drop as well, but ultimately omitted them in order to both prevent repetitiveness and allow more focus on the other elements happening during that section.

Do you have any advice for new DJs that want to create house music, but don’t know where or how to start?

I’ve started off by making music that just sounded good to me, and didn’t worry about trying to make it fit into a category or box. I guess I’m just lucky enough that other people seem to like what happens to sound good to me when I’m creating music. There’s something to be said for making sure a track will sound good in a club though. But I think prioritizing it sounding good to you and then tweaking as needed to make it more DJ friendly for the club is a good place to start.  Also, I think focusing early on learning how to mix down a track and make it sound clean is a good thing to prioritize and will help propel your production journey quicker.

“I think focusing early on learning how to mix down a track and make it sound clean is a good thing to prioritize and will help propel your production journey quicker.”

Burko’s key to producing a strong track and EP is by patience with the creative process.

Any upcoming projects on the horizon?

This year I have tracks coming out with Autograf and SNBRN separately on both of their albums, and I just finished up a collection of very vocal driven originals with vocalists I’ve met in very random ways that I’m really excited about. I’m also making my EDC debut next month in Las Vegas, and am very stoked on that.