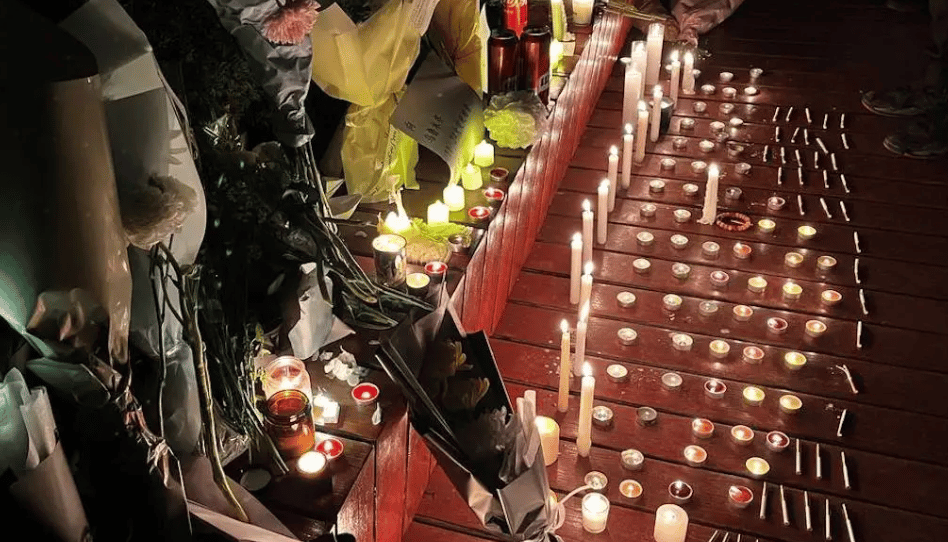 DJs and producers in China, who spoke with Resident Advisor anonymously about the recent protests, say the government’s zero-Covid policy has been “absolutely devastating” for the electronic music community.

Last Thursday, November 24th, a deadly fire raged in an apartment block in the western city of Urumqi, killing at least ten people. A candlelit vigil the following night turned angry when viral social media posts claimed the building was partially locked due to strict Covid-19 restrictions, making it difficult for the fire services to gain access.

Speaking to RA, one DJ/producer said they went to the protests in Urumqi after seeing videos online. “It was very crowded with many young people and bystanders, police wouldn’t allow anyone to enter the area. The next day I heard people had been arrested.”

This sparked a wave of protests across China, spreading from Urumqi to Beijing, Shanghai, Guangzhou and numerous other major cities and universities. These are the first nationwide gatherings of this kind since the forcibly suppressed Tiananmen Square pro-democracy protests of 1989.

“Protestors arguing with police were arrested,” the artist told RA. “Others [were] getting shoved as they walked too close to the police line of control, prompting more arrests.”

The artist said similar scenes unfolded the following day but with larger crowds. Many people chanted for the freedom of those arrested the night before. According to the artist, it’s important Western media refrains from “over-reporting the anti-government aspect” of the protests as this has “caused a lot of harm to the movement within Chinese internet.”

A DJ and fashion designer, also based in Shanghai, joined the protests after midnight last Saturday. “This is the first time I’ve seen anything like this in my life,” they told RA. “By 4 AM, everything changed when police started arresting innocent people.” They said despite no violence from the activists, the police were dragging protestors to police cars.

Dissent in China can be a crime so the action of protestors is “brave and extraordinary,” they added. “It shows censorship and propaganda cannot kill the spirit of freedom in China. It’s so touching and I can’t help crying.”

Rallying against the long, intense lockdowns has also triggered something deeper, with many protestors holding sheets of A4 paper to symbolise freedom of speech. “It’s about fighting systemic oppression,” the Shanghai artist said. “With the Covid-19 restrictions, a lot of normal people have felt the impact of this more than usual.”

In Chengdu, China’s fourth city home to more than 20 million citizens, an artist who chose the pseudonym JS told RA it was “very overwhelming” when they joined activists on the streets. “We had to run when a group of people wearing the same white masks rushed towards us to make us hand over our phones. I’m very protective of my data.”

Surveillance technology in China means authorities can track protestors. This is what happened to anonymous artist 5071 after they attended a protest in Beijing over the weekend. The following day, their friend was also summoned to make a statement at the police station. “China’s current draconian epidemic prevention policies make it impossible to live and work normally and this needs to change,” they said.

Since the beginning of 2022, the ramped-up Covid-19 restrictions have had damaging repercussions for the country’s electronic music community. A three-day festival organised by 5071 was initially postponed then cancelled. “Many venues have been more or less shut down,” they added. “There’s no way for foreign artists to get into the country to play. Our studio is also closed because of the Covid-19 policy.”

Another artist said the impact on the scene has been “absolutely devastating,” as last-minute, Covid-related cancellations make it “incredibly hard for venues to organise schedules and lineups.”

The electronic music community has waged a futile battle against the restrictions. When a positive Covid-19 case was identified at a club in Shanghai, all the attendees were tracked to their homes and forced into quarantine. Their front doors were installed with cameras observing them for an additional three days “in case they decided to leave,” one artist said.

These conditions have led some artists to leave China, though many don’t have the option. To keep the scene alive, promoters have been booking acts from other parts of the country. But this is complicated because QR codes verifying negative test results are flagged as invalid in cities using different systems, making public spaces like restaurants and music venues inaccessible. The only way around it is to take multiple PCR tests over several days until the result reads accurately.

The Covid-19 restrictions have also deterred ravers from going out for fear of jeopardising their safety, one artist added. “Shanghai used to have a very exciting electronic music scene, but now, it’s just getting shattered.”

Initial protests against the zero-Covid policy took place on November 14th in Guangzhou, home to the iPhone’s flagship plant, Foxconn. Protests escalated on November 23rd when workers at the plant clashed with riot police over pay and sanitary conditions.