The Courage of Bradley Gunn Raver: An Important Lesson for Mental Health in Nightlife 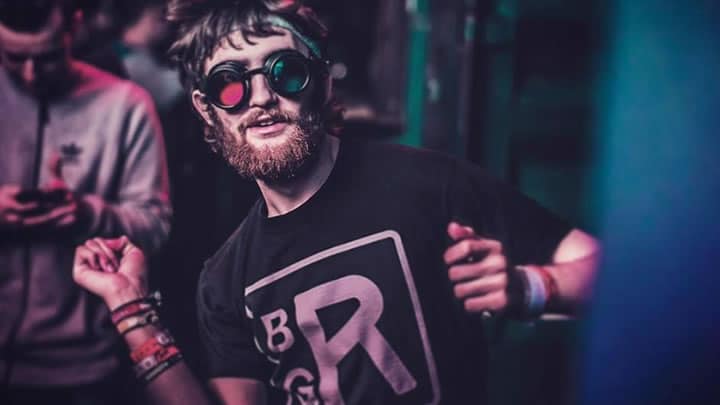 The Courage of Bradley Gunn Raver: An Important Lesson for Mental Health in Nightlife

Those immortal words were first placed over an intoxicating four-on-the-floor beat by Galaxy 2 Galaxy back in 2005, and they have been remixed and sampled countless times since. Pretty much every raver has heard them in a room with minimal lighting full of swaying bodies and taken a moment to reflect on these hauntingly truthful queries.

“At first, I was happy just going a long to dance at events, the core reason why I started, and the core reason has stuck ever since, but it’s more than that now. I no longer feel satisfied just dancing, the core interest has diluted that it doesn’t have as much influence as it did. “

Bradley Gunn made a name for himself by attending numerous raves and electronic music events all over the world, and posting videos of his rambunctious dance moves. After a couple viral videos, Gunn was producing his own clothing line, posting photos and videos alongside legends like Carl Cox and being asked to speak at the London Music Conference.

What made Gunn’s full-throated exuberance on the dance-floor an engaging topic for discussion is the fact that he has Asperger Syndrome which, according to Autism-Society.org, can affect those afflicted as follows:

“Individuals with Asperger’s Disorder usually want to fit in and have interaction with others, but often they don’t know how to do it.”

That’s what made Gunn so inspiring to the dance music community. He discovered that raving and being himself on the dance floor was his way of conquering his condition. In reality, most people, whether they have Asperger’s or not, have trouble fully expressing themselves when they first enter the dance music scene out of fear of judgment or any number of things. Gunn served as a model for success in that regard, and he was widely celebrated for it.

And yet he still made the decision to end his journey as Bradley Gunn Raver. This was clearly not an easy decision for him, but he made it anyway.

Some may view this as a mistake. After all why would he give up his status especially in a world where social media influencers are nearing movie-stars in terms of fame and notoriety? He could have signed with an agency and taken his “Love Life and Rave” ethos all over the world.

“I feel trapped inside what I have created. I constantly feel stressed, having to live inside my self-manufactured, conditioned public image. It’s quite ironic as the message I was pushing out was to be free, be yourself, not care what people think and just lose yourself on the dancefloor, yet as the days went by, I was becoming more disconnected from this ethos more and more, the organic, free-living image had become a very strict, controlled and staged image.”

There is no way this was easy for Gunn to acknowledge, but he did it anyway which is incredibly courageous.

To be able to recognize when you need to put aside something from your past is a true talent. Many people run away from this idea. They cling to memories of the way things were and assume if they continue down the same path they will feel the way they once did.

Mental illness has been an issue within the performing arts for centuries, and that doesn’t necessarily refer to overt conditions like Asperger’s either. Mental illness is elusive, and it can be taxing beyond belief. People both within and outside the scene view music and party culture as nothing but fun, almost as if your happiness and mental stability are directly proportional to how many parties you attend per year.

Unfortunately that is not the case, and to discover that something you once loved so much is now the source of true dread can be terrifying because it represents unknown terrain. In the past when you felt depressed you may have gone to one of these parties to alleviate those feelings. Now the parties are causing those feelings and you don’t know how to alleviate them any longer. It’s a scary thought.

What’s even worse is that there is no set-in-stone way to combat this mental shift. Everyone’s different and everyone needs to approach changes in their lives with kindness and vulnerability. The only universal piece of advice in this regard is to trust yourself. Deep down you know what makes you happy even if that knowledge has been covered by denial for years and years.

Bradley Gunn Raver knew raving made him happy for years, and he inspired countless others to find happiness in raving. Now he knows that raving turned away from being a source of joy, and he has made the conscious decision to move on from the part of his life with grace. Hopefully he can inspire just as many people to do the same.