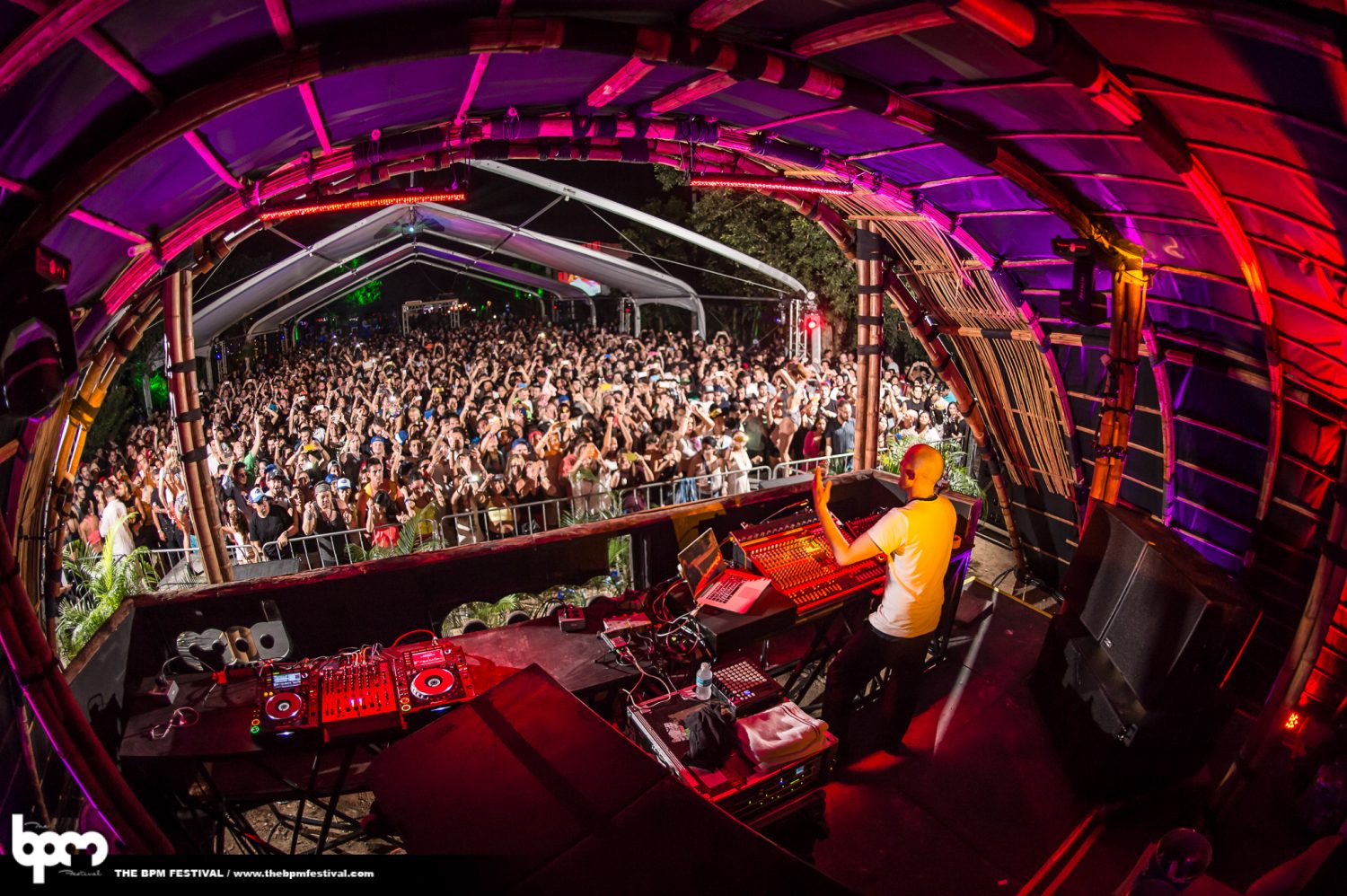 Whether you are dance music lover or in the industry, there is something in store for everyone with the variety of beach side, open air venues, and nightclubs featured in the programme.

Tickets are available at TheBPMFestival.com/tickets. Flexible travel, accommodation, and ticket packages are available via The BPM Festival’s official travel partner Choice Holidays, a member of the Association of British Travel Agents (ABTA) and an Air Travel Organisers’ Licensing (ATOL) protected and insured company. 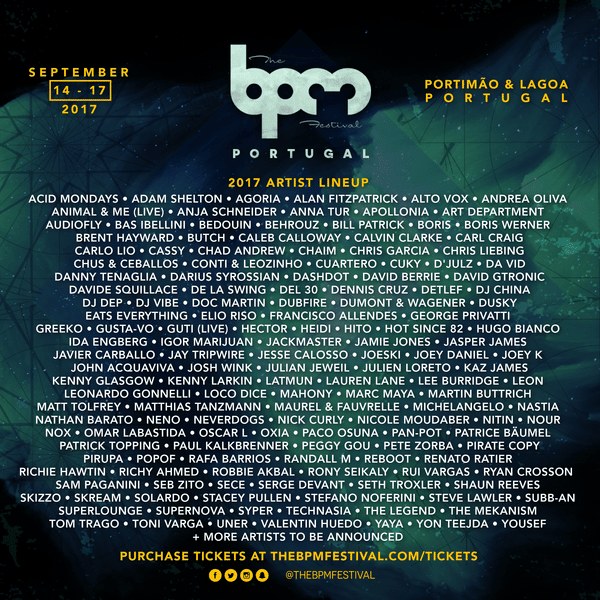 Below are our top 10 artist picks for you to catch at The BPM Festival: Portugal:

Hailing from party capital of the world, Ibiza, Spain, Lex Wolf and Negghead of Acid Mondays have stood out in the crowd from the many DJs and producers that take over their city. The self-proclaimed “hallucinogenic house and reality bending techno” sound have brought the duo lots of attention after their debut release, “The First One” back in 2009. If you want a preview of what Acid Monday has in store, check out their Circus X Boiler Room set.

Behrouz translates to “success” in Persian and that is the perfect term for the musician, curator, and owner of the popular nightclub and event brand “Do Not Sit On The Furniture.” Mr. Nazari has brought his blend of international flair and desert house to dance floors all over the world for almost a decade now, so there is no surprise that he is a Robot Heart favorite every year during Burning Man.

Who won “Best Breakthrough DJ Of The Year” in 2016’s Best of British Awards? An emerging 26-year-old named Jasper James. Don’t let the young age fool you, this Glasglow native first learned how to DJ at the age of 13 thanks to his famed father, Harry of Subculture’s Harri & Domenic. Jasper is also known for his memorable b2b sets in the festival circuit alongside names such as Gerd Johnson and Jackmaster.

Julian Jeweil has made plenty of noise in the underground scene with live performances that include both flavors of French and Berlin techno. His recent release on Drumcode, the Rolling EP, is described as “The perfect soundtrack for the early hours in the club”. This Beatport chart topping regular is a must see in Algarve.

It’s been two-and-a-half decades since Kenny Larkin started his musical journey in Detroit and introduced himself with techno classic, “We Shall Overcome”. The legend has enjoyed re-emergence by releasing new productions and touring the world with long-time friends Carl Craig and Richie Hawtin. Going to BPM Portugal? Know your roots and don’t sleep on Kenny Larkin.

Anastasia “Nastia” Topolskaia has come a long way from her days living in a small village in Ukraine. The renaissance woman plays multiple roles in the music industry with a series of showcases, radio shows, and as the head of her very own vinyl record label. She wants to make one thing clear, she’s not a producer. Just a good, old fashioned DJ who knows how to cut and mix it up on the one’s and two’s.

Oxia is a well-seasoned French DJ and producer influenced by the sounds of early house, Italo-disco, and funk. Olivier Raymond is also the head of record label Diversions Music and has released with buzz-worthy labels such as Hot Creations and 8bit. Don’t expect him to take a break anytime soon, this artist has released tracks every year since 1997 with quite the impressive discography as a result.

This longtime Amsterdam DJ and producer is known for his deep, dark and moody sets that are self-described as “techno for grownups.” Recently, the Red Bull Music Academy graduate has enjoyed successful global residences and releases on KOMPAKT and Tale of Us’s label, Afterlife. Patrice has an eclectic musical taste and draws influence from jazz to new wave and everything in between.

Parisian producer Popof has been touring non-stop recently, taking his groovy, hypnotic blend of techno and house to all corners of the globe. In between releasing fresh tracks and globe-trotting, he balances another role as label head at Form Music. Sit back, relax and enjoy the beachside views and vibes with Popof in Praia Da Rocha.

Sam Paganini has become a household big-room techno name since his debut in 1996. The Italian-born talent has delivered chart toppers for well-respected labels such as Plus8, Cocoon and Drumcode. Don’t miss him in action during BPM’s inaugural Portuguese edition.