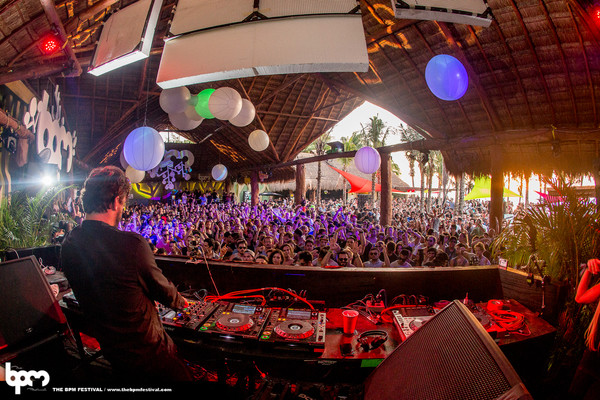 “It’s important to be here because the rest of the world is here — well, at least the connoisseurs of good music are here. It’s insane, everyone is basically here playing, it’s very important to be represented and to show the world what the good music is about.” — Joris Voorn

For the past nine years the dance industry welcomes the new year with the iconic BPM Festival in Playa Del Carmen, Mexico. The BPM Festival 2016 will take place at various venues in the pristine beach location from January 8-17th, and organizers are releasing a limited batch of early bird tickets for those willing to commit this far in advance.

Super Early Bird Tickets for BPM Festival 2016 will be on sale Friday July 17th at 5:00 PM EST, and will be available on the BPM Festival Official Website on that date.

As always, it is a highly anticipated festival for fans and industry folk alike. Many trade in their rain coats and umbrellas for bathing suits and margaritas, all while enjoying 10 days of some of the best that underground dance music has to offer. The Phase 1 Lineup is yet to be announced, but we can be certain that BPM will bring forth another fulfilling year with a variety of acts and labels in the underground spectrum. Last year BPM Festival hosted over 375 artists throughout the 10 day event, and had an astonishing 60,000 attendees making the journey from all over the world. Let’s see how things align for the 2016 edition.