BluePrint: Context Is Everything, As Is Networking And Getting Your Name Out There 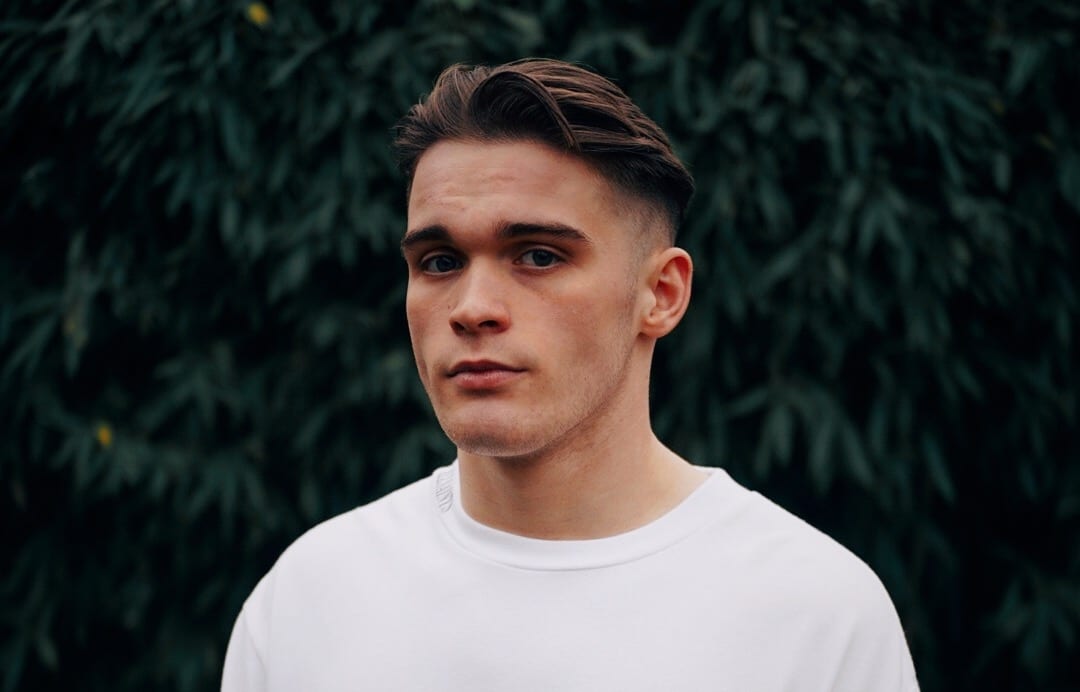 BluePrint: Context Is Everything, As Is Networking And Getting Your Name Out There

Merseyside born, BluePrint has been enjoying a career that has been rapidly building momentum over the past year. His debut release, Context Is Everything received support on the airwaves from DJ heavyweights, The Black Madonna on We Still Believe and Pete Tong on BBC Radio 1, before the young DJ went onto to do an exclusive Weekend Hot Mix for the latter.

Having recently remixed the popular Sonny Fodera track, “Before U”, BluePrint reworked the original into a dreamy drum-kicked-laden weapon. Using his signature of melodic synth structures and lo-fi bass elements over AlunaGeorge’s cool vocal chops, BluePrint transforms Before U into a progressive house number.

We spoke with BluePrint to learn about his journey and how his past experienced have shaped who he is and where he is at in his career.

Hey Jack, thanks so much for chatting to us here at 6AM. For any readers who don’t know who you are, can you explain a bit more about yourself and how you got where you are?

Hey!! No worries at all, thank you for having me.

So I’m 20 years old and based in the North West of England, I’ve been producing music for just shy of 3 years now. I think things really kicked off for me a few months after I came back from Annie Mac’s Lost & Found festival over in Malta last year. It was on the first night of the festival where I managed to sneak backstage and introduce myself to the incredible human that is Jaguar (BBC Introducing Dance), we got chatting and I eventually asked her if I could send over some music. The following night I was at the bar getting the round in for the lads, knee tapping away as I was waiting in the queue and I recognised this tune playing and I thought this is half decent this and suddenly I realised it was one of my own, Jaguar was playing it in her set.

I can still remember that overpowering feeling rushing through me from that moment, my first ever track played out by another DJ. That’s what it’s all about, I was over the moon! This filled me with a little extra confidence for the remaining couple of days and spurred me on to try and negotiate my way backstage again for the second time to see who else I could pester to send music to.

I was enjoying the free drinks etc and general vibe of being backstage (maybe a little too much) and noticed one of my absolute heroes out of the corner of my eye. The Black Madonna. She was one of the very first DJ’s I ever saw live at Creamfields in 2017 and got me hooked on dance music. I thought to myself “I HAVE to go speak to her” but even the thought of it made me feel so nervous and anxious, I really had no idea what to say.

Eventually, I built up the courage (maybe had a couple extra few drinks to help) and went over to speak to her. I just thought fuck it, say hi and tell her you’re a fan. She greeted me with a huge smile and a hug and I instantly felt so welcomed and all my nerves just vanished. I asked her for some advice about being an aspiring producer and at the end asked for her email to send music over to. As soon as I got back from the festival I was so motivated and focussed. Straight into the studio I went, that’s when I wrote “Context Is Everything” and it was definitely the best thing I had made up until then. I sat on it for a few weeks, making some tweaks here and there, overthinking it as us producers do and then decided to send it over to The Black Madonna not thinking anything would come of it.

A few weeks later I received a message from her tour manager saying she was going to play it in her “We Still Believe” radio show. (Episode 7 to be precise, my lucky number too.) Again I can still remember that same overpowering feeling so well, not even being able to sleep the night before either because I didn’t believe she would actually play it. Her tour manager also asked me if it was ok to pass the track on to Pete Tong’s team for his Radio 1 show. Ha. Obviously it was ok!

Nothing came of the back of that though, until I made my next track “A Rose Between Two Thorns (VERONICA)” This then ended up getting played across all 3 Radio 1 Friday night dance shows over the following months, which then led to signing both of those tracks to make up my debut EP on Stress Records.

All of the networking and motivation I gained off the back of my experience in Malta really helped me get to where I am now, and I can’t stress enough about how important it is for us aspiring/up and coming producers to network and kind of force yourself into people inboxes in order to get heard. Put it this way, if I never built up the courage to sneak back and introduce myself to the likes of Jaguar and The Black Madonna then I wouldn’t be in the situation I am now.

How would you describe your music?

I would describe my music as energetic, uplifting and euphoric. I really put my focus into building tension and emotion in the breakdowns, making the “drop” the release of all that. I definitely take influences from 80’s music and old synth pop records as well as some elements from classic trance records.

Are there any artists you’d compare yourself to in terms of genre?

Errr… I do a fair bit of referencing when I create music and I often find myself flicking through tracks from the likes of Joris Voorn, Kölsch, Guy Gerber and labels such as Kompakt and Running Back to find my inspiration and spark new ideas, so I guess you could link my sound as my take on a mixture of all those.

Pete Tong recently had you on for a Weekend Hot Mix, tell us what this meant to you and how did this come about?

The Weekend Hot Mix really was a dream come true. Having listened to Pete Tong religiously for many years The Weekend Hot Mix was definitely one of my goals for the future, never mind being asked to do one before I had even released any music!!!

This came about off the back of my track “A Rose Between Two Thorns (VERONICA)” it had quite a bit of air time on the Friday night dance shows, which was how it ended up on Stress Records’ radar, once it got signed to them I think the guys over at Stress put it forward for me to do a mix for the show, so a huge thank you to Luke and Sean at Stress Records!

You’ve just done a killer remix of Sonny Fodera & King Henry’s track, Before U ft. AlunaGeorge (Black Butter). Tell us about it!

Thank you so much!! I’m glad you like it!

My management (shouts to the legends Aaron and Kieran at Crisp) got contacted by the people from BlackButter asking if I was up for it. I remember being stood in the queue at Tescos waiting to do my food shop at the time and receiving a text from Aaron asking if I was up for doing a remix. The whole world just stopped and I literally had no idea what to do, I checked out the track on my headphones and my heart sank, I just felt like it wasn’t the right kind of track for me to remix, I didn’t feel like I could add my style to it and I certainly didn’t want to force anything just for the sake of remixing these incredible artists and producers.

Anyway, driving home I had it on repeat and I just fell in love with Aluna’s voice, she is incredible! I thought to myself I have to give this a go and make something off it, so I messaged Aaron and Kieran back to confirm. They then said I had to get it done by the end of the week, my heart sank again, I never fully finish a track in a week, I need at least two weeks of crippling self doubt and overthinking everything to make sure it’s finished! As soon as it sunk in I got cracking, I took the vocal and a few extra elements from the original and completely flipped it into this synth-heavy melodic journey of a track.

Is there anyone else you have your eye on to work with?

Just from being a fan I would love to get in the studio with the likes of Joris Voorn, Paul Woolford, Rex The Dog and of course the genius that is Four Tet. I’m currently working with a guy called Will Easton on a few things at the moment as well so keep your eyes peeled for that in the near future.

How’s lockdown life been for you?

On a whole, it’s been a blessing in disguise. I’ve had my moments of having absolutely zero creativity levels, but having spoke to quite a few producer friends I’m not alone there. It’s definitely made me realise that clubs and events are a huge source of inspiration and motivation for me, so you won’t catch me leaving the rave early once things reopen again! On top of that I have managed to finish a fair bit of music and had the chance to experiment with different styles and production techniques which I’ll be including moving forward. I’m just itching now to get out again and get back on that DJ graft!!!

What’s next for BluePrint?

I have a remix coming out on Danny Howards label Nothing Else Matters on the 24th July, I don’t think I can give away too much detail on that just yet, but it’s coming out with another remix from a producer that I rate highly and respect a lot, so I’m looking forward to hearing that!

Then I have my next Stress single coming out the following week on the 31st July, this is two original tracks from myself which I cannot wait for you all to hear!!! I have also remixed the incredible Georgia, her track Started Out, that should be out soon after my Stress single I think, a release date is yet to be confirmed. And then hopefully if/when clubs and events start up again I’ll have the privilege of playing in front of a few people doing what I absolutely love.

Thanks man, really appreciate you chatting with us.

Thank you so much for having me on here, it has been a pleasure to chat with you guys and share some of my journey so far with you all.