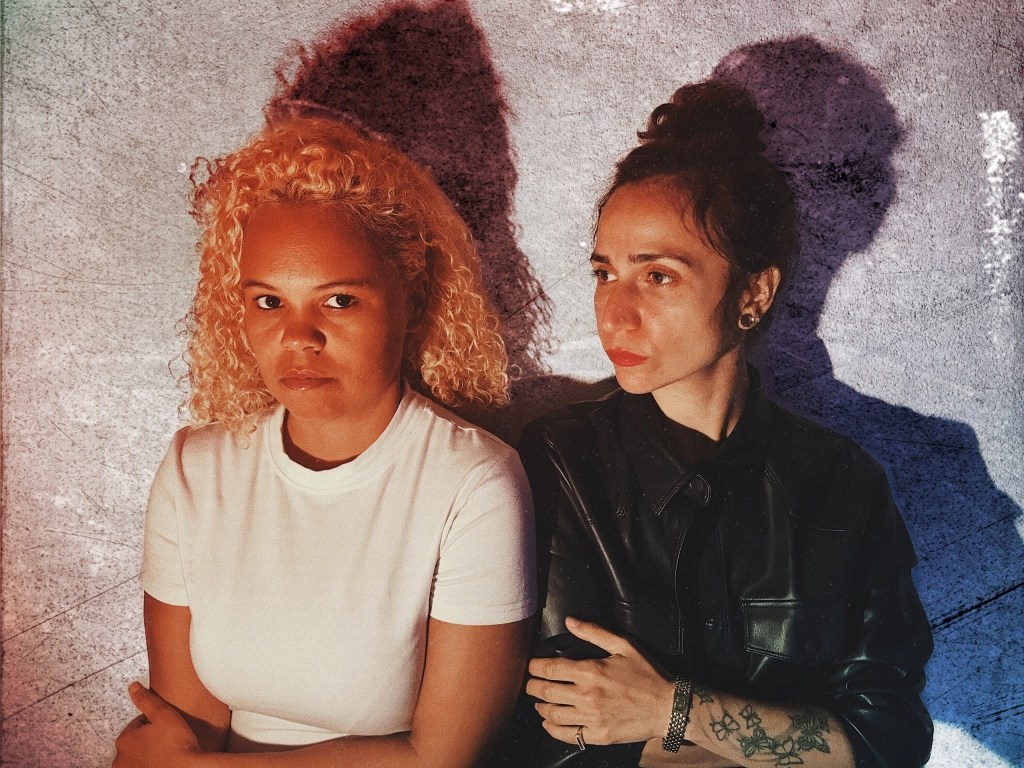 Netherlands-based BLACK GIRL / WHITE GIRL is a force of nature, squared. The pair combine their taste for raw and rousing music and channel influences from their respective Curacaoan and Israeli heritage to create tracks and sets that keep dancefloors mesmerized and on their toes. Following previous releases on SYMBOLISM, EI8HT, and Super Rhythm Trax, BLACK GIRL / WHITE GIRL is poised to end the year with a top-shelf party starter: 777 Squadron. Their forthcoming EP features a slew of four off-the-wall dancefloor bangers overflowing with original ideas and raw, jacking grit.

777 Squadron will be released on November 26, you can buy the EP here.

BLACK GIRL / WHITE GIRL have earned their stripes on the global club circuit by lighting up dancefloors with their heady style that swerves into techno, house, disco, electro, and rave territory. Their DJ sets are loaded with musical curveballs and selections that build a narrative extending far beyond genre, time, and space. From appearances at warehouse raves and steamy basement clubs, to performances at cutting-edge venues such as Watergate, Motion Bristol, and Tel Aviv’s The Block, BLACK GIRL / WHITE GIRL have emerged as uncompromising and multifaceted producers and DJs specialized in working the dancefloor.

The pair continue their powerful run of form despite the global disruption of the pandemic. They’ve earned support across the techno community and established a strong rep. They remain busy on the output front with their new alias FOR3V3RN3SS, new music dropping on Balkan Vinyl, and installments of the monthly OPERATOR mix series that keeps fans dancing at home.

“With Dance Mania-style records being a massive staple in our sets, we felt it was high time to release this lockdown passion project referencing that iconic, stripped-down ’80s Chicago house sound. We’ve intertwined jacking, accelerated rhythms with rich percussion, injected gritty, sci-fi inspired melodies, and topped it all off with various iterations of the 303.

Tried and tested over the past year or so, the word on the street is that these are top-shelf party starters. We’re incredibly happy that this is out on Balkan Vinyl, a solid label with a never-ending catalogue of proper spicy bangers.”

777 Squadron features four tracks: “Phaeses”, “Flaming Dragon”, “Freaqs In The Dark”, and “777 Squadron”. Right away the pair asserts that they’re not here to mess around and launch into the percussion-heavy and incredibly groovy “Phaeses”. Jam-packed with bumpy party vibes, the tune highlights their ability to craft no-nonsense, mind-curdling slammers.

“Flaming Dragon” is a stripped-down acid flex, commanding listeners to indulge in a jack-tastic full-body workout. This is exactly the type of tune that would inflict serious damage both in a basement club and on a massive, rave-ready festival stage.

The party continues with “Freaqs In The Dark”, a menacing, synapse-melting wobbler that nails their homage to the hypnotic sound of late-eighties acid house. Capping off an extraordinary outing is the title track “777 Squadron”, a spiraling techno stunner evocative of the halcyon days of jacking warehouse techno.

BLACK GIRL / WHITE GIRL’s music has remarkable clarity, depth, and richness that reflects a deep reverence for the past and sounds like a blueprint for something new altogether. It should come as no surprise that the artistry, cohesion, and ferocity exhibited in their work will see them solidified in the pantheon of contemporary masters in the near future.