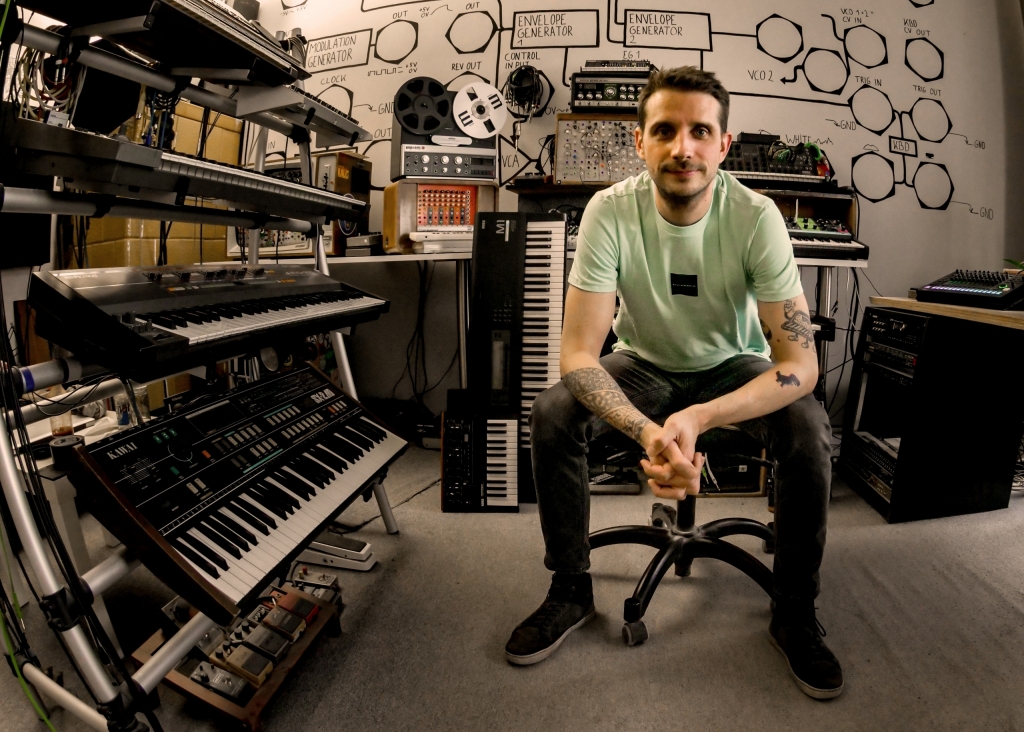 Born and raised in Belgium, Joris Biesmans aka Biesmans is quickly becoming a star in the electronic music scene. Thanks to his impressive synthesizer-heavy productions and work as a sound technician at one of Berlin’s most iconic clubs, Watergate, he’s captured the attention of many. At home, Biesmans can be found amongst his many beloved synthesizers, dedicated to honing his studio craft. Having recently quit his technician job to focus on making music full-time, his inspiration to begin the journey on crafting his debut was born out of the pandemic. With no where to travel, Biesmans cheekily named his debut album Trains, Planes, &  Automobiles, available now via Watergate Record.

Are you struggling with putting your music out there or are labels not getting back to you?  Enroll in ArtistMap Phase-2 to learn about effective music marketing strategies and tactics to get your music noticed.

Biesmans debut album Trains, Planes & Automobiles is a synths lover’s dream. As evident by the Pacman-inspired album art and named after the iconic film, Biesmans crafted this album by taking inspiration from all things the 1980s. Listeners will instantly be transported back to the time where the walkman and disco ruled from the first play. With his debut album, Biesmans follows a string of strong releases in 2019 on labels like Correspondent, AEON, 17 Steps or Future Disco. In addition to his music releases, he also grew an audience on social media for his unique point-of-view (POV) production sessions. In these POV videos, Biesmans shows his live skills and guides you through his hardware-heavy studio set-up. Biesmans recently sat down with 6AM to discuss his top five tricks for beating creative writing blocks.

Watch the video for Biesmans second single off the album “Cold Void” below:

It can help to make music on different tempo than you are used to. Also changing the tempo (a considerable amount) changes the whole vibe of the track. Melodies sound different and could trigger new ideas!

It might seem obvious but keep things SIMPLE! If you’re having a block, it’s not wise to try and re-invent yourself. Just make an easy beat, an easy bass, an easy progression and before you know it, you’re back on your horse.

Act fast and don’t overthink! Creative flow can come fast and leave just as fast! Don’t get stuck on single elements but try and see the bigger picture.

Get inspired by other music! I always have my ears open and when I hear an element or an idea I love, I write down the song and get back to it when I have no inspiration. Most of the times my personal approach to someone else’s ideas sounds totally different and gives me a whole new world of possibilities!

Try to change your routine. If you like to make music in the evening with some beers try to get up early and make music first thing in the morning (with some coffee). If you always use a specific instrument for bass, try using it for the lead. A change in routine ALWAYS leads you somewhere!

Listen to the full Biesmans Trains, Planes & Automobiles album below: