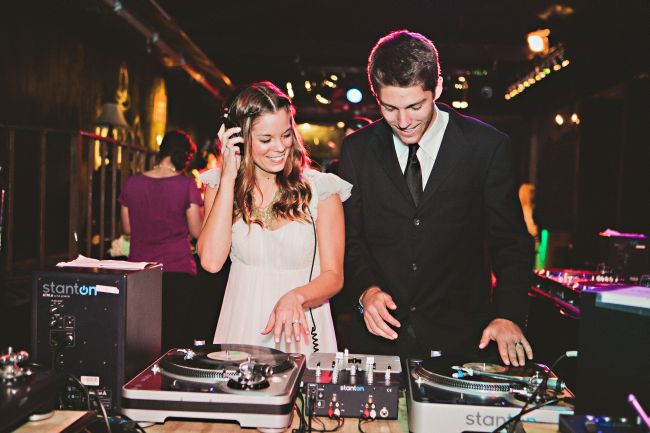 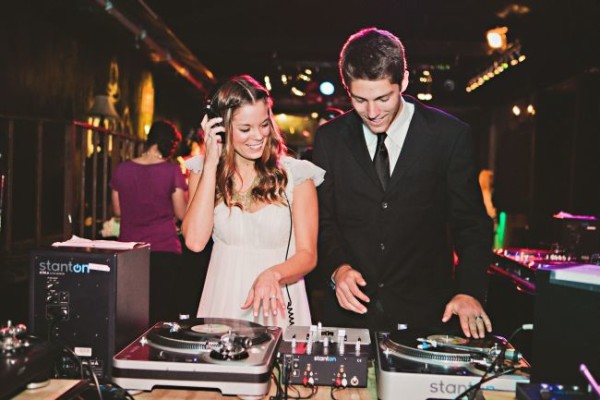 When it comes to the life of entertainers in general, not just DJ’s, a good amount of the public perspective may think that these people (with their fame and recognition) indulge at the opportunity to sleep with who ever they want. When looking at the life of superstar DJ’s in particular, the assumption of that lifestyle is even greater being that as a DJ you are constantly in clubs surrounded by beautiful, confidently intoxicated people.

You can’t blame them can you? We’ve all got a little bit of a hedonistic animal within us at times (yes even I *wink wink*). But amidst all these social assumptions and claims of whoredom, there are alas many examples of DJ’s who are not only committed to their relationship, but have been together for years BOTH as DJ’s. Sometimes they tour the world together, at other times they will separate, but amidst the lifestyle they are still together in a communion of love, party extravagance, and dance music. We’ve accumulated a list of 6 incredible couples who, despite what society may think and the peer pressures, remain together and let the world know that they are each others. And may I say, some of these couples kick some serious ass together. 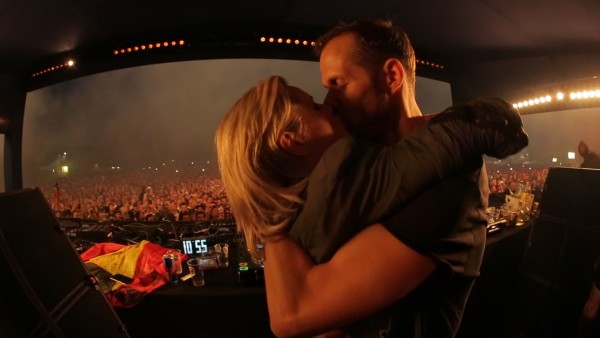 When it comes to badass couples, these two have got to take the cake. Adam Beyer and Ida Engberg are two of the most renowned DJ couples in the world. Meeting each other through similar tastes in music and attending the same parties around the town, Beyer decided Ida would be a good addition as an opener to his Drumcode parties. As time went on and Drumcode got bigger, so did Adam and Idas infatuation with each other. The duo plays around the world with each other at places like Time Warp, Awakenings, Space Ibiza, and Love Family Park (to name a few).Your lucky enough when you find someone shares a similar music taste, but when you get to go about the world together and share each others crafts with the world together, I don’t think anyone can experience something more gratifying. Cheers to you Adam and Ida! 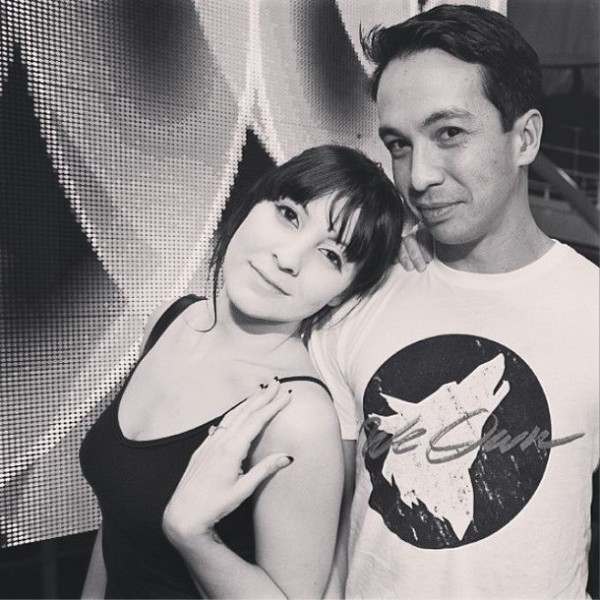 DJ Gina Turner started her DJ career as a radio DJ in Boston. Shortly after that Gina Turner joined the house and dance music community, and has been a part ever since. Through her career she’s beeb 1/2 of the duo Nouveau Yorican (with her husband) and head of Turn it Records.  Laidback Luke started out by gaining recognition as graffiti in the Netherlands, then from there somehow ended up being one of the best DJ’s in the world (debatable, but artistic talent can intertwine in the strangest way). The couple married shortly after announcing their engagement at Holy Ship 2012 and married  October 1, 2012. You can catch them playing gigs with each other here and there,  but they mostly do their own thing when on their respective tours. Hey every couple needs their space, right? 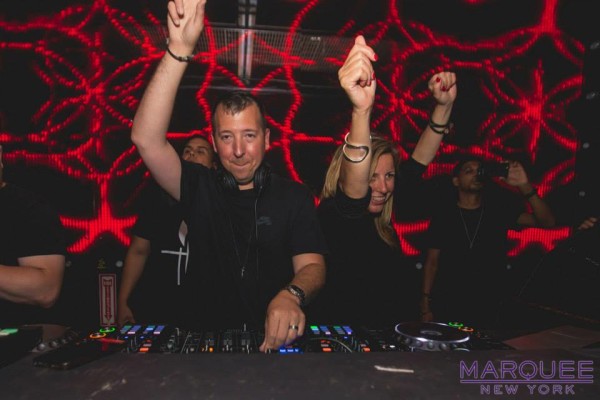 Sleepy and Boo are two New York based producers, DJ’s, promoters who are the driving force behind Basic NYC. Aside from throwing epic parties headlined by legendary underground talent (under Basic NYC) and having their own Friday night residency at Marquee in New York, Sleepy and Boo still manage the time to hit the studio and arrange some quality tracks. They dish out a range of styles from Funky House music to dark sounding Techno. When it comes to Sleepy and Boo, it’s safe to say they are New York’s favorite DJ couple. 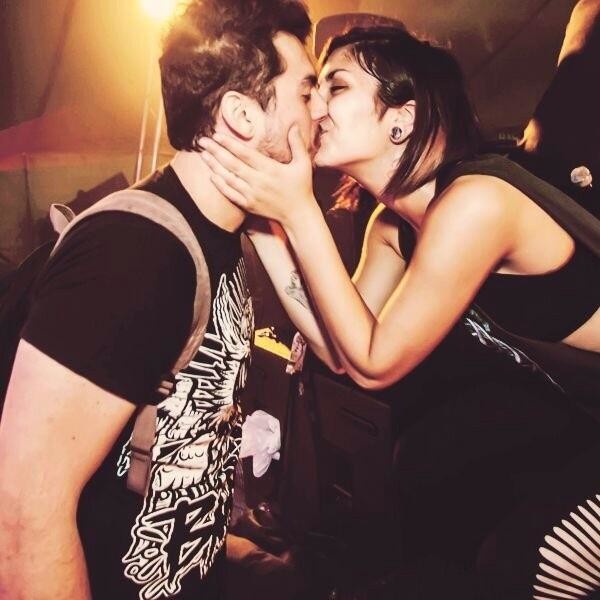 This is a modern love tale we’ve got here. Yasmine of Krewella and Leighton of Adventure Club are both 1/2 of 2 DJ Duos. With both groups producing similar types of music, and Yasmine and Leighton having an online infatuation with each other, they decided to start exchanging music stems between the two groups and eventually ended up  in the studio together. Since then the groups have had many successful releases and back to back performances together. I’d be guilty if I said I’ve never met through online, but luckily in Yasmine’s case, their relationship did not just end up in the back of a car seat. They are recognized by many as “EDM’s cutest couple”. Both young, good lucking and successful, what’s not to love about them? 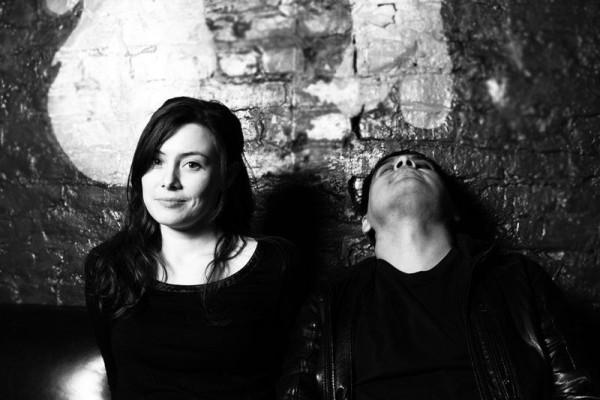 Even amidst the darker and more serious sounds of the underground, people have to take a break and give a little time to lighten up the atmosphere a bit with something warm and bubbly (love of course). That’s exactly what this couple is an example of. Maria Goetz and Angel Alanis are two badass underground techno DJ’s who both have that 3am warehouse techno vibe when it comes to their music. Chicago based Angel Alanis is the head of Slapp Jaxx and has been DJing since the age of 14. Maria Goetz is a bit of a newcomer to the scene, starting off her experimentation with music in 2012. By day she is a certified nurse, by night a full forced DJ with a playlist that you can imagine creeps from the corridors of a late night/early morning rave party. They both live in Chicago and continue to play B2B and have made multiple releases together. Watch out for this upcoming DJ couple! 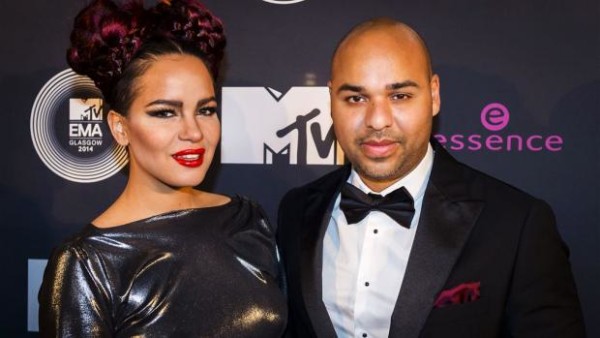 Sidney Samson is a world renowned Dutch producer and DJ who got his beginnings DJ-ing Hip Hop at the age of 13. Eva Simmons, also from a Dutch background, was fueled with musical curiosity at a young age as both her parents were musicians. Although Eva is not a DJ, she is heavily involved in the dance music scene collaborating vocally with several big player like R3hab, Afrojack, and of course her boo, Sidney Samson. This couple is fortunate they have each other, not only for having that special someone there when you need them, but if Sidney ever needs some quality vocals for his track, all he has to do is shout down the hall and he has it covered. If Eva needs some world class production for her lyrics, then Sidneys her man.  They really do complete each other.