Bertolt Meyer on Modulars, Mind Control, and the Future of Music and Machines 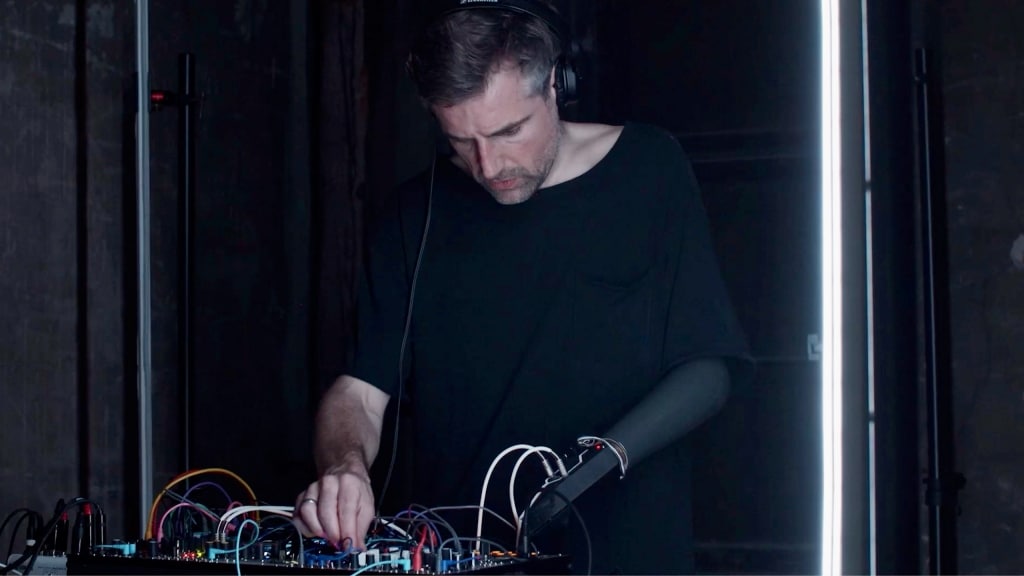 Bertolt Meyer on Modulars, Mind Control, and the Future of Music and Machines

Bertolt Meyer is an artist who explores new avenues between the intersection of music and machines. What others may see as limitations, he sees as opportunities to innovate.  Meyers was born without a left forearm. This mindset has shaped the artist from an early age to pursue and share his passions. He is a professor at the Institute of Psychology at Chemnitz University of Technology, DJ, producer and avowed modular enthusiast.

Meyer hacked a prosthetic, the “synlimb,” to control certain parameters of his modular with his mind. Standing at the precipice of a renaissance in artistic innovation, Meyer will be releasing his first EP, Walks the Night on September 3. Preview his signature modular sound via his track “Say It To Me.” Meyer spoke to 6AM about his new music, his unique approach to music-making, and shares hopes for his future.

6AM Premiere: Bertolt Meyer “Say It To Me” – DESSERT

6AM · Premiere: Bertolt Meyer “Say It To Me” – DESSERT

Hi, thanks so much for chatting with 6AM! How’s summer been treating you?

It has been a great summer so far: The clubs are re-opening, at least their open-air venues, artists get to play in front of audiences again, and people can finally enjoy music again together.

Congrats on your upcoming EP. Your track, Say It To Me, is soulful. There are layers of emotion that come in undulating waves, crescendoing after the break. What is your inspiration for this track?

Much too kind. I started working on Say It To Me more than two years ago. For me, music is a way to communicate and share emotions. I think we all carry a yearning for something in us and I wanted to express this somewhat abstract yearning. When I found the vocal sample at the heart of the track, I just felt that it carried this emotionality that I was looking for. The rest of the track falls into place almost automatically.

Want to get the latest news, music & industry goodies delivered to your inbox each month?
Sign up to our 6AM music newsletter

How did the idea of utilizing your prosthesis for music come to be? You allude to Sam, aka lookmumnocomputer. What were some of the main challenges while building the ‘synlimb,’ and what did that “eureka” moment feel like when everything came together?

I hacked together an adapter, the synlimb, that connects to my prosthetic arm instead of the bionic hand. The synlimb converts the muscle signals that the prosthesis picks up from my residual limb that normally control the hand into control voltages for modular synthesizers. I can plug a cable from the prosthesis into the synth and control the respective parameter (e.g., the decay of the hi-hat) by giving the muscle impulse that would normally open or close the prosthesis. And because giving these muscle signals has become intuitive and second nature for me, it feels like controlling the hihat with my thoughts.

Sam aka lookmumnocomputer has been an inspiration insofar as he has this “let’s just hack it and see what happens” attitude towards circuit bending. He is an example that you do not have to be an engineer to build or tweak stuff that makes music. I felt that if he can do it, so can I.

I had that eureka moment when Christian Zollner aka Chrisi from KOMA Elektronik in Berlin sent me the schematics for a circuit that I knew would do the conversion that I needed and I managed to solder that onto a stripboard. Everything else since then has just been refined and improved.

“I find it absolutely amazing how the internet enables us to learn and network these days. I believe that the synlimb is just one example for how technology opens new creative avenues for music-making.”

Technology is a tool, and when used right it can bring people together and let creativity flow. 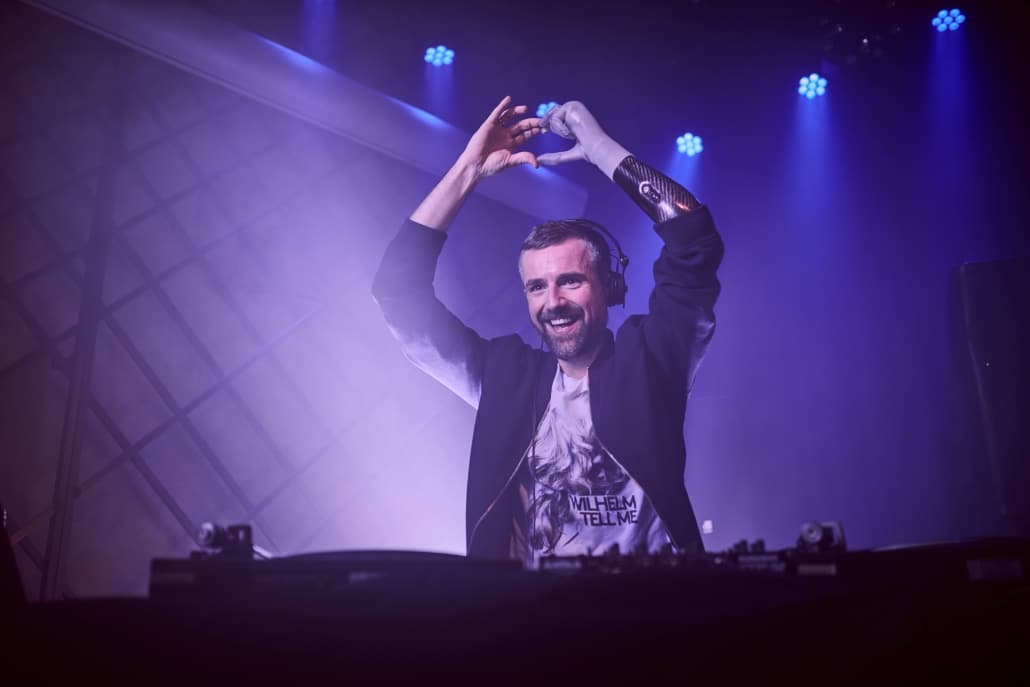 You recently posted a video on your YouTube page of an unrehearsed and spontaneous modular live jam – it’s mesmerizing. Walk us through your creative process while you are playing a live set with the “SynLimb.” What does it feel like to control the modulator’s parameters using your mind? What do you think about while you are creating, if anything?

The SynLimb has two outputs, linked to the muscle signals in two of the mussels of my residual limb. When I prepare a live set, I first think about which two parameters I want to control with the synlimb, and whether these should change throughout the set. For the video you mentioned, I used one synlimb channel for filter cutoffs, and one for the decay of the open hi-hat at the beginning. You really need to think about which parameter gives the most creative depth in the given situation. Then when performing, I only have to think about closing the filter or increasing hi hat decay, and it just happens. To me, it feels like magic.

Essentially, the synlimb detects electrode signals that your prosthesis picks up from your residual limb. Then, it converts those electrode signals into control voltages for controlling your modular synthesizer. You’ve recreated this experience with electrodes, so now by attaching electrodes to your skin and flexing a muscle, anyone can play a modular synthesizer without actually touching it. You’ve opened the door for fantastic artistic developments. What’s next for you?

I have to stress that I was not the first person to think about connecting a modular synth to muscle signals. I was just the first one to do it with a prosthesis. Before the synlimb, there already was the ADDAC 303 Muscle Sensing module for modular synthesizers (that I only discovered after making the synlimb). That module works with medical electrodes that anyone can stick to any muscle of their body to control musical parameters. Many people work on new ways of interfacing with music: The module makers at “Instruments of Things” put out the “2.4 Sink” module that interfaces with wireless motion sensors so that you can dance a beat or control a filter by shaking your head. I am currently concentrating on further developing the synlimb together with Chrisi and my husband Daniel (who does the casing) into a version that we can safely release as an open-source DIY project.

Read Next: A Look Into the Modular Creative Process With Charlie Thorstenson

In 2014 you spoke to Business Insider about how your personal experience has motivated you to explore social psychology. What drives you to create music?

I was only able to build the synlimb because of the information and the people I found on the internet. I find it absolutely amazing how the internet enables us to learn and network these days. And I believe that the synlimb is just one example of how technology opens new creative avenues for music-making.