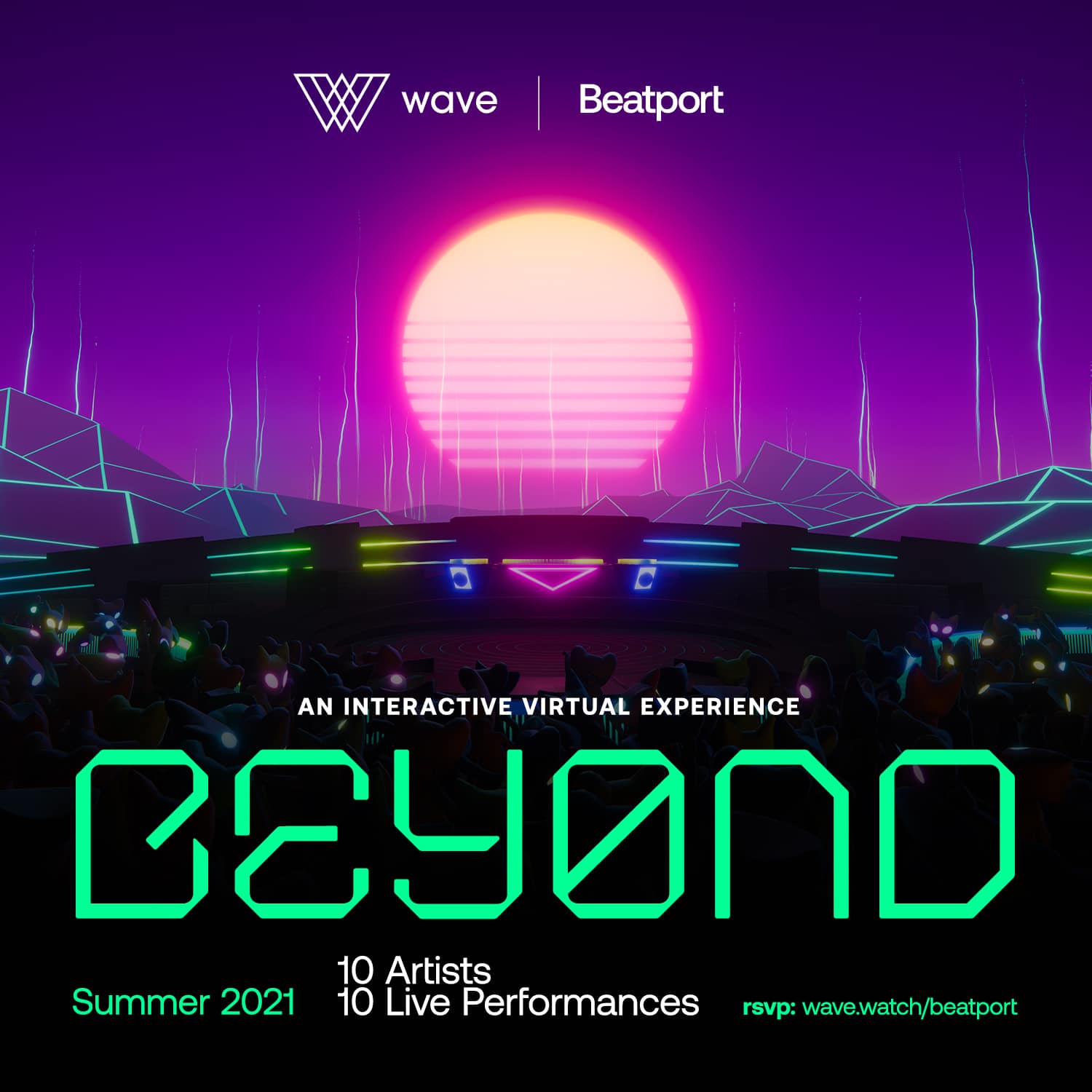 Durante, Rinzen, Worthy and more join Beatport and Wave, the leader in interactive virtual entertainment experiences, to deliver immersive and interactive experiences to electronic music fans. Through Wave’s cutting-edge broadcast and performance technology. Top artists will be featured in the BEYOND series will transform themselves into digital avatars, performing live in a unique virtual world and interacting with fans in real-time.

Rising star, Speaker Honey will kick off the BEYOND series on Thursday, May 6 with the series continuing throughout the summer. Other artists spotlighted throughout the ten-show series include Marbs, SOHMI, Reid Speed, VNSSA, Worthy, and more. RSVP here for the first show of the series starting at 6:30 pm PST.

Throughout the BEYOND series, fans will have the opportunity to interact with their favorite DJs like never before. They’ll be able to participate in live Q&A with the artists, vote on virtual scene changes, and have an opportunity to get themselves featured in the show. Fans can also influence the live event by offering virtual gifts throughout the show that artists can incorporate into their sets to create a truly collaborative experience.

“We are experiencing a rare, liminal moment in history where the threshold between physical and virtual performance is being definitively crossed. I am amazed by the new technology I am seeing from companies like Wave and honored to be part of this new partnership with Beatport. I believe this is a landmark step forward in the evolution of live performance and am so excited to see what we can create together.”

Rinzen on his participation in BEYOND

Speaking about her upcoming Wave performance, Beatport NEXT artist, VNSSA shares, “I’m so excited for the opportunity to connect and perform in such a unique way. Streaming and online concerts have been bringing people around the world together, and it’s amazing to watch all of this new technology unfold. I think the Waves with Beatport could be a real change in the way we experience live music and propel us into a fresh future of concert streaming.”

“I have been a true believer in the power of Wave’s technology to empower creatives since Day 1. When the opportunity arose for Beatport to collaborate with Wave on the BEYOND series, there was no doubt in our minds that this would be a one-of-a-kind experience for us and each of the artists involved,” said Zach Jaffe, Director of Marketing and Partnerships at Beatport.  “We are thrilled to be taking this first step through a wholly original door of virtual performance interactivity.  To be in partnership with such an incredibly talented collection of electronic musicians and the visionary creators at Wave is a mind-blowing way to bring the global DJ community together.”t

“We love DJ culture, and are excited to partner with Beatport to bring Wave’s live and interactive virtual entertainment experiences to a broader set of artists and their fans,” said Jarred Kennedy, COO of Wave. “Our roots are in electronic music and the BEYOND series represents a big step forward in enabling emerging DJs to create, distribute and monetize unique virtual performances on Wave’s platform.”

To date, Wave has hosted more than 50 events for such artists as The Weeknd, John Legend, Alison Wonderland, Dillon Francis, Tinashe, Imogen Heap, REZZ, Galantis, Jean-Michel Jarre and Lindsey Stirling, and more. Together, these concerts have drawn millions of music fans from all over the world.