Beatport Streaming to be Introduced in 2015

Beatport Streaming to be Introduced in 2015 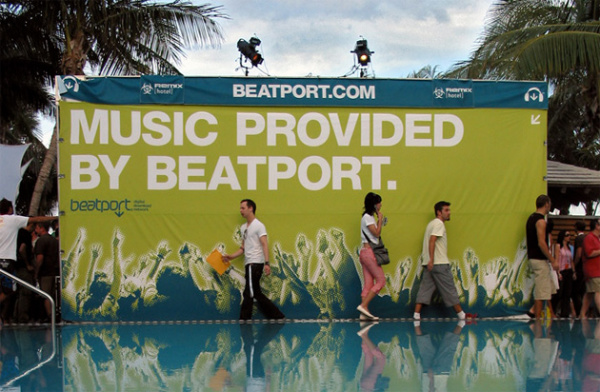 Beatport has recently announced their dynamic new plan to introduce free streaming on the site in 2015. For the past ten years Beatport has been the primary online retailer targeting an international community of DJ’s, and this introduction of free streaming aims to capture a vast market of enthusiastic fans. This is an exciting development in the dance industry for fans and artist alike; so let’s dive in and see how the new Beatport streaming will affect the community.

Let’s not ignore the obvious. Online streaming has the ability to increase an artist’s audience exponentially, which has many beneficial results. As we know, DJ’s primarily use Beatport in search for new music, leaving the common fan daunted by prices of $2.49 per song. With the introduction of Beatport streaming fans may be more inclined to listen to the music outside of the club environment, opening new avenues of enjoyment for the audiences. Additionally, this might alter buying habits of people after listening to songs that they’ve come to enjoy so much. But regardless of buying habits the major affect here would be royalties to the artists

Executive Creative Director for Beatport, Clark Warner, stated in an interview with Billboard that, “One of our [their] core values is that artists should be paid”, and continued to declare that Beatport has paid approximately $170 Million in royalties throughout the past ten years. (Source: Billboard) The first part of his statement almost makes me cringe, but I know he only meant well. Of course artists should be paid for their work. That is a significant amount of money being generated mostly from purchases from DJ’s around the world, and with streaming, artists will hopefully start to see even more money for their hard work.

The thing with royalties is that the percentage the artist gets is generally pretty low. With new tunes and hit tracks on the market every week it could be hard for artists, and specific songs, to gain traction getting to the point of high income from plays. Even with individual tracks being sold at relatively high prices, it would still require a significant amount of sales and streams for an artist to receive a noteworthy amount of money. That being said, this all depends on the specific royalty agreement percentage in respective artist contracts. Higher royalty recoup percentage in conjunction with heavy sales and streams leaves a pretty solid foundation for generating income for the artist. The article on Billboard stated that Beatport aims to attract all of its users along with the millions of other users from SFX’s additional companies, which could result in some serious streaming plays for electronic artists. 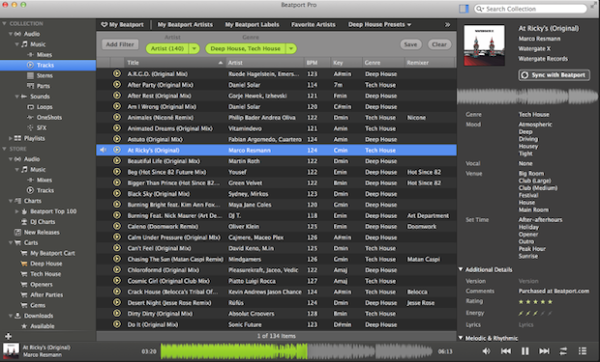 It’s important to note that we don’t know for sure how the stream service will work. Will the users be able to hand pick their music selections? Or like Pandora will they just select an artist and the music is presented in radio format. This is an important distinction to make when discussing royalties and artist popularity. Another thing to consider is the fact that Billboard has recently accounted for streaming in their Top 200. The past few weeks have seen many mainstream artists jump about 500% in the charts due to streams in the hundred’s of thousands, and some breaking into the millions. This resurgence in the charts due to streaming has started to have a major impact on how we analyze what is truly the most popular. Will Beatport follow suit and account for streams in their Top 100? If a large audience is listening and streaming music then why not account for streams in the Top 100? A result of that on Beatport would suggest a shift from sales charts, which it is currently, to one of popularity as a whole.

For those concerned, Beatport will still remain a leading retail outlet for the DJ community acting under Beatport Pro; which some may have experienced in it’s current beta phase.

In the end, it’s about time Beatport introduced streaming. As of now it is still slightly behind the curve of major streaming providers such as Pandora and Spotify, but now with their soon to be stream site in the arena, the company can see how to maximize it’s potential with the audience, advertisers, and most importantly, the artist. The official launch date has not been announced, but stay updated and be on the lookout for some developments early in the New Year.