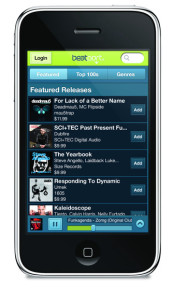 Beatport, one of the most prominent electronic music retailers, has graced us with an amazing gift. The company, now owned by dance music mogul Robert Sillerman and his SFX Entertainment, has just released an app for iOS/android. The music streaming app, simply named “Beatport,” can be downloaded for free on your mobile device for on-the-go listening wherever you are. While Pandora and Spotify have always done us well, they are simply not platforms designed for underground dance music; thus, Beatport is filling a large gap in the streaming market.

The mobile app is not the only instance of the company expanding into other areas; Beatport features remix contests, sample packs, and many more resources for fans and artists alike. In the works now is “Beatport Live,” a video streaming site for live DJ sets. It’s an exciting time for the company, and their future will undoubtedly hold innovation and success.