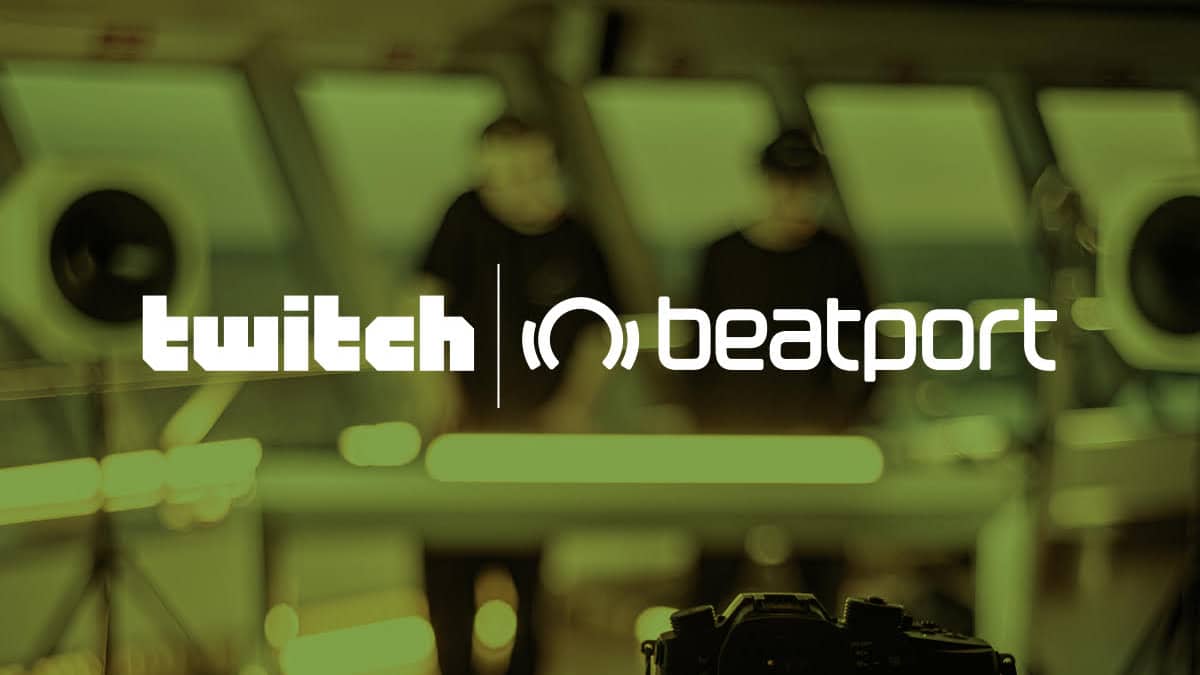 Following a year of high growth and innovation in the world of live streaming, Beatport and Twitch have announced a partnership that will enable Beatport to bring even more exclusive music and programming to Beatport’s Official Twitch Channel. With over 140,000 followers and counting, Beatport’s channel has amassed more than 48 million views and 221 million minutes watched.

Users have flocked to Twitch to enjoy Beatport’s diverse music programming that has included a marathon 36-hour live stream charity fundraiser, ReConnect, which supported COVID-19 Relief and the Beirut explosion, as well as individual EP album release streams from the likes of Charlotte de Witte and Amelie Lens and festival partnerships including Glastonbury, Movement Detroit, Junction 2, CRSSD and Creamfields.

In addition to these larger festival partnerships and ReConnect events, Beatport will now also produce several weekly show formats showcasing some of the best talent in electronic music.

A centerpiece of the programming will be called ‘The Residency’. Each month on Thursday evenings, Beatport will be giving the reins to one artist to host their own residency and curate each session fitting their artistic vision. Artists such as Maya Jane Coles, Seth Troxler, Eats Everything, Kerri Chandler, Nastia, WhoMadeWho and SAMA’ ABDULHADI are slated for residencies over the next few months.

“Streaming has given me a lifeline through COVID to express myself in a very different way. The first stream I did with Beatport / Twitch set the tone for me to support numerous good causes and music with a purpose took on a new way of connecting cultures. I thought I had left streaming from the bedroom behind me but it’s been humbling to go back to basics. I’m hugely grateful to Beatport and Twitch for giving me this residency to further the cause of musicians from the Middle East and beyond.”

Diversity will play a vital role in Beatport’s Twitch and editorial content offering ongoing collaborations with a diverse representation of electronic music creators and performers, which builds out an expansive platform that offers opportunities to make engaging, and continuous episodic music each month.

Sunday evenings will be given to electronic music collectives around the world such as Boko! Boko! (London), Dome of Doom (Los Angeles), HE.SHE.THEY (London) and No Shade (Berlin) to showcase a diverse program of producers, DJs, promoters, and other talented artists who feed the inspiration for club nights, festivals, labels, technological innovation, and fashion.

“We have seen firsthand how live streams are playing a crucial role in nurturing the dance music community during the pandemic, with millions of fans watching our events on a regular basis. We have learned that in addition to big global events, dance music fans are interested in expertly curated and hyper-local live streams as well. That is why we are committed to focusing a large portion of our live stream takeovers from local collectives who are absolutely essential to nightlife culture globally, and now more than ever, need visibility during the global pandemic.”

Independent labels are the lifeblood of Beatport and the foundation of a vibrant music landscape. Beatport’s initiative Beatport HYPE will be given the spotlight in the HYPE Label Showcases. HYPE labels such as Soft Computing, Sense Traxx, House U and Hotfuss will promote their sounds and talent each month, bringing visibility to up and coming labels. Additionally, leading labels such as Drumcode, Tronic, Toolroom, Soma, Ultra, Kittball and Stereo Productions will present their new releases and amazing artists on Beatport’s Label Showcases series.

Educational content from industry legends such as Chris Liebing, Francesca Lombardo and K-HAND will be presented on Beatport’s long-running Studio Sessions, which will provide the Beatport audience with behind-the-scenes access to their studios and creative process.

“I am really excited to be hosting a studio session on Beatport’s Twitch channel soon. We can talk gear, routings, EFX, sounds, the process of producing and mixing while I try my best to explain to you my current way of working and answer some of your questions.”

Last but not least, Beatport’s world-class curation team will be hand-selecting the best tunes and releases each week and premiering them using Beatport LINK during the shows from Berlin. This will include industry expert ENDO running Beatport LINK instructional sessions from Los Angeles. Weekly guests will include regular Beatport top sellers and up and coming artists who are trying the next generation Beatport LINK DJ streaming service for the first time.

“Beatport has been a key part of Twitch’s music growth over the past couple of years, driving the diversity and artistry of the electronic music industry in unparalleled ways,” said Will Farrell-Green, Head of Music Content at Twitch. “When events all moved to virtual this year, Beatport was one of the first to accelerate their programming on Twitch. We’re thrilled to expand this partnership to continue connecting this group of avid electronic music fans globally.”