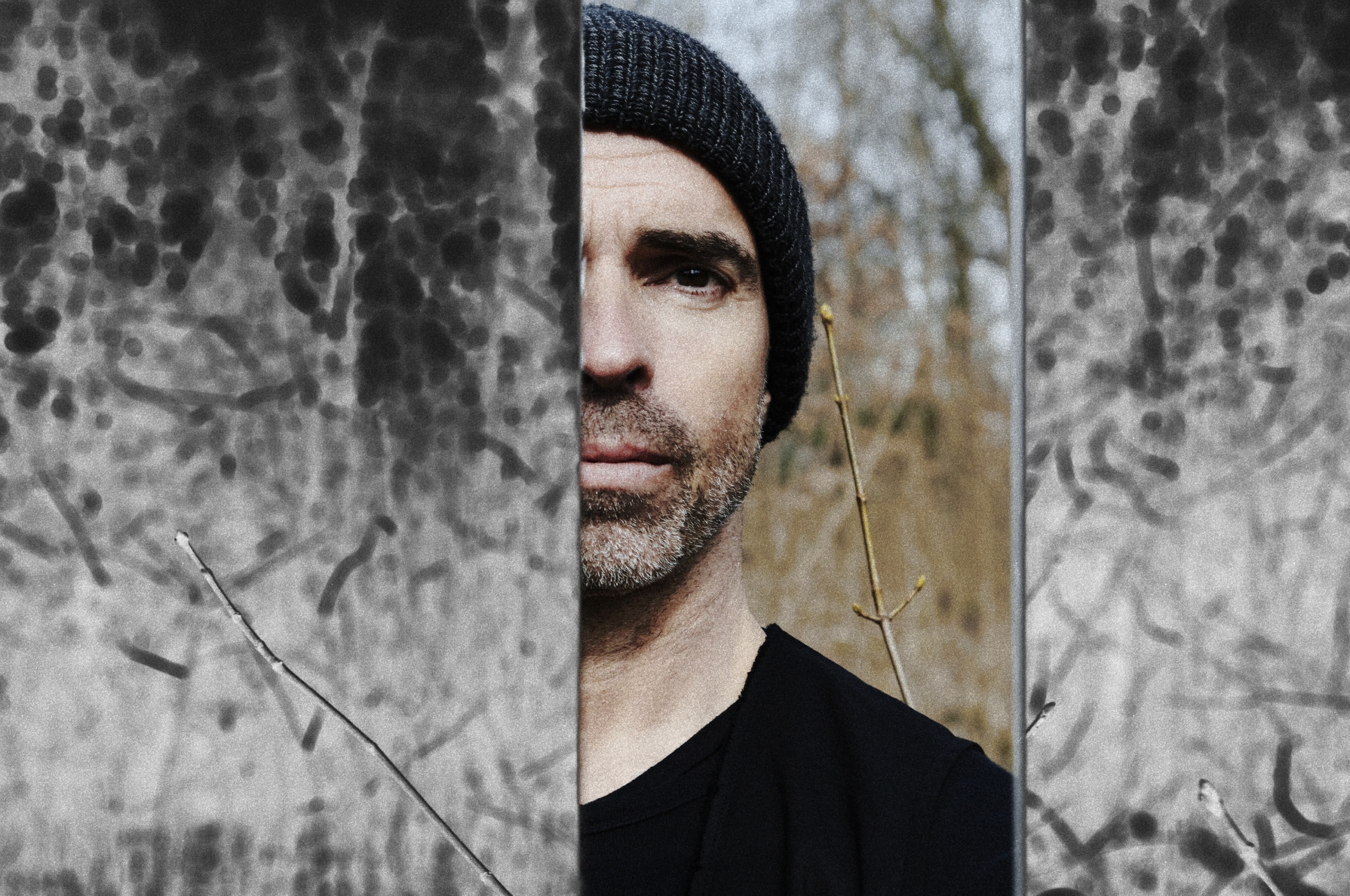 Nowadays it’s hard to wait for, well, just about anything. You can order just about anything from your phone and have it delivered to your doorstep within days and sometimes even hours. Freaky fast. There’s instant gratification only a tap or click away. Music; however, is quite the opposite. In all of its aspects. Just ask Chris Liebing, a German techno legend, whose career spans more than 30 years and who sees himself doing it for another 10 years, at least. “Be patient, don’t expect any results really quickly. Not in this business. Sometimes it happens but not in the DJ field. Things always take a little longer…” The techno DJ and producer talks about the sense of delayed gratification within music, his sophomore album’s influences, and why creating career success isn’t always about relevancy.

“You put in a lot of work in albums. There are only a few people who, I think, cherish that and really take the time to listen to the album. I think you do this for this small group of people.”

Chris Liebing, a staple figure in German techno, does music for the passion not for the charts.

Another Day is the name of Chris Liebing’s sophomore album slated to come out this November on Mute Records. In a way, the 10-track LP picks up nicely where his 2018 album Burn Slow left off. “A body of work that consists of at least eight to ten tracks and has a nice a flow,” he says when talking about shifting focus from EPs and singles to a more complete project. “I really wanted to do that with the Burn Slow album, [and] I really enjoyed it and had a lot of fun making it and releasing it. Automatically the idea came that I need[ed] to continue this.” After three decades of working dancefloors with pummelling techno, he’s chosen a different avenue for storytelling that only albums can fully achieve. The build-up of dynamic tempo, melodies, harmonies, tension, and the release of it all. “I want to express more and tell a story somehow, even if nobody wants to hear it,” jokes Liebing.

“I know people listen to singles and life is going really fast and the attention spans are really, really short, but I don’t give up on the idea that there are maybe more and more people out there who might just want to take a little time out of that rush that you’re in. Especially like this year showed us how to take time off from the rush we’re in. Lean back and take that 55 minutes and listen to a whole album. See what happens inside their head by listening to it, and see how they feel.”

Chris Liebing shares what he hopes people can take away with his upcoming album Another Day.

Despite having some time off the road, he created his own routine and worked on a lot of music during the first half of the year. In addition to producing music he also used the better part of last year to round out the album’s completion. He also stayed connected with his fans via personal live streams and ones he considers “showcasing” opportunities. Most recently, he was a part of Beatport’s online series Game Changers. His 90-minute DJ set was broadcast from Teufelsberg, a decommissioned Cold War listening station, in West Berlin. The project between Beatport and Microsoft Surface features game-changing electronic performers whose passion for technology has propelled their creative endeavors to new heights.

Missed Chris Liebing get behind the decks? Catch the live stream below.

Audiences, now more than ever, are consuming content at a demanding speed. According to Forbes, the average daily time spent consuming content is now six hours and 59 minutes (includes phone, TV, and other forms of digital media). With people inhaling content it’s no surprise music’s shelf life has decreased pressuring artists to produce in quantities. Look at most modern-day electronic music artists’ catalogs, and you’ll find a long list of singles and EPs compared to LPs. “Most people release just single these days, especially young artists, and that totally makes sense. You should be doing this,” says Liebing. “I would never recommend to a younger artist, who is up-and-coming, to release an album with 10 tracks. It’s going to be overlooked.”

6AM · 6AM In Interview: Chris Liebing, A German Techno Legend

He enlisted the help of musical partners to help him narrate the musical adventure and describes it as a very organic process. “With this album, I wanted to take myself out of it as much as possible,” explains Liebing.  Another Day is an album rooted in collaboration. Starting the album in 2019, he produced 20 instrumental tracks. This past year saw him working alongside Daniel Miller to find the right vocalists for the music. “I’m working with these amazing vocalists, who am I to interfere with their art? Let them do whatever they feel like. Just go for it,” he explains. As for the album’s name, he has British singer-songwriter Polly Scattergood to thank for who rejoins him after their collaboration on Burn Slow.  When talking about working with her again he says, “The track is just so awesome….Her lyrics are about another day, [they]…essentially break down what a second actually is and what time is. When I was listening to the track I had no idea what the album was going to be called, and [then] I was like ‘Another Day,’ that’s it. That’s perfect. It nails it. It’s not pretentious, it doesn’t want to tell you something. It’s just another day.”

“You have to learn how to let things happen and not interfere with them. This is what I’ve learned through this album process. I interfered as little as possible with what was happening. You kind of steer through and navigate it.”

Chris Liebing isn’t as concerned with an outcome as he once was and opts to enjoy the process more fully.

Good things take their time, and Liebing is one to know that having spent 30 plus years in the music industry. “Patience and acceptance [these are] really a key thing,” says Chris Liebing, a German techno legend. “You play a great gig and you always expect there’s going to be a call the next day…and nothing happens. You release an amazing record and everybody plays it, and you think everybody is going to book me and nothing happens. These wheels are moving so slowly.” Patience is the name of the game, and while you may be making all the right moves rewards aren’t instantaneous. An irony in and of itself since the music industry is a fast-paced business. However, Liebing cautions not to be easily swayed by a younger DJ’s presence, “[DJing] is a very unique profession because I feel DJs are getting better the older they get. You just gain on experience, on routine…knowledge and you get more mature.” Just like a fine wine, DJs get better with age.

“You might be a great [20 year old] DJ, and you have your style and personality. All these characteristics, but you definitely still lack knowledge of years of music. This is something that [older] DJs can very much thrive on and build a career on.”

Everyone starts their career at a different state, Chris Liebing encourages “late bloomers” to succeed at their own pace.

Something the German techno legend would tell a younger Chris Liebing? “Chill out more” and “take things in first and processing them.” He recognizes when you’re younger you tend to take a lot of things personally. By the same token, he wonders if a more laidback Liebing would have gotten him where he’s at now. “Just [as] I’m saying this…maybe being too chilled out and too easy on everything would maybe not have taken me where I am right now.”

“Everybody has an ego. I have my ego, but [get a sense of] how heavily will that ego interfere with your workflow. It’s sometimes even better to say no; even if the collaboration that you might do would be with a pretty famous person. If there are a lot of egos involved maybe it’s not [so] good for your own ego, but it’s a learning process.”

When to play nice in the sandbox and when to get out.

Along the way, ego is riding in the front seat of everyone’s life journey, especially in creative industries. So, how can artists set themselves up for successful collaborations? While you may have an idea or vision, sometimes you’re not the best suited to carry out the action to make it come to life. “Choose wisely,” advises Liebing. Simple yet powerful. “You learn how to understand how another person works. […] You find out more and more who you’re vibing with…[…] it’s hard to judge who wants what and what’s their motivation.” Just because you can and an opportunity presents itself doesn’t mean always saying yes. “Everybody has an ego. I have my ego, but [get a sense of] how heavily will that ego interfere with your workflow. It’s sometimes even better to say no; even if the collaboration that you might do would be with a pretty famous person. If there are a lot of egos involved maybe it’s not [so] good for your own ego, but it’s a learning process.”

Chris Liebing “Whispers and Wires” (Feat. Ladan) from the forthcoming album Another Day

Success. Everybody Talks About It but How Do You Get It?

Everyone’s measure of success is unique to their own life experience. You would think asking one of the leading figures of techno whether he’s successful or not would lead to a yes, Liebing touches on a very important element: “I always feel like success meant for me, that I’m still able to do what I’m doing right now. […] Success doesn’t really mean that you’re relevant all the time. You can totally be irrelevant for a period of time but still successful. I would define success that if you’re enjoying what you’re doing and making a living with it…wow, you’re super successful already.”

“Being able to do this [DJ] for such a long period of time plays along with the fact you have to build a big foundation first of all, and that takes time. We’re back at the patience bit…Once you’ve built it and shown yourself [then] you have to be disciplined as well to do this for such a long time. Doing this makes you realize I don’t really need to be hyped all the time or having my name everywhere to feel successful. I can already feel successful because I’m still having fun, loads of fun doing this.”

There’s a difference between relevancy and longevity. Chris Liebing has built a name for himself steadily over the course of time.

[Watch] Check out Beatport’s mini-documentary for an inside look at Chris Liebing’s creative mind.

Chris Liebing, a German techno legend, has always championed pushing creative boundaries. “There’s constantly new music coming out, new ways to play your music, to work with certain sounds…You get so much closer where you want to take it…and then you have new ideas again…I’m pretty happy to be a DJ right now. I’m not going to be out of fashion in one or two years,” he shares. Whether in the studio or on the dancefloor his sole purpose has always been to create happy memories and fun times for people. “I’ve realized over the past 30 years now that it’s what you do for life if you have a passion for it.”

Each day is just another day, but make sure to fill it with music. Another Day will be released on Mute Records in November.