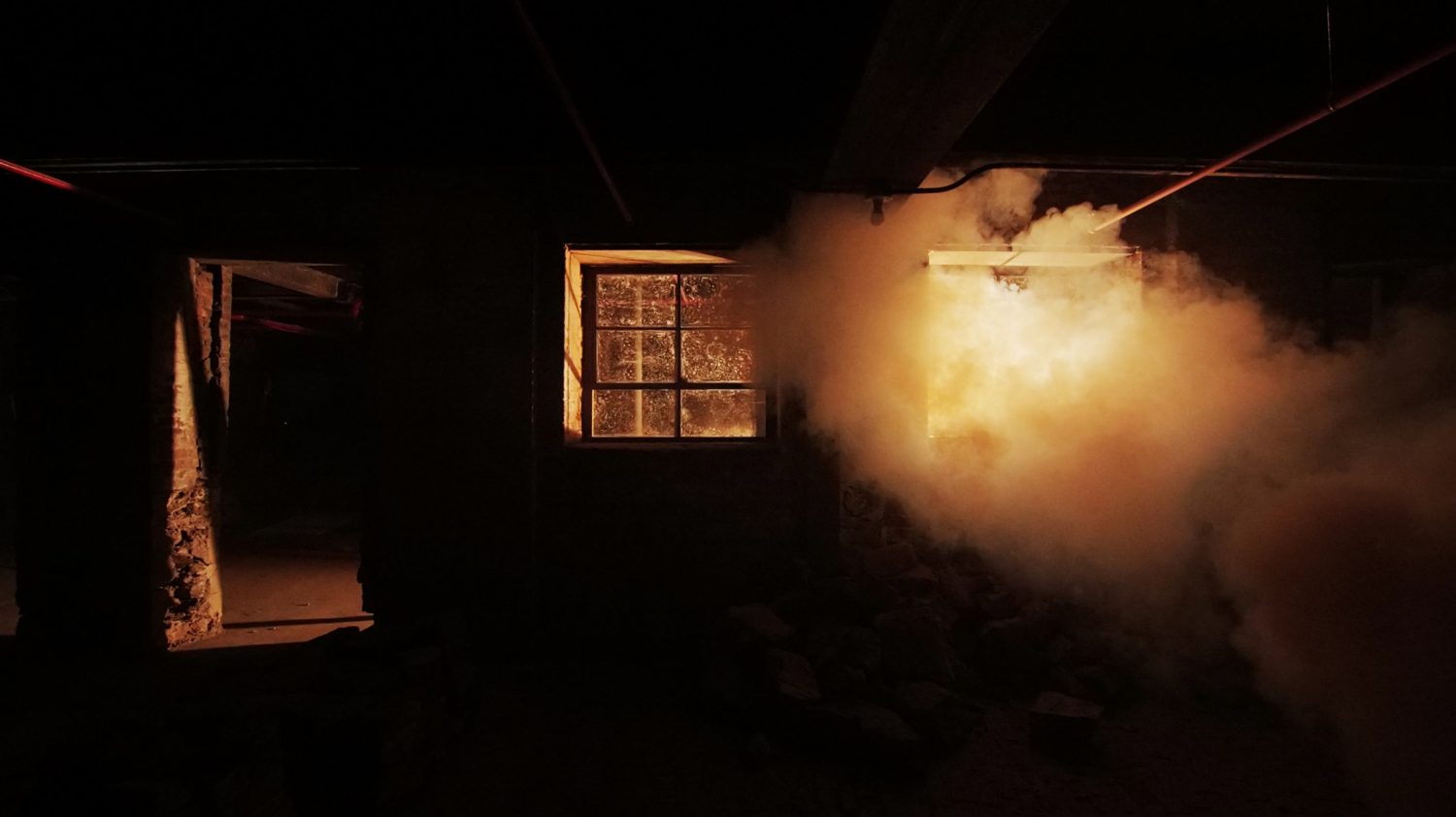 The new age of the New York Club scene is in motion.

Over the years, there has been a number of New York clubs that unfortunately closed their doors this decade alone. The last nine years have not done any good to the club scene in New York. Although still an undisputed thriving Nightlife, the city of New York has taken its fair blows in regards to clubs closing their doors for the last time.

Of course, as the years past by, we see a shift in the scene, and we know all too well that nothing ever stays the same. Time and time again, we would here the inevitable “It’s not how it use to be.” Ever since Output closed it’s doors last year, the techno scene in New York has been searching for a new home, a new “place to go to” for all techno events…

…That is, until BASEMENT NY opened this year. Creating a home and much much more.

The Knockdown Center is a well-respected warehouse venue located on the border of Queens and Brooklyn. It has had one of the best lineups this year alone and continues to impress with not only their performing acts, but the sheer scope of its space alone. Dixon b2b Amê put on a spectacular show last month and the large warehouse continues to roll out a spectacular spring-summer calendar with the likes of Dubfire, and Horse Meat Disco lined up to perform.

But the buzz right now is not about what happens in the warehouse, it’s about what’s going on underneath it. 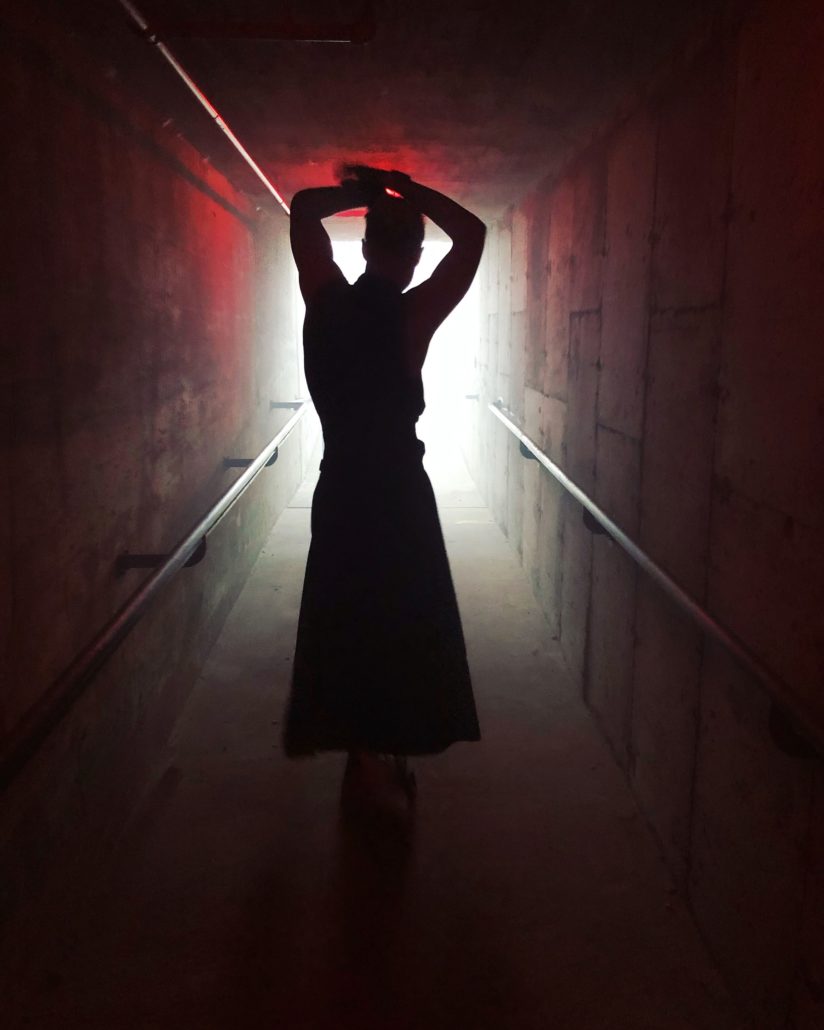 Last March, the Knockdown Center announced that they were opening a new club right underneath the massive warehouse called BASEMENT NY. The BASEMENT was quoted to be a “techno-focused” club, providing lineups that would make any techno snob squirm with excitement.

The club has been fitted with a Funktion One sound system and a set of rules that would provide a perfect uncompromising vibe. One of those rules: no phone or standing around on the dancefloor.

The first month of their first season, which took place through May, was critically appraised by the community not only for the stellar bookings which included the likes of Luke Slater, Tommy Four Seven, 999999999, Rebekah and DVS1, but also for the atmosphere and vibe within the club’s walls.

As of this week, the July and August calendar has been announced and features a jam-packed roster of international and U.S. based talent worthy of the biggest European venues. One of the featured nights is to host Fourth World, Boiler Room’s Festival-like party that went for over 24 hours last year. These next two months will also feature performances by DJ Stingray, SHDW & Obscure Shape’s NYC debut, Adam X, Matrixxman, Ben Sims and a Bassiani Night.

As you can see below, Season 1’s July/August lineup looks very promising, expanding on the variety of events and parties. 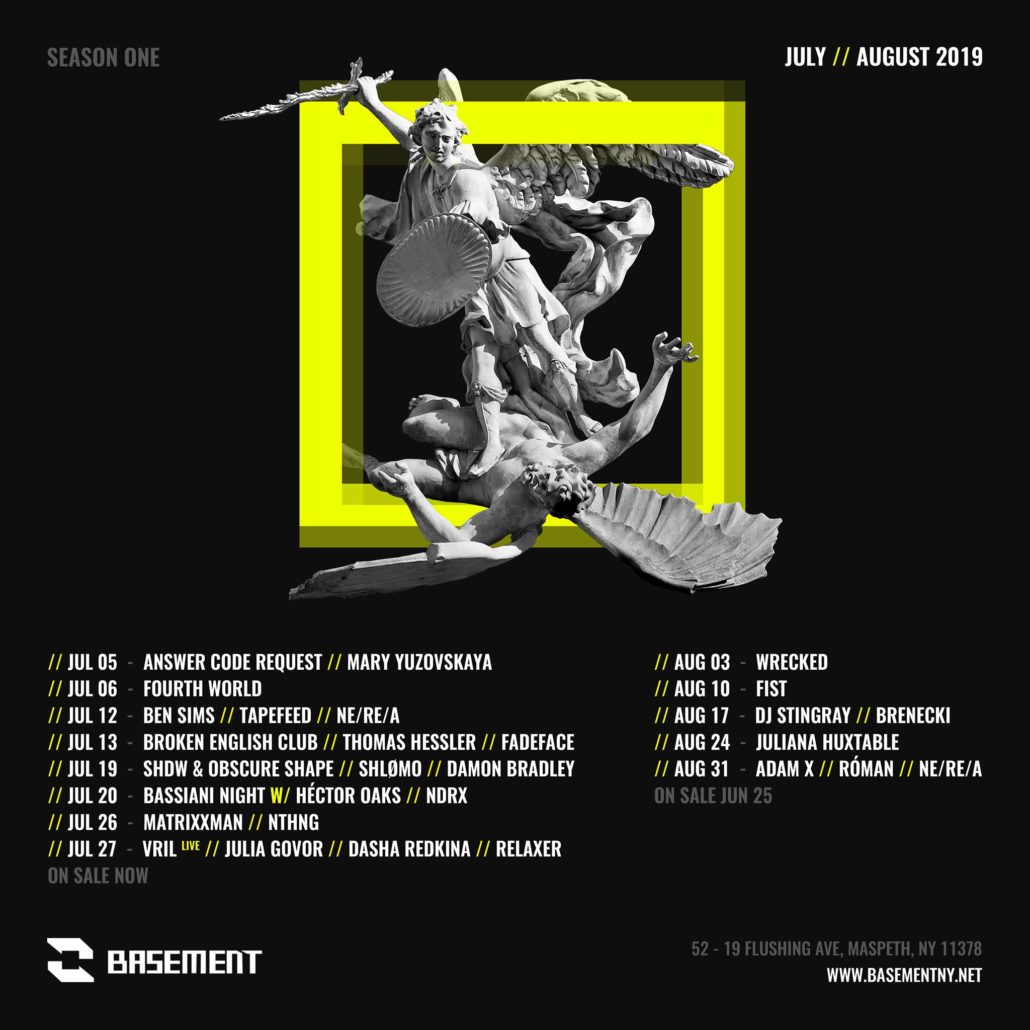 No other club in New York is doing what BASEMENT is achieving. They are currently setting a standard in the New York Club Scene that has other venues throughout North America taking notes.

You can check out more information on the club and their entire forthcoming lineup here.