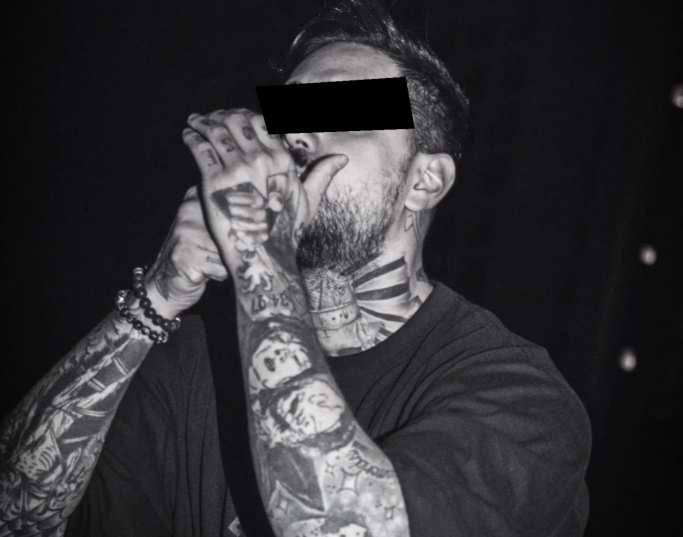 Barbosa finds himself immersed in the darker side of electronic music, using textured percussive layers, ambient melodies, surrounded by the beating of heavy kick drums. Barbosa has received features and praise from many collectives such as: Space Yacht, 6AM Group, HATE, and EDM Identity.

“For my techno peak-time rendition of Bad Eye’s track ‘Aphotic,’ I dove deeper into the darker side of the dance floor with fiery acid synth leads, uneasy tension, and pulsing bass lines. Bad Eye sent me their package and the elements were deep, beautiful & mystifying. I loved everything from the original track, so I incorporated it all into the remix.

I raised the tempo to make the track take off and I added my signature heavy kick, acid leads, and a hypnotic bass line that I created all on analog hardware. I aimed for the new elements to feed off one another to create mixed feelings of sinking deeper into the dark, yet electrifying the soul to create the perfect storm for the dance floor.”

Bad Eye is the creation of two brothers from Boston, MA, who approach the darker and more elemental dance music genres with a singular mission: create a dance-forward soundtrack worthy of an ancient deep-sea leviathan. Asher and Gage Norris craft cinematic and melodic techno under the watchful eye of the octopus, launching Beatport chart-topping singles and remixes on Emercive Recordings, Understated LA, and more. After a year of evolution in the lair, they’ve come back to the surface with eyes on concept-driven extended plays, and a slew of new projects. With their sound and vision solidified, the two brothers are primed to make an impact with their deep-sea frequencies in 2021.