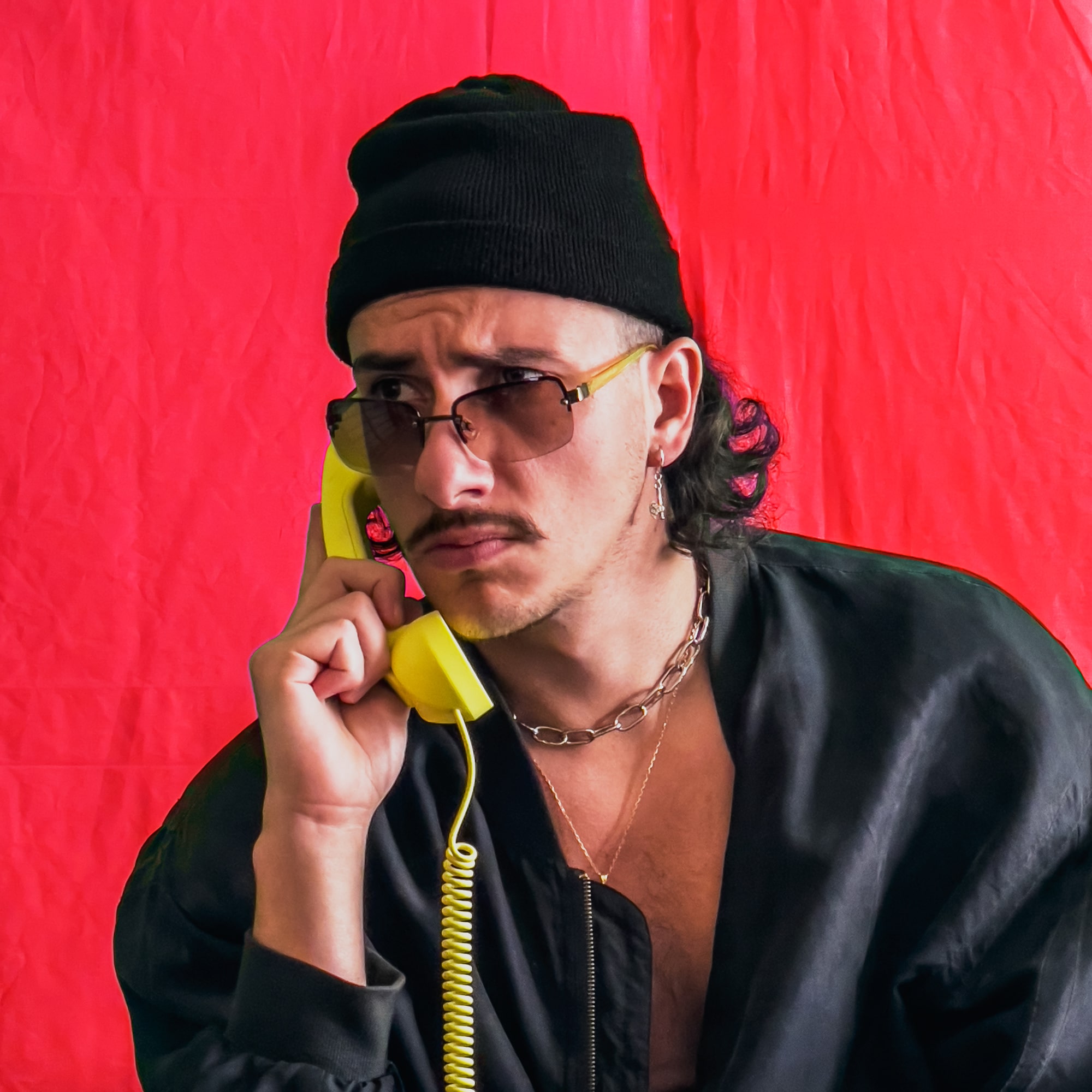 Two of techno’s most colorful and magnetic characters join forces for “Journey,” the latest single from Los Angeles-based Bulgarian artist Bad Boombox which is out Friday, March 12th on Stella Bossi’s The Beat Must Fuck label.

Berghain and Burberry, Berlin Mitte and Mercedes, techno basement and Headliner, Underground and over one million followers all over the social networks. Stella Bossi is a provocative tomboy – species Techno-Tapir and hermaphrodites. The silent solo dancer holds together what doesn’t belong together. With her creative and remarkable stuff she entertains people all around the world. Pan-Pot, Fisher, Stefan Bodzin or Claptone have already supported her.

Stella Bossi has also garnered attention thanks to her social media posts, which combine humor and creativity with her love for techno, much like Bad Boombox has been doing so successfully too.

In October 2020, she started running her own successful label called The Beat Must Fuck which already streams way more than most established techno labels and since she has begun to release her own music as of this past November.

The Beat Must Fuck now welcomes Bad Boombox with his single titled “Journey.” Pushing the frontiers of modern entertainment, Bad Boombox, real name Djeki Morris, characterizes the quintessential electronic DJ / Producer talent — a Techno, Acid, House artist with sharp technical ability whose personality shines through the casting shadows of mainstage media as a beacon of positivity and inclusiveness in the world of contemporary dance music.

Listen to Bad Boombox “Journey” on The Beat Must Fuck:

Bad Boombox truly is one-of-one in his craft, an ever-evolving artist who consolidates global discographies with empathic human experience under one timeless brand platform for all audience backgrounds to enjoy.

Several of Bad Boombox’s tracks have seen success even through the pandemic. Several have burst through Beatport’s charts. Another track was a 2021 remix which sparked a Tiktok trend and gained over one billion combined views in one month – prompting hundreds of thousands of videos using the trending track.

However, the tenfold million plays accumulated through the array of self-recorded techno-memes across Bad Boombox’s TikTok and Instagram serves to provide only partial testament to the overarching value of his surgically precise creative artistry.

Producer and curator veterans are well aware of Bad Boombox’s recent emergence in the scene — this includes Justin Jay, Demuir, Will Clarke, Stella Bossi, Gene Farris, Born Dirty, Gettoblaster, 6AM Group, HATE, and Dirtybird Records. You can find Bad Boombox’s monthly live streamed shows on his own YouTube channel as well as his featured sets on Dirtybird and Desert Hearts’ online platform.

Buy/Stream Bad Boombox “Journey” on The Beat Must Fuck