Back-To-Back: DJ Skull and D’Julz Interview Each Other 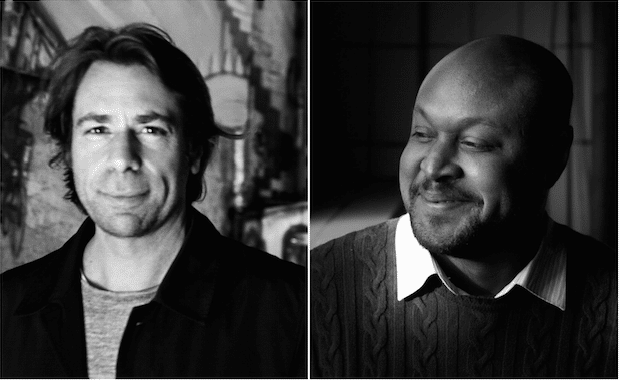 Back-To-Back: DJ Skull and D’Julz Interview Each Other

With this release Chicago pioneer DJ Skull brings that original energy as only a native of the Windy City can do. After remixing Houdini by D’Julz earlier this year its an honour to welcome DJ Skull back to the label for his debut EP. Skull’s depth of experience dates back the mid­eighties when he began to play house music when he was just 10 years old. Fast forward to 2018 and he’s still deeply involved with the music, keeping the passion alive and travelling across the world to spread the house music gospel. On this three-­track EP he brings the funk, undiluted and fresh with chunky bass, crisp beats and hints of acid coming through, a great all-round EP from a man whose years in the game make him a force to be reckoned with.

In honour of the occasion, we asked DJ Skull and D’Julz to interview one another. Check out what they had to say below!

What year did French house begin and how?

I believe the first time you could hear house played by a DJ in Paris was in gay clubs like Le Palace and La Boy, but also at Rex Club around 1988. I started to see the first French labels and productions two years later at the start of the rave scene but what really put French house on the international stage was the sound that became known as French touch in 1996. That sound wasn’t very representative of what most French DJs were playing but it all gave us necessary exposure.

Who was your main influence and what style of electronic music was this?

When I started playing I was influenced by local DJs and by some of the first foreign DJs who would play in town – mostly Dutch guys like Dimitri, Farfa from Italy, but also US artists like Derrick May. Moving to New York in 93 also had a very important influence on my way of playing and opened me up towards other styles of house.

How did you get so funky with your style and get the great reputation that you have?

The funk element comes from my childhood as I grew up listening to Prince, James Brown and George Clinton. Regarding my reputation, it’s hard to say. I guess I’ve been around for a while, I always did my thing for the right reasons without jumping bandwagons, and I still stayed open-minded and curious to explore new styles.

How long have you been playing Rex Club and what changes have you seen in the music and people at the club?

I’ve had my Bass Culture night at Rex since 1997, but I started playing there a few years before. There have some ups and downs, mostly depending on the evolution of the French scene and laws, but generally speaking I always manage to have a great time there and do what I wanted to do, otherwise, I would have to stop. There’s a lot more competition nowadays in Paris which is good for the crowd but can make the programming of a club a lot more difficult.

Where would you like to see the music and yourself as an artist and DJ in the future? Funkier or harder?

It’s difficult to say how one’s taste will evolve but I always liked to mix funky music and harder or darker stuff together. I need that balance. Sometimes you have more interesting new music coming out in one style so it influences your selection for sure. As DJs, we depend on what’s coming out. Not sure where things will go after all these revivals but I will always keep some funk elements in what I play – deeper or harder doesn’t really matter.

What made you launch your Bass Culture label? When and how do you select which artists you sign?

I started the label 10 years ago at the peak of the minimal trend because I was missing the warmth and the groove of real house and techno. I said to myself that if I can’t find enough of the material I want to play in the shops maybe it’s time to bring it myself. Now the label is established I get sent tonnes of demos but can’t listen to them all, unfortunately – it’s a full-time job. So, I usually listen to the music from artists who I know or who have already released on the label. But usually from me being proactive and contacting artists I like and asking them for music.

You had the chance to go at a very young age to the legendary Music Box with greats like Ron Hardy playing. Can you describe your first impression walking into this club and in what way Ron influenced you the most?

Going to the Music Box was a lot like Berghain. It was smaller but at the same time it felt huge to me at that age. During this time, it was mostly disco and some wild tracks that I’d never heard anywhere before. It was a massively influential period seeing someone like Ron play considering his rep as one of the true originator’s a game-changers of DJing.

You took a long break from producing and touring and had a successful comeback recently. What did you find had changed the most in the scene and are you nostalgic of anything from the ‘90s?

I feel like it’s a lot more organised now and the scene was more spontaneous in the ‘90s. It’s big business now so that’s inevitable change, whereas back then we didn’t know where it would go and certainly some of us didn’t envision it would continue progressing three decades later. But, for me, then and now both work. I’m enjoying being back in the heart of it.

Do you approach your career differently today than before your break?

I have to approach it slightly differently because it’s a new day, especially gear-wise and the crowds we’re playing for. What hasn’t changed is that I always keep my roots grounded – this is hugely important.

Your music always kept a very timeless and distinctive Chicago sound. How do you achieve this?

That’s a good one. I think it’s that way because I’ve been living it for so long. It’s just a part of me. I love different styles of music so I put it together like Gumbo – rich, classic elements. I know exactly how I want it to taste and having this foresight levels my focus.

House or techno? You produce and play both. If you had to choose one style what would it and why?

This is a hard one. When I was younger I didn’t distinguish between the two. They were both the same with a twist, similar to how you hear dialects. If I have to choose one I will stick to my roots and go with house even though I do love both.