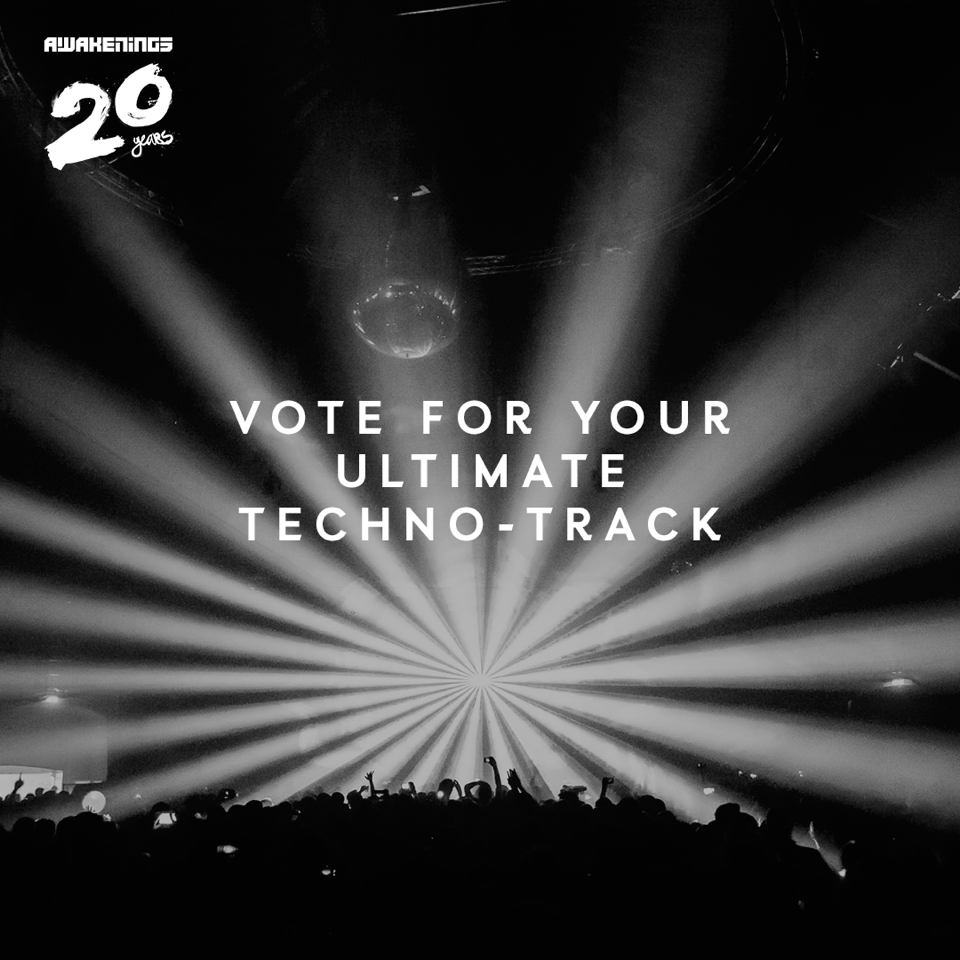 This year marks the 20th Anniversary of Awakenings, a festival and party brand many consider to be the ultimate techno institution in the world. On top of a series of top-tier events held at Amsterdam’s Gashouder in April, and its two-day festival later in summer, Awakenings is celebrating the milestone achievement by compiling a list of the 100 ultimate techno classics of all time.

More specifically, Awakenings is asking fans from around the world to choose amongst 1,000 techno tracks carefully selected by journalists Atze de Vrieze (3voor12) and René Passet (DJBroadcast) and DJs Joris Voorn, 2000 and One and Bart Skills, helping to narrow it down to the 100 ultimate tracks that Awakenings will then publish in the book ‘Awakenings – 20 Years of Techno’ 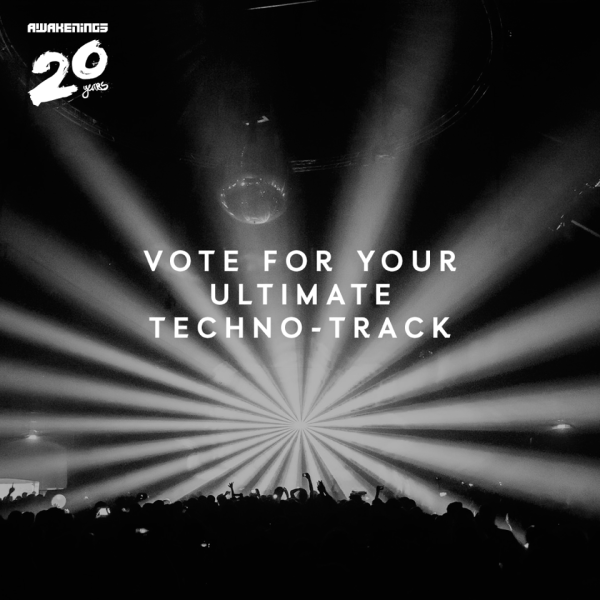 Besides the 100 dance classics the book will also contain scores of interviews with artists such as Adam Beyer, Sven Väth, Jeff Mills, Nina Kraviz, Paul Kalkbrenner and Secret Cinema, anecdotes and statistics from the history of Awakenings and hundreds of photos from the Gashouder, NDSM, Rotterdam, Eindhoven and the festival. The book will be released on April 13.

Awakenings was first held in March 1997. The combination of high-quality production, the clear choice for techno and the iconic Gashouder in Amsterdam as location quickly made it the flagship of Dutch techno. Twenty years and over a million visitors later Awakenings is the largest techno party worldwide. The annual festival draws visitors from over eighty different countries.

Votes can be cast at www.awakenings.com/20years/1000tracks. You can already pre-order the book here.

The 20th anniversary this year will be celebrated with five parties in the Gashouder during Easter weekend, featuring performances by, among others, Derrick May, Joris Voorn, Ricardo Villalobos, Len Faki and Pan-Pot