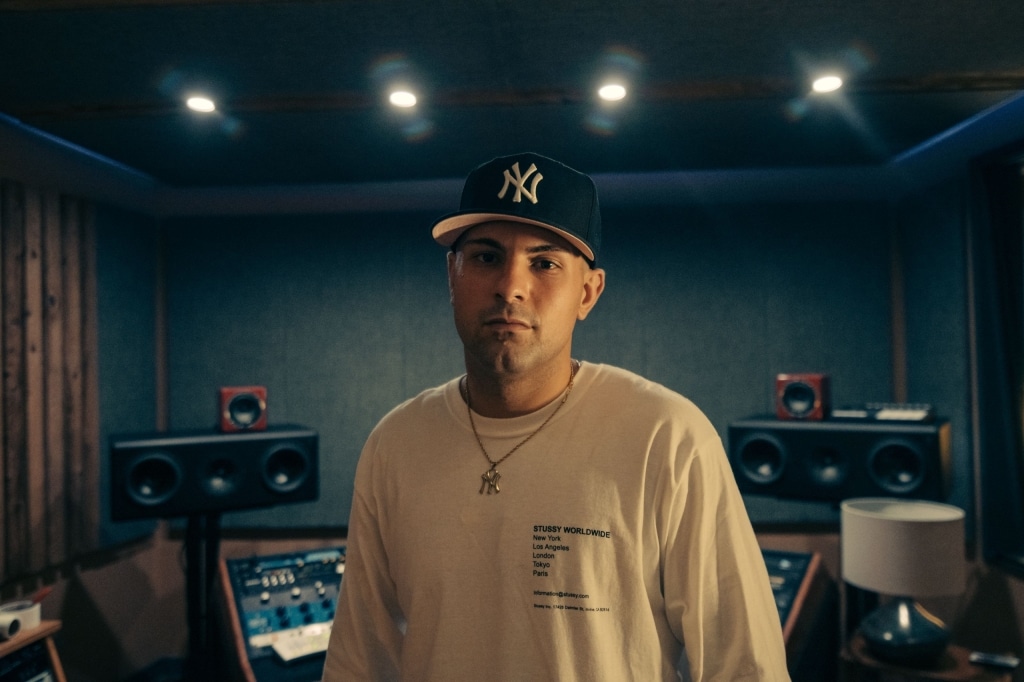 Avision grew up around the rich club culture of New York City, and is now part of a new wave of artists defining the contemporary techno landscape. He recently released his debut album In My Mind on Maceo Plex’s Ellum Audio imprint, and now presents a documentary of the same name chronicling his background as an artist. Avision sat down with 6AM to discuss his new documentary celebrating the release of his debut album and New York City club culture.

You can win a vinyl copy of Avision’s debut album In My Mind by subscribing to his YouTube channel and signing-up for 6AM’s e-mail newsletter. Follow the giveaway instructions below to be entered for a chance to win.

Hey Avision! We can’t wait to learn more about you and your work as an artist. What first got you into electronic music, and at what moment did you decide you wanted to do this as a career?

Hey guys, thanks for having me! My whole life, I’ve always been surrounded by music. I grew up playing the drums and piano by ear, and I started getting into DJing around 12 years old. I was surrounded by electronic music since I was born, and my father who is a singer/musician was into disco and house, so it was inevitable for me to get into it. The minute I decided to start DJing in nightclubs as a teen was when I realized that this was going to be my life.

For you, what makes our dance music community so special?

For me, I always felt our music community is something you can’t explain unless you’ve experienced it. It’s a really beautiful moment when you can bring people of all kinds together on a dance floor, and create memories for everyone.

Listen to Avision In My Mind

Ellum · Avision – In My Mind

Congratulations on your debut, In My Mind, on Maceo Plex’s Ellum label. Walk us through your inspiration behind the album.

Thank you very much. In My Mind was written during the pandemic, so a lot of emotion was bottled up for me. A lot of the inspiration came from New York in the 90s, along with everything that surrounds me. It was super important to represent where I’m from and the sound I’ve established over the years. Working with Maceo Plex is something I’ve been wanting for a long time, and to be apart of his Ellum family means a lot to me. Being that Maceo gave me the green light to do whatever I wanted to do, I was really on a mission to put out a sound that you haven’t heard from me before – something that plays along with my past and also represents my future. Working with Ellum is a blessing, and I can’t wait to do more with them.

Buy In My Mind here

Alongside the album, you were featured in your own documentary filmed and produced by Danny Drew. That’s pretty sweet. What was the process like making the film? What sparked the idea?

The documentary was something I wanted to put out to show the process behind everything, give my followers the story of how it started for me. A lot of artists tend to just put out music without any background or story, and I felt since this was my album I needed to tell the story that led me to where I am at today. I wanted to show another side of myself. Starting it off in Staten Island where I was born and spent my childhood, was such an amazing moment for me. It made me feel like I went back in time, all of the childhood memories came back to me, and I felt like a little kid again. Those moments transpired to where I am today, especially the moments that I had at the two clubs (Deko, and Club Abyss) that started my career, going back to the rooms that started it all was such an amazing moment.

Watch Avision: In My Mind Documentary (2022)

“This documentary is all about showing how it started for me. From my first club gigs, to the inspiration of the first track I wrote for my album, it captures the little details that played a huge part for me so far in my career. I wanted to pay homage to my beginnings, and I wanted everyone to know who I am as an artist and a person.”

In your opinion, why is it important to remember our roots?

Remembering our roots is so important as an artist. It’s a constant reminder to where it all started, why you are who you are. The beginnings of every journey play a part, and for me my childhood made me the man I am today.

Tell us a little more about the new brand collective that you’ve launched, Ground Rule.

Ground Rule is a collective I started to be an outlet for clothing, music, art and my party brand as well. The collective features many key parts in my life – you’ll see a lot of baseball influence, a lot of New York old school vibes with music, and clothing. My goal is to tie in the fashion, music, the branding and art to all work together but still be its own entity. I wanted an outlet to show what’s inspired me over the years, as well as an outlet to push quality over anything. I feel like this day and age everything is so disposable and I don’t want that with Ground Rule. It will take me time, and I’m going to start off at my own pace for now. There is a really big picture with this, and I plan to approach it differently then the average norm. We just had our first show in New York, and I couldn’t have been happier. Everything just felt right for me, and it makes me excited to start planning the next one!

I think the biggest lesson I’ve learned is there’s never going to be a moment where I feel like ‘I made it’, there’s always bigger, and better.

From when you first started to now, what has been one of your greatest lessons?

I think the biggest lesson I’ve learned is there’s never going to be a moment where I feel like “I made it”, there’s always bigger, and better. My career has changed immensely over the last few years and if I told myself where I would be right now two years ago, I would have thought that was it – I finally did it. In all reality though, I don’t ever see myself saying that anymore because there is so much more to do, and so much more I want. At the end of the day it’s about staying hungry.

Any advice you have for aspiring DJs and producers?

Stay humble, work your ass off, don’t let anyone ever tell you that you can’t do something. Push your talent, and back it with hard work. Lastly, care about your craft, and learn it to the best of your ability.  Do it properly!

What are you looking forward to most in the future? Any new music or other projects on the horizon?

I’m looking forward to so much this year. I have a bunch of shows lined up for March, including Chicago, Montreal, New York, Miami Music Week, and in Austin. I’m also headed to India for the first time in the beginning of April for two shows – one in New Dehli, and the other in Goa.  Musically, I just dropped my single “Party Started” feat Strafe, which is also a part of my EP coming out on March 25th. I’m also looking forward to heading over to Europe this summer, and dropping more music!

Keep On Dancing, Keep On Smilin’.