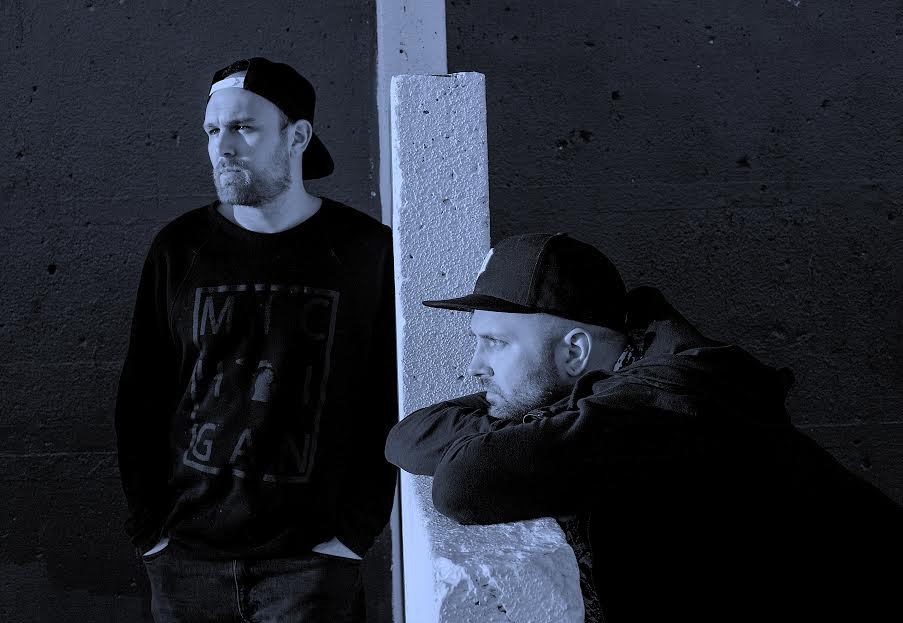 The essential Detroit duo of Ataxia make more big moves with a fantastic new EP on Play It Say It.

Ataxia had a huge year in 2018 with EPs on this label, Visionquest and Kevin Saunderson’s KMS following other releases on Leftroom and Nervous. All the while they have maintained their now ten-year residency at top Detroit venue TV Lounge and in the studio they continue to breathe new life into their grooves with elements of acid, cyberpunk and futurism that have found favour from the likes of Seth Troxler, Jamie Jones and Marco Carola.

With Detroit as a main influence behind their project, we asked the 313 duo to share five key Detroit joints that they’ve been personally gifted by other talented producers:

“Five Detroit Joints, some to dance to, some to drive to…selected out of records given to me personally by the producers. Thank you to these people for sharing their music generously.

It’s been a pleasure to share their music with dance floors and internets alike.” – Ataxia

Rolling piano, eerie theremin vibe on the lead, tight syncopated percussion take the A-side listeners on a journey that goes far beyond a moment on the dancefloor. I’ve had people come up to the booth while playing it and straight-up Shazam it and take video of it on the turntable.

Luckily I copped it from Patrice on the dance floor @ Marble Bar Detroit when it was still a white label, so it’s impossible to see what it is on the platter. Although I suppose now that it’s being dropped in this article the secret is out! p.s. I promise the youtube link will not do it justice like wax on a platter in a room with proper sound.

Marcellus Pittman – Revenge For Nothing

Another piece of gold given to me by a favorite producer of mine on the dancefloor at Marble during a party. Side note, it’s a dying culture of carrying your new releases to the club to share with other DJs. DO IT! It’s the ultimate olive branch between people who may not know each other but know they may appreciate your record. Marcellus got a real kick out of me telling him the printed label looked trippy when on rotation. The cut is a trip as well, a monster of a Detroit Techno heater. Off-kilter analogue grit and shuffled drums always seem to peak people’s dance floor madness.

Something in this cut takes me away to a timeless place…It sounds like driving in Detroit in the 80s to me. The way the bassline grooves with the arpeggiated pads swirling around as the classic 727 percussion locks it all in place is a dream come true for one on a quest for that essential Midwestern vibe. Elements of Chicago house blend in with a low slung dreamscape carved out by the lead synth. Copped this one on CD @ Omar S’ warehouse on the east side of the city during a lazy early summer afternoon chopping it up with him about some upcoming stuff we are working on. Great for the club, maybe even better in the ride!

The Carl Craig remix is an absolute barnburner. The charge of the kick drum and piano stabs take charge in this one as the lead line and stabs sail over the top of the mix. Guaranteed to send your party into overdrive. Received this gift from Delano on the TV Lounge patio in the year of its release, back in 2012. It’s the gift that keeps on giving, I’ve seen this record work every time it’s on!

Norm’s full-length album for FXHE is definitive Detroit house music. From the iconic artwork to the brilliant sheen of hi-hat laden deep house, Norm shows he knows how to put together a cunning and compelling collection of moody dance cuts to form a cohesive offering as a full-length LP.

The week it was printed, I met with Norm @ the local grocery store for a bit to talk shop, and he popped this disc out of his player in the car and it hasn’t left mine since. The wax works great too @ the gigs, but the CD is a perfect road companion through the greatest city in the world to drive in…the Motor City.