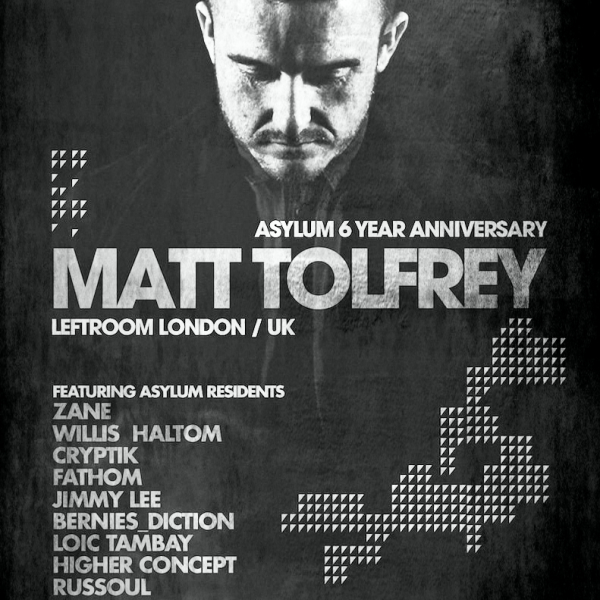 The humble story of this boutique nightclub on the Island of Oahu have been getting global recognition ever since landing on the DJ Mag top 100 Club ranks in 2011 and have managed to stay on that elite list for the past 4 years. Their island vibe approach towards the scene has deemed them one of the friendliest and welcoming group constantly hosting special guests in the likes of Dubfire, Nina Kraviz, Lee Foss, Justin Martin, Mr. C, Lauren Lane, Endo, Benoit & Sergio, Tim Green, Steve Prior, Sugiurumn, disCern, Ardalan, and more.

Last year, the club took a major shift by launching their own record label, Asylum Confidential, which aims to bring quality electronic music from Hawaii to the world showcasing their own roster’s productions as well as linking up with artists for remix and collaborations such as Matt Fear, Butane, Corey Baker, Ardalan, Nikko Gibler, and many more. The label which ties nicely in to their club brand will pave the way for Asylum’s ultimate vision and goal. While the movement in Hawaii may be humbling, the impact they are making is creating waves that can be felt across the global electronic music community.

If you happen to be in Honolulu this weekend we highly recommend checking out Asylum for their 6th year anniversary. If you’re lucky enough to stay through the end and beyond, a Sunday boat gathering should be in store as part of their weekend tradition. Event info and tickets can be found here.