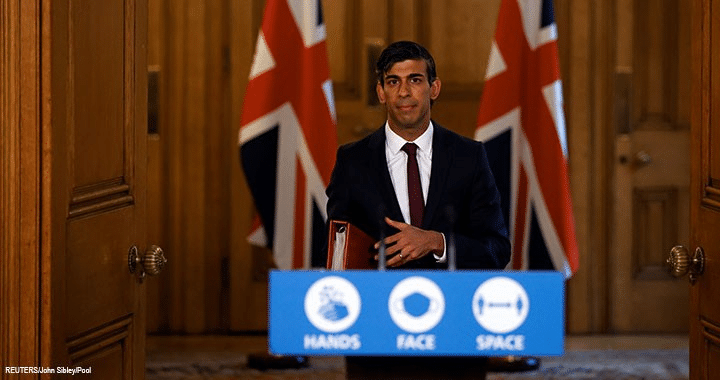 How would you like it if someone told you your job was expendable? Thanks for coming, but you’re not needed anymore. These may not have been the exact words UK Chancellor Rishi Sunak said in a recent interview, but what he said certainly didn’t inspire confidence in the government’s intention to help struggling artists during COVID-19. He encouraged artists to consider “new opportunities” that will be made available through government resources. “I can’t pretend that everyone can do exactly the same job that they were doing at the beginning of this crisis,” said Sunak. The UK has already lost almost 750,000 jobs since the start of the pandemic, and the UK Chancellor expects that number to grow.

Pandemic-related job losses have been unprecedented, and many artists feel a lack of economic support. Undoubtedly, the UK has given the world some of the best musicians across all genres. Elton John, Adele, Amy Winehouse, Eric Clapton the list goes on. In the world of electronic music, there’s a long line of influential artists. Carl Cox, Richie Hawtin and Annie Mac are all from across the pond. Without these lists of artists, music wouldn’t be where it’s at today. Societies are being forced to react, not adapt, to a drastic societal shift, and certain industries are feeling COVID-19’s impacts at greater lengths.

“As the months go by I am getting more and more frustrated at the UK government for their complete lack of support for the music/entertainment/live sector,” said UK artist Maya Jane Coles in a recent post via Instagram. “An industry that generates multi-billions each year, yet the majority of its workers just left aside. Not allowed to work, but many also not eligible for ANY type of support. Leaving out the people that aren’t seen as ‘viable’?”

The Arts Are Underfunded & Underappreciated

Despite gaining a lot from music and arts both emotionally and mentally, it’s an industry that is often overlooked. People enjoy to partake in it but little investment is made. It pumps monies into economies but sees little return. In the UK alone it flooded its economy with more than £100bn in 2017. Funding for the arts and music has been an uphill battle.

The arts and music sectors have had to fight tooth and nail for any state or federal funding. It’s seen at a fundamental level in the educational sphere with music and art education often left in the cold. A BBC survey in January 2018 showed nine out of 10 secondary schools had cut back on lesson time, staff or facilities in at least one creative arts subject. If music and the arts aren’t championed for early on it’s no surprise they continue to be cast aside as auxiliary pillars of society.

64 percent of UK musicians are considering leaving the industry.

According to a recent survey from Encore Musicians, a musician booking platform

Later the UK Chancellor clarified his comments on new employment opportunities should be considered by all and not just artists. However, the new Job Support Scheme recently announced muddies the water as it seeks to support “viable jobs.” It is a replacement for the government’s furlough scheme and will take effect on November 1 running for six months. This leaves the question: what is a “viable” job? Are music and the arts expendable? Music, especially in the dance music community, has helped many cope with the ongoing pandemic. To tell artists who’ve devoted their lives to their craft to find “new opportunities” shows the little value placed in the creative industry. The government needs to do more for artists and the greater industry at large.

Put literally everything I have into the last 18 years of my life. I don’t feel I’m entitled to anything but I don’t think it’s right it’s just being taken away. Some serious fuckeries happening right now and it’s just being let happen

Regardless, artists and others in the music industry have taken action against what they feel has been inaction from their government. The “Let Us Dance” campaign is a pledge on behalf of nightclubs, dance music events, and festivals asking for financial support to survive the pandemic. It has already gained more than 125,000 signatures and will be debated by Parliament. An additional petition has surfaced to give further financial support to the events and hospitality industry. Even if businesses are able to open in December, months profit won’t be enough to keep us open in 2021. They need additional financial aid.