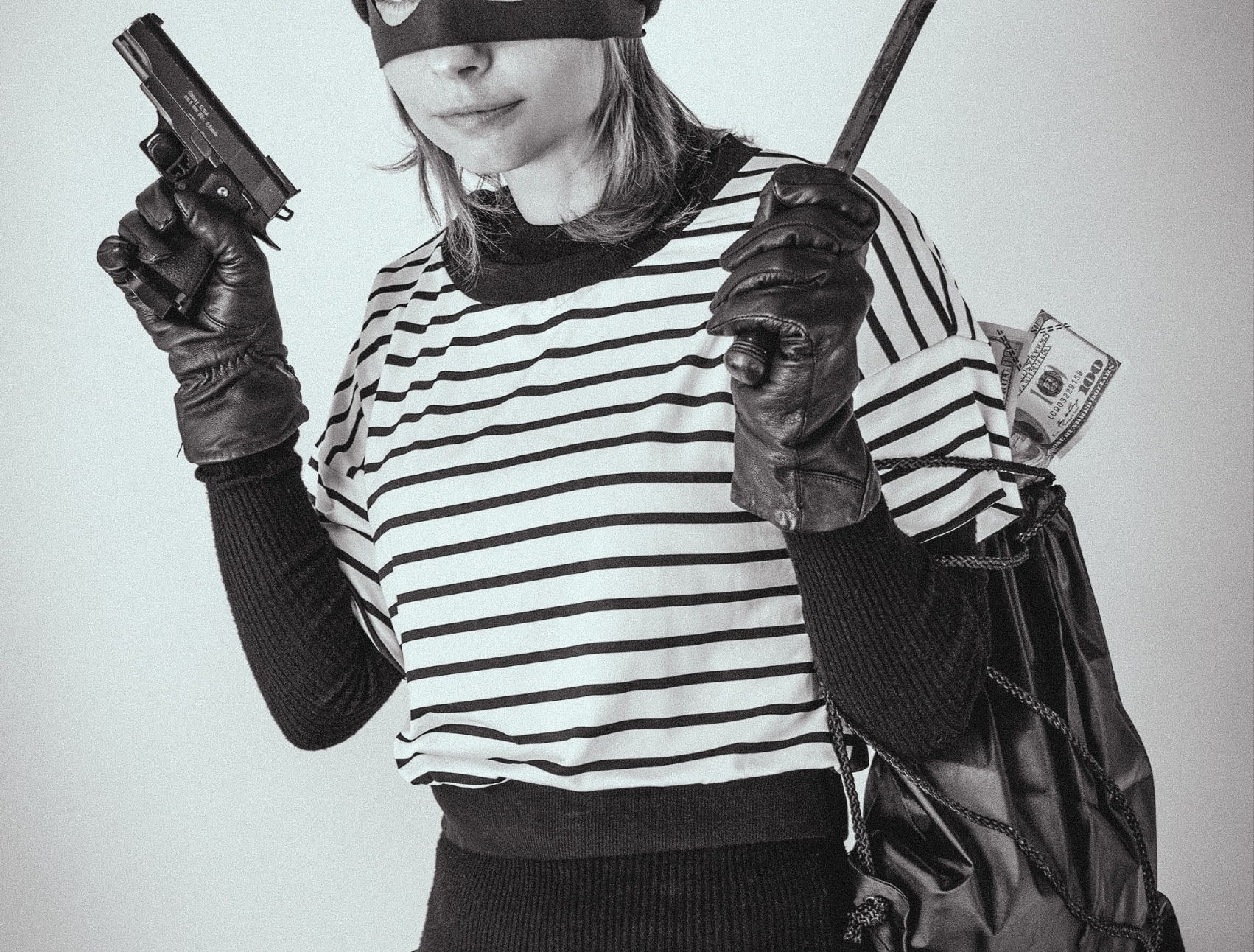 In a Twitter exchange, not even a full day ago (May 12, 2022) it was revealed that artist Toni Alvarez had taken two classic works of Richie Hawtin (“Minus Orange” and “Spastik“), did minor modifications and tried to resell it as his own original work. 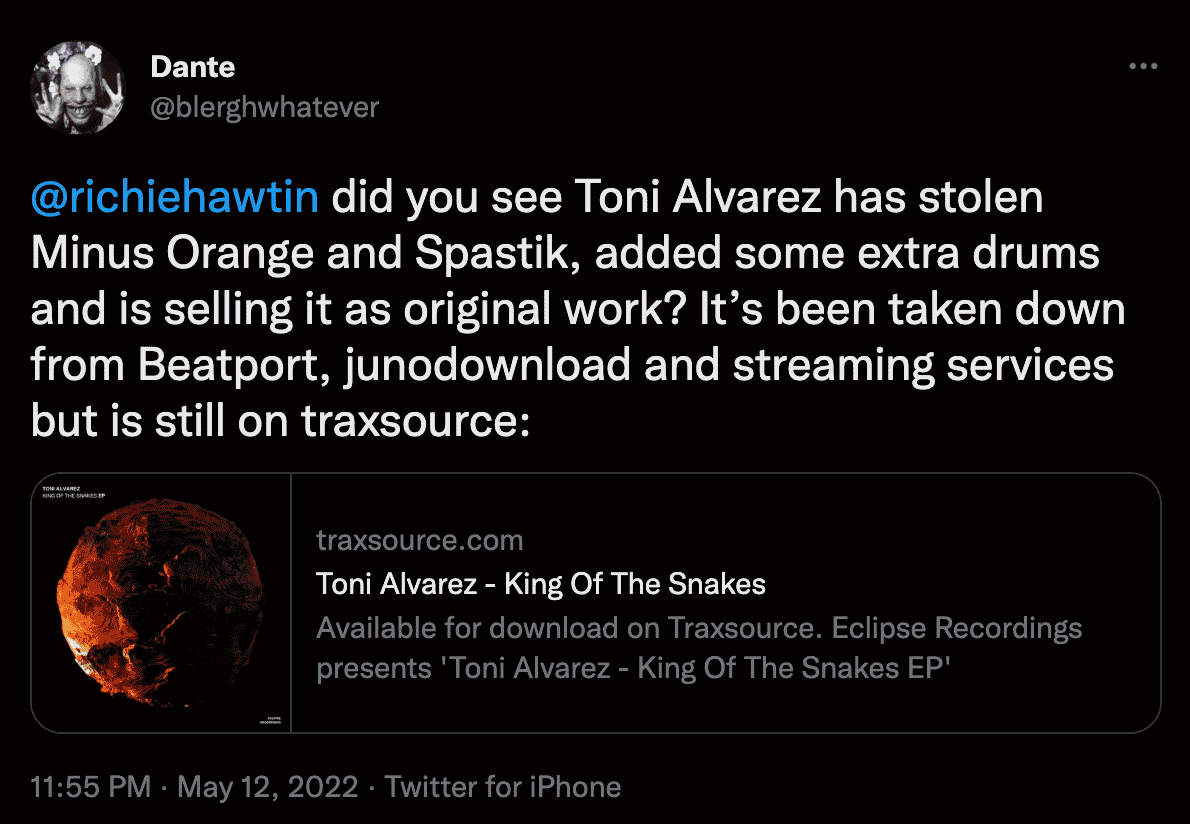 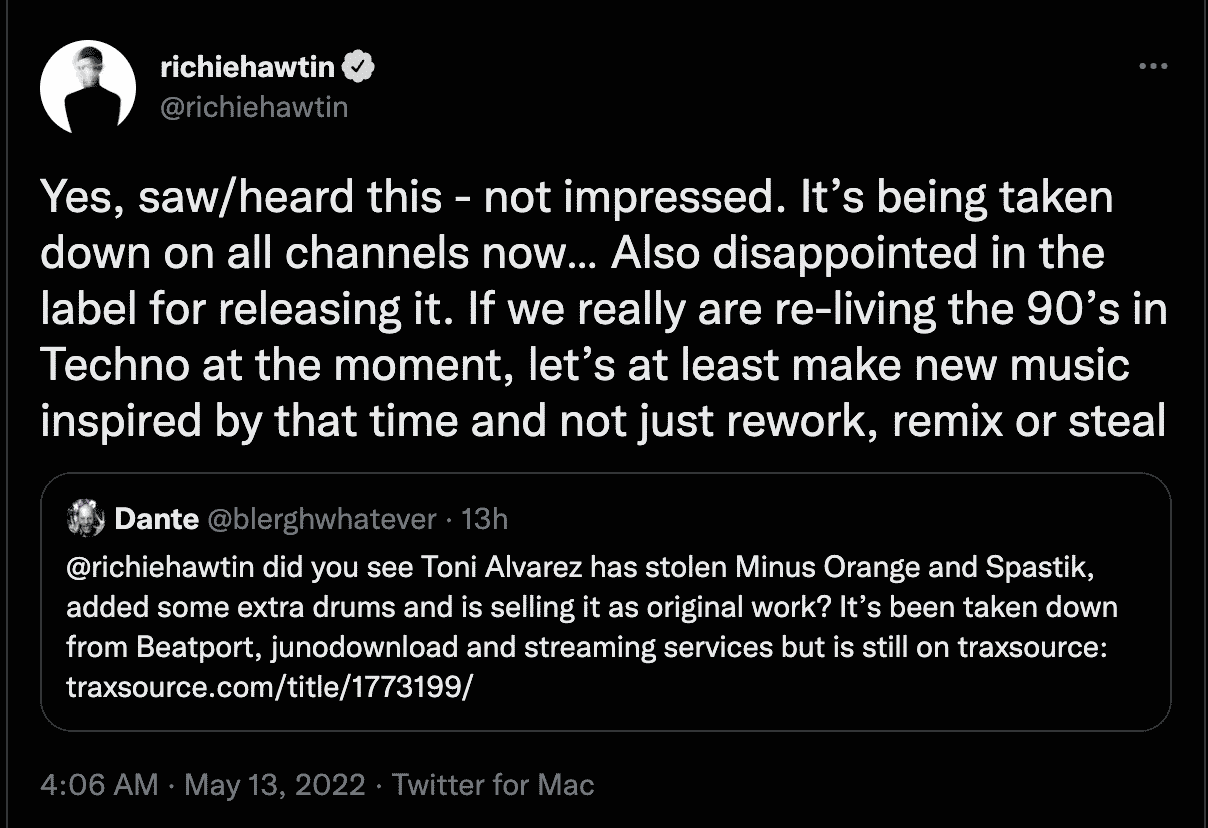 Of course, sampling, bootlegging and similar sounding tracks happen all the time- however if you care to take a listen yourself, the statement that, “Toni Alvarez has stolen Minus Orange and Spastik, added some extra drums and is selling it as original work…” is fairly accurate. Although Alvarez may not be well known, the creation of the tracks were enough to catch the attention of Hawtin.

As mentioned above the tracks were pulled from most platforms but are still available on Traxsource (for now). Hilariously and frustratingly enough, Alvarez didn’t even try too hard to hide the plagiarism as he named the tracks “Mns Orange” and “Splastiks”. One would also note within the same EP the title track “King Of The Snakes” is also highly likely a rip off of Underworld‘s classic “King of Snake” (unless permission was given of course… but highly doubtful).

It was later noted on twitter that the track “Hot In Hell” was also a rip off of : 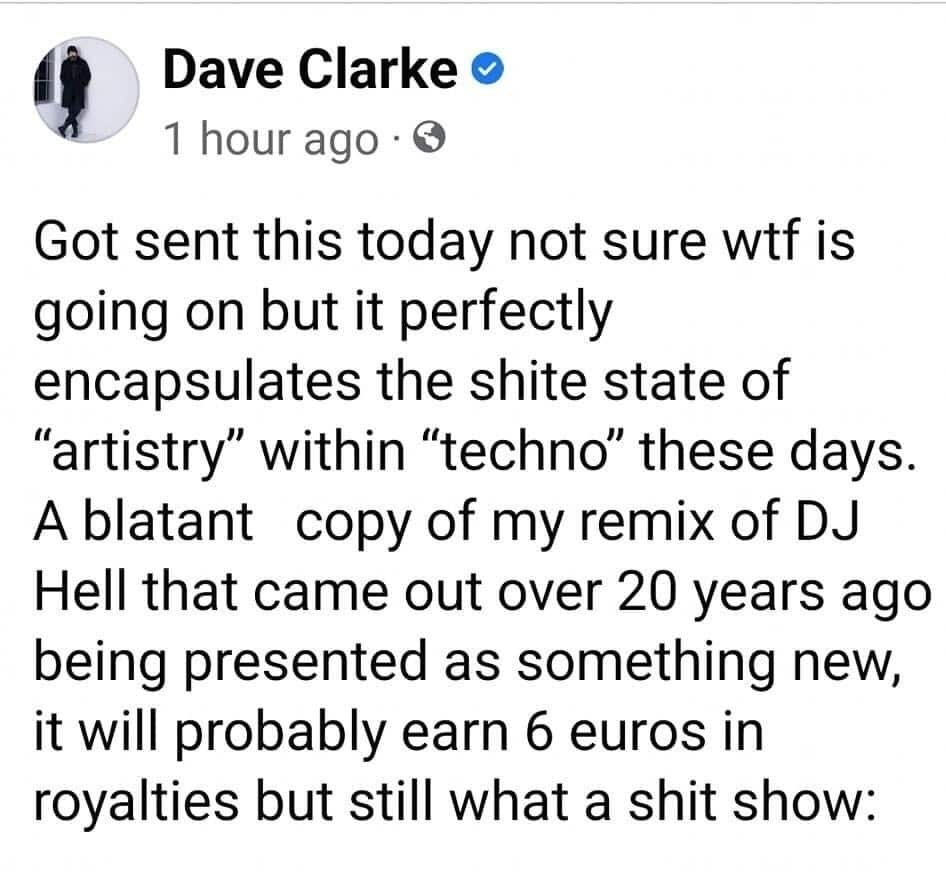 Read Next: #TBT Series: The Evolution of Richie Hawtin’s Sound From 1996 to Today