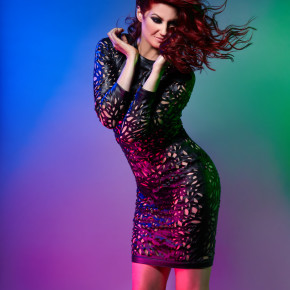 Toronto, Canada has produced some extraordinary talent when it comes to the underground electronic music scene. Sydney Blu is one of the top female DJ’s in the industry and she has solidified herself as one of the heavy hitters who came up in Toronto nightlife scene. Deadmau5, Carlo Lio, Nathan Barato, Kenny Glasgow and Sydney Blu are just a few of the names that have risen the ranks of top DJ’s while calling Toronto their home. Toronto has provided incredible dance floors for local DJ’s to sharpen their skills at clubs like Coda, The Guvernment (RIP), Film Cafe, X-it, System Soundbar and Comfort Zone (CZ).

We caught up with Sydney Blu to chat about her Canadian roots, musical influences and her latest project, Relentless, which is her first full length EP released on Black Hole Recordings. Sydney Blu’s Relentless is set to launch on July 27th with a huge album release party at Sound Nightclub in Los Angeles for Monday Night Social.

Your Blu parties have been wildly successful in Miami during WMC, Toronto and now Los Angeles. What’s the next step for the Blu party series and what can we look forward to in the future?

The BLU Party series is an ongoing event series in which I showcase myself with other artists that inspire me. I plan to continue them and hopefully expand globally. We almost went to Ibiza this summer but my album got in the way of that…definitely next summer. We will definitely be bringing the event to more festivals as well.

Completing an album can be a long and grueling process. How many hours did you put in the studio and what kind of sound can we expect to hear compared to your previous releases?

It is House and Techno. I have no idea how many studio hours but I would say I started writing it about 2 years ago. The process was LONG. Looking forward to finally releasing it.

You came up in the Canadian underground scene having spent a lot of time in Toronto which is a very musically and culturally diverse city. What artists do you credit as shaping your original sound as well as some artists that still influence you today?

In Toronto, probably all the DJ’s I came up playing with. Those would be DJ’s like Carlo Lio, Nathan Barato, Kenny Glasgow, The Junkies; those are guys that are known on a worldwide basis…there are so many more though. I am the artist who am because of Toronto for sure.

How would you describe the underground electronic music scene in Toronto when you originally started and how has it changed over the years?

Well its changed a lot. There is a whole new group of younger people in the scene. Its still very authentic though. It has always been a driving force with House music and underground music. We are so close to Chicago, Detroit and NYC. Those cities are probably the top cities for underground and house music in the US, so being close to those cultures influenced us…same with Montreal.

Toronto, Montreal and Vancouver have an incredible vibe, great crowds and some top notch clubs and festivals. What do you feel are some of the differences in the Canadian club scene versus the US nightlife scene.

Raves are still pretty big in the US, they aren’t in Canada. We have big parties but no one wears furry raver boots lol. We are very influenced by Europe…especially Toronto and Montreal. Those are a couple differences off the top of my head.

In your opinion, what makes a perfect afterhours DJ set?

When the DJ takes the crowd on a long journey and can captivate them and send the audience into a trance. People go to the club to lose themselves…the DJ needs to know how to orchestrate that.

If you had to choose a favorite afterhours club to spin at, what would it be, and why is it so special?

What are a few of your favorite tracks (classics and/or new releases) to drop during an after hours set?

Plastic Dreams by JZ!!! Big classic for me ….a new dope afterhours track is our new one coming out soon on BLU Music by Simon Doty called INO. Proper techno. The stuff we have coming out on BLU Music right now is huge!

Make sure to check out 6AM’s “Relentless” album preview as well as Sydney Blu’s other banging releases on BLU music and of course catch her live when she comes to a dancefloor near you!