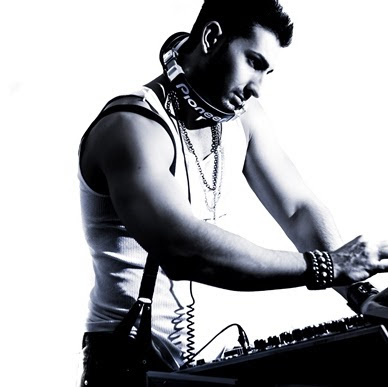 Many artists work hard. Some work harder. Etai Tarazi falls into the latter category. Making New York his home, Etai has had an incredible year with releases on Nicole Moudaber’s MOOD Records as well as a handful of releases on Octopus Recordings. With a distinct style of driving techno, he has an uncanny ability for making speakers rumble and having dance floors go absolutely insane. We recently had the opportunity to catch up with the talented New Yorker.

His music and DJ sets speak for themselves, but as a person, Etai Tarazi is an incredibly humble artist who appears to be determined at fulfilling his own personal goals and dreams. His career is off to a phenomenal start too. With support from industry heavy weights such as Nicole Moudaber, Gregor Tresher, and Adam Beyer, Etai Tarazi is certainly gaining traction in the techno community, and the future is looking very bright.

In between gigs and studio time we asked Etai some questions about his feelings on New York, his relationship with Sian and Octopus Recordings, plans for 2015, and more.

You were a DJ before becoming a producer, correct? At what point did you make the transition and realize that creating techno would be your calling?

My initial intention was to become a DJ; to experience the club atmosphere while connecting with the crowd. After I achieved that, I thought why not share that experience with my fan base with music that I had created. Everything progressed so fast and here I am today.

New York is such a vibrant city, do you draw a lot of inspiration and energy from the city?

New York is one of the greatest cities in the world where the energy is wild and never sleeps. Home to some of the best residencies around from Danny at arc, Johnny at factory and Victor at Crobar. This city is full of inspiration. Seeing these guys in action and what they do to crowd inspired me to do what I do today. I hope I have a similar effect on my fans.

After my release on Mood records, Sian was a big fan and supporter of my track “No No No”. He contacted me shortly after to release an EP on his label which I was more than happy to do.

Etai Tarazi – No No No [Mood Records] 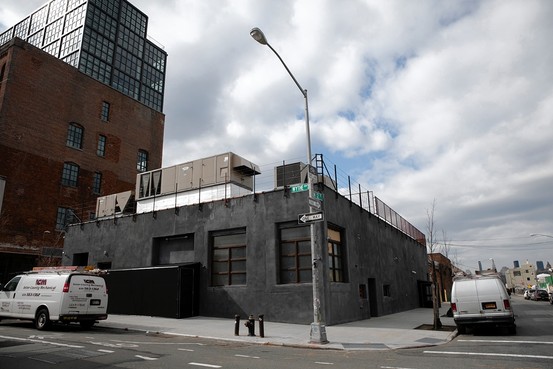 How was your set at Output with Sian in November? Was that the first time you two shared a night on the same lineup?

Yes not only was it the first time I spun with Sian but it was one of the best sets I have ever done. Mostly due to the fact that the energy in that room was UNBELIEVABLE!!! Wow! The room was slammed with people having their best experience at Output. Indescribable.

You’ve had some great gigs at Output this year. It’s said to be one of those clubs that is a must-visit for any fan of techno, or dance music in general. For you, what makes it such a great place?

First off I have never spun at a venue with such professional staff and sound system. What makes Output very unique compared to other clubs is that it strays away from the “club” atmosphere. There is not any oversold bottle service or pictures allowed. which for someone with as much passion as I have, means a great deal because the crowd is there strictly for the music!

What is the community like in New York for club life and music? I’m curious to hear what you have to say about how the scene is developing.

In today’s scene in NY there is constant change. New DJs and the sound that comes with them pop up every weekend. What has recently been huge for the industry is the arrival of new venues across the board: Output, Verboten, Space NY and rumor of re-opening Sound Factory to name a few. These venues invite new sounds and culture that propels techno in NY forward.

This year you also made appearances at Treehouse, Miami as well as La Famiglia’s party in Montreal. How were those experiences? What are some of the main differences in club culture you notice from city to city?

I love the diversity I find anywhere I spin; even with such drastic setting changes like Miami to Canada! I mix a variety of genres into my sets; depending on the vibe of the venue I’ll cater to how I feel the crowd would respond best. Miami I played a more percussion heavy set when compared to most recently in Canada my set was more deep house & Melodic Techno.

What was one of your most memorable moments this year?

March 2014 was a huge month for me. I was most excited to have the chance to spin side by side with two of the most inspirational dj’s in the game; Adam Beyer & Nicole Moudaber. Both parties fulfilled dreams that I’ve had since entering the music industry.

How is the beginning of 2015 looking for you?

Phenomenal. An idea I’m pursuing is to heavily focus on gaining representation on industry leading labels. I’m also working with new sounds that I think will reach bigger audiences and support my movement to gain such necessary support for growth.

What are your plans for New Years?

My plan is to spend the night with close friends and family. I am not spinning anywhere as of yet but you can bet your bottom dollar I’ll be in the NYC techno scene somewhere.

Sounds like a good plan to me! You’re certainly on the right path for a great new year. Thanks for the time, we wish you all the best in 2015!

With his current momentum, expect Etai Tarazi to make even bigger waves in 2015. With continued support from artists like Sian and memorable DJ sets, there’s no doubt in our minds that Etai will accomplish his goals and more. Make sure to keep an eye on him as he’s sure to be a name that you’ll see more often.