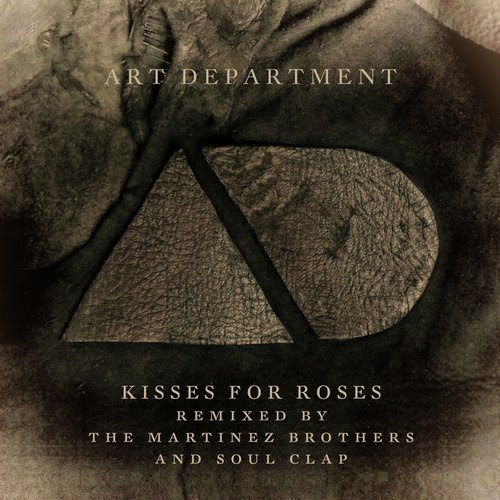 Art Department has continued to gain momentum the past year, despite the surprising departure of Jonny White’s musical partner, Lenny Glasgow. The Canadian duo split several months ago when Kenny Glasgow left to pursue other musical and business goals, although Jonny White has continued to keep the Art Department project going. Following the success of Natural Selection, he has solidified Art Department’s position at the forefront of the dance scene through a number of releases on his No. 19 Records. Most recently, this came via a remix pack for Kisses for Roses, a solid vocal track from Natural Selection (No. 19, Ultra).

The Kisses for Roses remix pack includes a re-release of the original, along with 3 remixes from heavy hitters The Martinez Brothers and Soul Clap (the latter contributed both a vocal remix and a dub mix). The Martinez Brothers deliver the upbeat jackin’ energy they are so loved for, stripping the song back and adding some thumping drums.

Soul Clap, on the other hand, puts a more mellow touch on both of their remixes, creating funky jams perfectly suited for any pool party or after hours dance floor.

In addition to this killer release, No. 19 record label in and of itself has been having an incredibly strong year; Jonny White has curated some of the finest talent, the likes of which can be heard on the label’s recent Spring Sampler compilation, including tracks from Kenny Glasgow and many more.