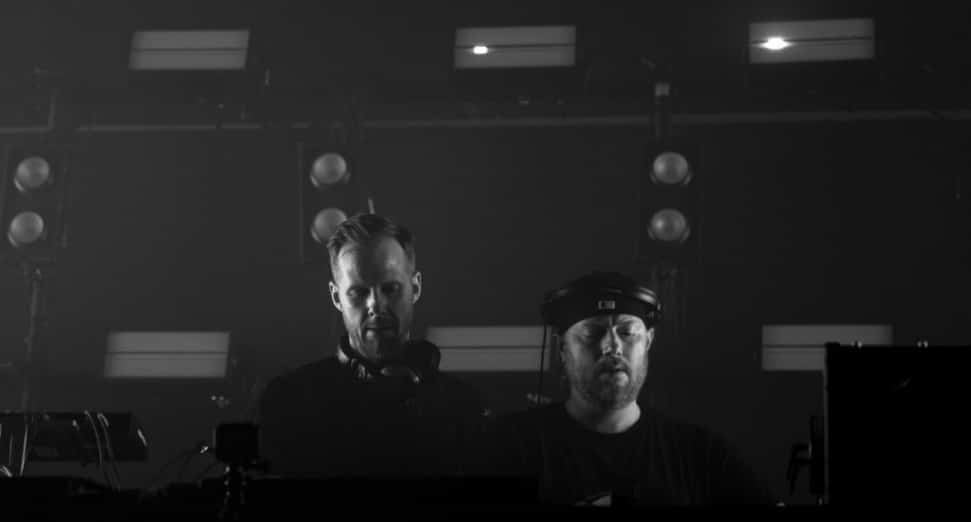 ARC Music Festival will debut on Labor Day Weekend in Chicago’s Union Park, and with it they present a lineup that blends the more underground sounds of electronic music, with a focus on Chicago House, well-known big room Techno names and genre-blurring Electronica artists.

There are few cities that can lay claim to feeling, an idea, and a community as their identity like Chicago. House music remains the city’s gift to the music world, a sound that has shifted shape and style as it travels, relinquishing boundaries and connecting fans. Such stands as the ethos of ARC Music Festival, a new immersive dance music event set to gather a global audience Labor Day Weekend 2021 at Chicago’s Union Park.

The lineup will welcome one of dance music’s most celebrated stars Eric Prydz, as he takes over the city with all three of his renowned projects, making ARC the first event to host all three of his alias’ in a single weekend. Attendees will also be treated to festival sets from Eric’s namesake identity, the US festival debut of Cirez D alongside Drumcode legend Adam Beyer, as well as his progressive house alias Pryda for a closing party at RADIUS available for purchase by festival-goers only. Prydz’s live shows, which have featured numerous iterations under the EPIC banner, have become some of the most respected and admired in music, breaking technical boundaries and wowing fans and the industry alike.

The debut festival also welcomes modern house music icons FISHER, Patrick Topping, Seth Troxler, Hot Since 82, Camelphat, Meduza, Will Clarke, Mason Maynard, and a special club set by Bob Moses, alongside the city’s own heroes Derrick Carter, Gene Farris, DJ Pierre, DJ Heather, and Hiroko Yamamura. The international techno scene will be represented by Deborah de Luca, Luciano, and Nicole Moudaber while ZHU brings his renowned multi-genre live performances to center stage in Chicago. It is this diverse programming that will come to illustrate the ARC curation, bridging genres and acting as the connective tissue between the scene’s contemporary innovators and the city’s founding members of dance.

Renowned Spanish party outfit Elrow will make its North American multi-day festival stage takeover debut at the inaugural edition of ARC, bringing its renowned psychedelic production and outrageous surprises to Union Park in full force. Elrow’s signature stage design, performers and hijinx have made it one of the most celebrated brands in the world, touching down for bespoke events annually in Barcelona, Ibiza, New York, London, Dubai, Miami, Las Vegas, Sydney and many more key markets. 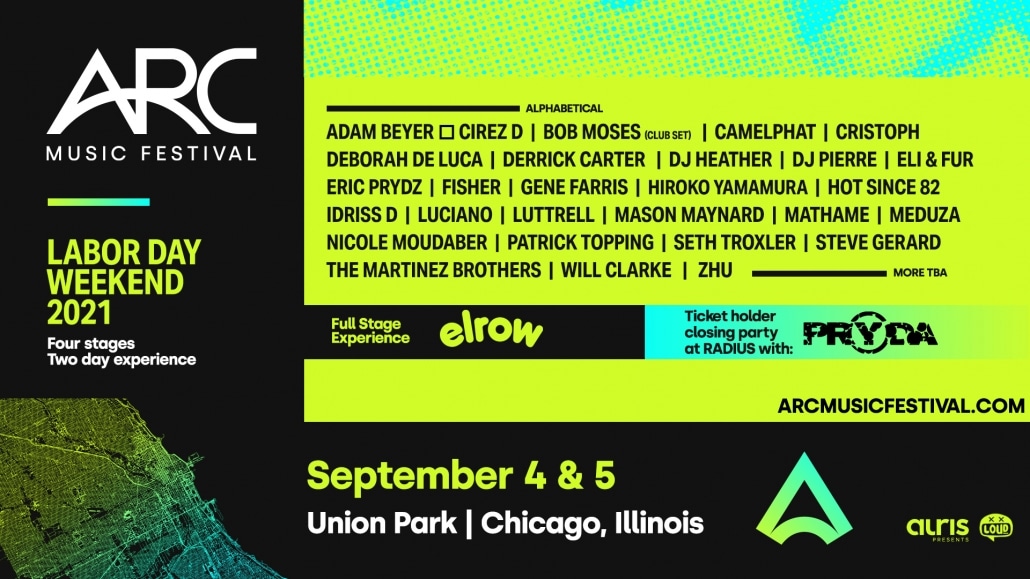 ARC will extend far beyond the music, creating a cutting-edge experience that mirrors the culture and artistry of its host city. Attendees can expect curated production elements and art to guide them between each of four immersive stage environments. The event will also act as a showcase of Chicago’s culinary prowess, offering an elevated and distinctly local event. These efforts will be led by the newly formed Auris Presents and Loud Crowd teams who bring collective decades of professionalism from their independent endeavours at Paradigm Presents, BAM Creates, and more. ARC fans will also be treated to intimate after parties across Auris and ARC partner venues RADIUS and PRYSM, with others to be announced.

Attendees can sign-up for the exclusive pre-sale immediately at www.arcmusicfestival.com.